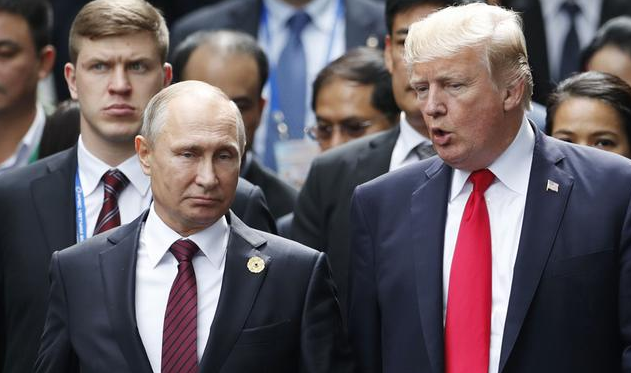 President Donald Trump could have been more deft and diplomatic in how he engineered that immediate pullout from northeastern Syria.

Yet that withdrawal was as inevitable as were its consequences.

A thousand U.S. troops and their Kurdish allies were not going to dominate indefinitely the entire northeast quadrant of a country the size of Syria against the will of the Damascus regime and army.

Had the U.S. refused to vacate Syrian lands on Turkey’s demand, a fight would be inevitable, whether with Turkey, Damascus or both. And this nation would neither support nor sustain a new war with Turks or Syrians.

And whenever the Americans did leave, the Kurds, facing a far more powerful Turkey, were going to have to negotiate the best deal they could with Syria’s Bashar Assad.

Nor was President Recep Erdogan of Turkey going to allow Syrian Kurds to roost indefinitely just across his southern border, cheek by jowl with the Turkish Kurds of the PKK that Erdogan regards as a terrorist threat to the unity and survival of his country.

It was Russia that stepped in to broker the deal whereby the Kurds stood down and let the Syrian army take over their positions and defend Syria’s border regions against the Turks.

Some ISIS prisoners under Kurdish control have escaped.

But if the Syrian army takes custody of these prisoners from their Kurdish guards, those ISIS fighters and their families will suffer fates that these terrorists have invited.

Denunciation of Erdogan for invading Syria is almost universal. Congress is clamoring for sanctions. NATO allies are cutting off weapons sales. But before we act, some history should be revisited.

Turkey has been a NATO ally, a treaty ally, for almost seven decades. The Kurds are not. Turkish troops fought alongside us in Korea. Turkey hosted Jupiter missiles targeted on Russia in the Cold War, nuclear missiles we withdrew as our concession in the secret JFK-Khrushchev deal that ended the Cuban missile crisis.

The Turks have the second-largest army in NATO. They are a nation of 80 million, a bridge between Europe and the Middle East. They dominate the Dardanelles and the Bosphorus, the entrance to and exit from the Black Sea for all U.S. and Russian warships.

U.S. warplanes are based at Turkey’s Incirlik air base, as are 50 U.S. nuclear weapons. And Turkey harbors millions of refugees from the Syrian civil war, whom Erdogan keeps from crossing into Europe.

Moreover, Erdogan’s concern over the Syrian Kurdish combat veterans on his border should be understood by us. When Pancho Villa launched his murderous 1916 raid into Columbus, New Mexico, we sent General “Black Jack” Pershing with an army deep into Mexico to run him down.

With no allies left fighting on our side in Syria, the small U.S. military force there is likely to be withdrawn swiftly and fully.

Today, the Middle East and world have been awakened to the reality that when Trump said he was ending everlasting commitments and bringing U.S. troops home from “endless wars,” he was not bluffing.

The Saudis got the message when the U.S., in response to a missile and drone strike from Iran or Iranian-backed militias, which shut down half of Riyadh’s oil production, did nothing.

Said Washington, this is between Saudi Arabia and Iran.

Hence, it was stunning that the administration, at the end of last week, under fire from both parties in the House and Senate for “abandoning” the Kurds, announced the deployment of 1,500 to 3,000 troops to Saudi Arabia to bolster the kingdom’s defense against missile attacks.

The only explanation for the contradiction is Sen. Henry Ashurst’s maxim: “The clammy hand of consistency should never rest for long upon the shoulder of a statesman.”

Yet, this latest U.S. deployment notwithstanding, Saudi Arabia has got the message: Trump will sell them all the weapons they can buy, but no Saudi purchase ensures that the Yanks will come and fight their wars.

Thus, the Saudis have begun negotiating with the Houthi rebels, with whom they have been at war in Yemen since 2015. And they are seeking talks with Iran. A diplomatic resolution of quarrels seems to have come to commend itself to Crown Prince Mohammed bin Salman, once he learned that the Americans do not regard Saudis as we do NATO allies.