Since last month, apartment rents saw minor declines in more than half of the cities we analyzed. Small and large cities lead the trend, with prices dropping in 59% of small cities and 56% of large cities, while 42% of mid-sized cities saw their rates dwindle in September.

September Rents in the 20 Largest Mega-Hubs

The Rent Cafe does not use seasonal adjustments, so for comparison purposes the last time the BLS had rents dipping was March of 2010.

The numbers are not directly comparable because the Rent Cafe uses dollars while the BLS uses an index. Also Rent Cafe Data does not go back as far as the BLS. 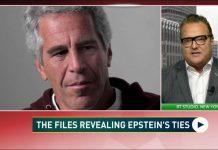 Tell No Tales: The ties to Jeffery Epstein