A report from the Wall Street Journal outlines a request by lawyers for the fake CIA ‘whistleblower’ that ultimately spells doom for the entire phony construct of the impeachment construction by anonymous complaint.

The Wall Street Journal is reporting the anonymous gossipers’ lawyers are now requesting official impeachment testimony by letters not an in-person appearance.  If this is accurate such a request speaks directly to the abject stupidity of the claim:

WASHINGTON—Lawyers for the CIA officer whose whistleblower complaint helped ignite an impeachment inquiry into President Trump have asked Congress whether their client could submit testimony in writing instead of appearing in person, according to people familiar with the matter.

The request reflects concerns about whether the whistleblower could testify to Democrats and Republicans without revealing his identity, and fears that doing so would lead to it being publicly leaked, jeopardizing his personal safety. The intelligence committees haven’t yet responded to the inquiry about potential written testimony, the people said.

Spokeswomen for the House and Senate intelligence committees didn’t respond to requests to comment.  (read more)

It was already ridiculous to think a presidential impeachment, to remove the most powerful elected political representative of The United States, could continue based on an anonymous complaint.  However, expecting the same complainant/accuser to remain invisible during the process is so far beyond nonsensical, the light from where nonsense emanates wouldn’t reach this narrative for a year.

Yes, feel free to pummel the left-wing nuts based on the absurdity of this request.  Only the most raving Moonbat imaginable would think they could impeach a sitting U.S. President via a ‘Dear Sir’ complaint letter to congress.

These are obviously not stable-minded people. 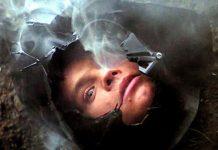