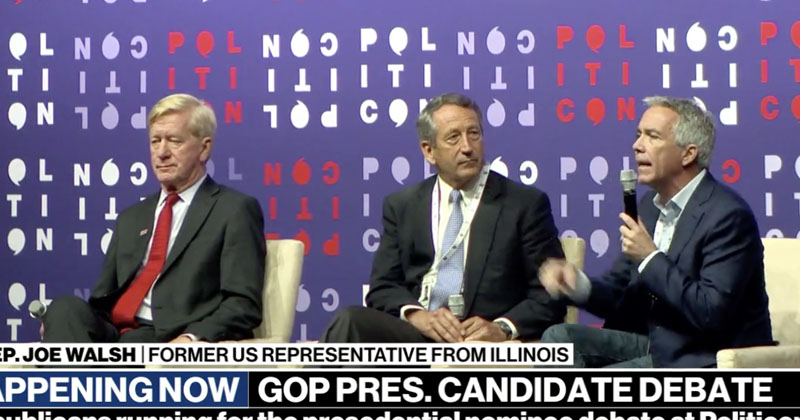 Never Trump Republicans eager to challenge Trump in 2020 joined Politicon on Saturday to rant about how President Trump is a traitor posing a danger to the nation who must be arrested.

“He betrayed our elections!” Walsh, a former congressman, exclaimed. “If you don’t impeach him for that, you’re telling future presidents that that’s okay, to allow foreign governments to screw around with our elections. We can’t set that precedent.”

When asked if they would support prosecution of Trump, Weld and Sanford replied: “Yes.” Walsh even said, “Heck yes!”

The three Never Trumpers also decried Trump’s foreign policy of ending the endless wars, with Weld claiming that Trump wanted to “will out of existence” all the other countries in the world.

“The country has to return to a policy of full engagement of robust diplomacy with our allies and other countries around the world,” Weld, the former Massachusetts governor said. “Something which President Trump has no interest because he’s a complete isolationist and he wants to will out of existence every other country out of the world. America first, last, and always it seems.”