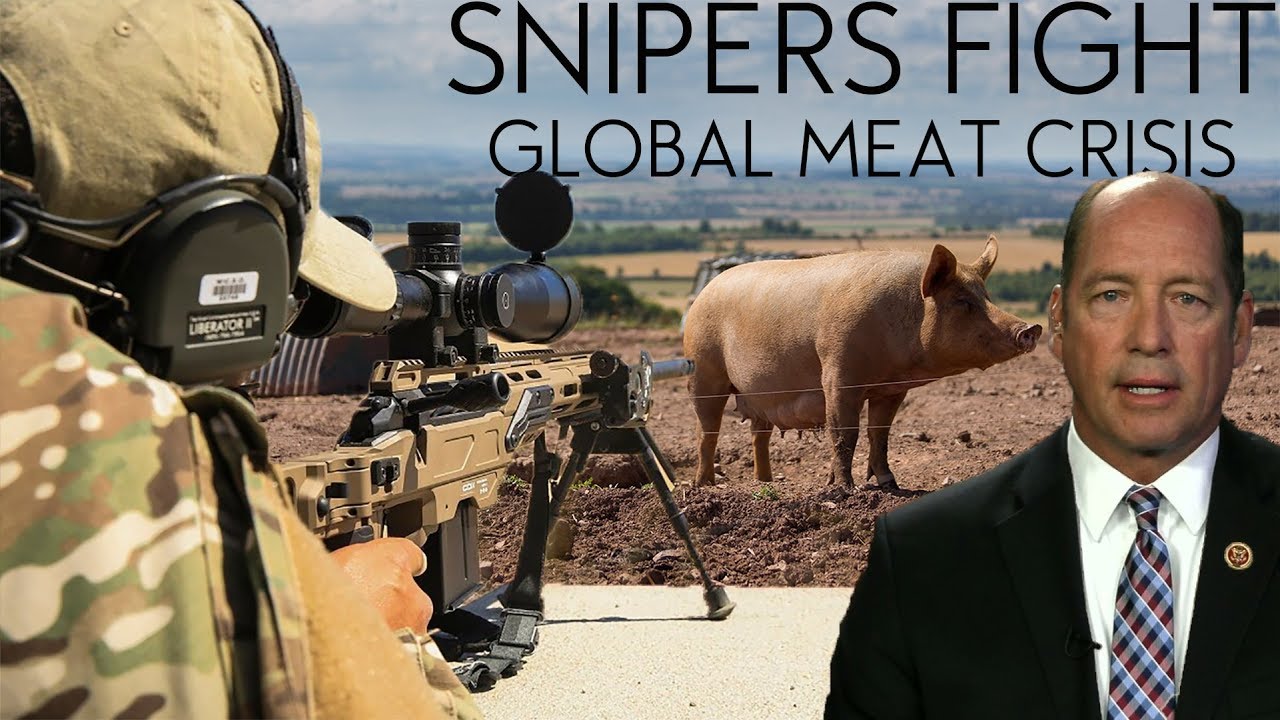 African Swine Fever is killing millions upon millions of pigs all over the world, and this threatens to create a crippling global shortage of protein as we head into 2020.  This epidemic began in China last year, and it is now also running wild in North Korea, Vietnam, Laos, Cambodia, Myanmar and the Philippines.  But this crisis is certainly not limited to Asia.  According to the Washington Post, so far in 2019 there have also been outbreaks “in Belgium, Bulgaria, Hungary, Latvia, Poland, Romania, Russia and Ukraine.”  Overall, cases of African Swine Fever have been documented “in nearly 50 nations”, and U.S. pork producers are extremely concerned that it could start spreading here too.

African Swine Fever is extremely contagious, there is no vaccine, and there is no cure.  Once it starts spreading in a certain area, there isn’t much that can be done “other than culling herds and loading carcasses into hazardous waste sites”.  Literally, we are talking about an unstoppable global plague that is an existential threat to our food supply.  Of course many of us don’t eat pork, but there will also be an immense strain on supplies of beef and chicken as those that eat pork are forced to turn to other alternatives.  This is an exceedingly serious situation, and with each month it is just getting worse.

China is the epicenter for this crisis, and CNN is reporting that the Chinese herd has “shrunk by around 130 million” since this epidemic first began last year…

The damage that African swine fever has wrecked on China’s pig population is hard to overstate. The country is home to half of all the pigs on the planet, and its herd has shrunk by around 130 million since the outbreak began about 13 months ago, according to a CNN Business analysis of data from the Chinese agricultural ministry. Many farmers are reluctant to restock pigs after they are slaughtered, fearing they’ll catch the disease.

To put that in perspective, there are only about 70 million pigs in the United States.

Yes, that number is for the entire country.

So the damage that has already been done in China is beyond cataclysmic, and this crisis is very far from over.

And according to the Washington Post, the losses in China are even higher than what CNN is reporting.  If you can believe it, the Post says that “as many as half of China’s pigs” have already died…

As many as half of China’s pigs, an estimated 300 million, have died of the virus or been exterminated since the disease took hold 13 months ago.

Of course the virus continues to sweep through China like wildfire, and at this point Rabobank is projecting that up to 70 percent of China’s pigs could eventually end up dead.

And considering the fact that about half of all the pigs in the entire world are in China, that is a very sobering thing to hear.

Needless to say, this crisis has been dramatically driving up the price of pork.  According to CNN, the price of pork in China is now nearly 70 percent higher than it was at this time last year…

African swine fever has ravaged China’s pig population, and the country’s consumers are feeling the pain. Some are even switching to other meats as the dietary staple becomes unaffordable.

Pork in China now costs nearly 70% more than it did a year ago, according to data released Tuesday by China’s National Bureau of Statistics.

For the average Chinese citizen, this is a really big deal, because pork accounts for about 70 percent of their total meat consumption.

So to keep their population fed, China has started to import massive quantities of pork and beef from the rest of the world…

China has also been buying more pig meat from the rest of the world to keep its consumers happy. The country imported more than 1.3 million tons of pork in the first nine months of 2019, a 44% spike compared to a year ago, according to customs data published Monday. Imports of beef were up more than 50%, as people substitute that meat for pork in their diets.

As this virus continues to rapidly spread all over the planet, the supply crunch is only going to get worse.

Global prices are going to continue to escalate, and those on the bottom of the global economic food chain are going to have an increasingly difficult time being able to afford to buy any pork, beef or chicken at all.

And nobody should expect things to turn around in a year or two.  In fact, one expert is projecting that “it will be another 4 to 6 years before China will be able to rebuild its herd”…

“We’re past a year now and it’s still spreading and getting worse,” he says. “We believe it will be another 4 to 6 years before China will be able to rebuild its herd, but that’s making assumptions about when and if they will be able to get an effective vaccine.”

Of course that projection assumes that there will be a vaccine, but right now there is no vaccine and we don’t know if there will ever be one.

Meanwhile, this virus just continues to sweep across the globe like wildfire.  In fact, we just learned that it has gotten into “two more provinces in the Philippines”…

Cases of infections were detected in some areas in Cavite, south of the nation’s capital Manila, and in Nueva Ecija on Luzon island.