If you’re been following the news, you might have seen reports about civil unrest in Chile– the worst in decades.

I lived in Chile for more than seven years before moving to Puerto Rico; I still have business interests there, along with hundreds of employees (both foreign and local), many of whom I’ve been speaking to over the last few days.

The last time Chile went to war was 140 years ago back in 1879. They even skipped both world wars.

And while there are occasional protests, Chile is quite tame by Latin American standards.

It’s also the most modern and advanced nation in the region– this is not a destitute, impoverished country.

Chile has thriving industries and a large middle class that’s in better shape than just about anywhere else in the region.

But just like every other country in the world, there are countless imperfections.

Inflation has eaten away at the purchasing power of workers’ incomes, and a lot of people are struggling to make ends meet.

The proverbial straw that broke the camel’s back was a 3% increase in metro fares.

It’s nothing. But it was enough to make thousands of people become completely unglued, resulting in riots, looting, arson, and all-out mayhem.

Let’s talk about some of the key lessons from this:

1) It can happen anywhere.

It’s not just Chile. Looking around the world right now we can see major demonstrations and even violence in places like Hong Kong, Spain, Haiti, Lebanon, etc.

The ‘yellow vest’ movement in France in late 2018/early 2019 brought hundreds of thousands of people out into the streets to torch cars and destroy property, all apparently in protest of rising fuel prices.

People everywhere are tightly wound, and it doesn’t take much for them to become unhinged. If you think this can’t happen where you live, think again.

2) It can happen faster than anyone realizes.

The weather in central Chile is one of the great benefits of living there; it’s warm, sunny, and dry… southern California climate.

And this past Friday was a particularly beautiful day. By lunchtime, people were out in the parks enjoying the weather. It was calm, peaceful, and joyful.

Within a matter of hours the city had turned into a war zone. Hours.

One of my team members told me on the phone yesterday, “If you had said on Friday afternoon that Santiago would be in chaos by nightfall, I would have laughed… And then it happened.”

3) It only takes a few idiots.

There are roughly 18 million people living in Chile. And there may even be a few million people nationwide who are deeply frustrated about the rising cost of living.

But only a few thousand have been stupid enough to cause such chaos and devastation; they’ve destroyed dozens of metro stations, buses, and even lit office buildings and grocery stores on fire.

Innocent people have died. And almost everyone else has had their lives heavily disrupted.

They can’t get to work. Schools are closed. Grocery store lines are crazy. There’s a curfew. Tanks are in the streets.

Most people are rational and peaceful. They might be angry about certain issues, but they know that torching property and killing innocents won’t solve anything.
Only a trivial fraction of a percent of the population are acting like cowards– the ones who steal a bunch of flat-screen televisions from the neighborhood electronics store before setting it on fire.

And they’re selfish and delusional enough to believe in their own righteousness– that their actions are justified as payback because of some economic injustice.

Yeah. Because nothing proves your moral superiority more than looting flat-screen TVs. 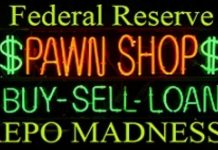 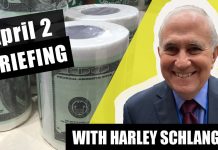