In the changing global economic environment US stocks and the dollar no longer seem to be a safe haven for long-term investing, some financial experts say, describing a looming “doomsday dollar” scenario. Independent political risk analyst Eric Kraus has eyed up the gloomy prognosis and the ways to survive the perfect storm.

On 29 September, The Financial Times published an op-ed by US economist and author Rana Foroohar, eloquently titled “Are investors ready for the ‘Doomsday Dollar’ scenario?”

Citing a study concerning the dollar’s 15-year cycles by AG Bisset Associates, Foroohar considers a scenario in which US stocks and the dollar are going down at the same time.

“America’s place in the world has changed, and so has the growth potential of its corporations”, Foroohar writes. “If that is the case, then we may be in for a correction not just in the stock prices of US multinationals, but in the dollar itself”.

The potential “doomsday” scenario may deal a heavy blow to global investors, Foroohar says, adding that “some savvy investors already see the writing on the wall and have moved into gold” and expecting the rise other commodities in the foreseeable future.

With US companies losing their competitive advantages, investors may consider turning to Asia and working out a new strategy “for a new world”, she believes.

According to Eric Kraus, an independent political risk analyst and financial expert, “economic predictions are generally based upon previous experience with analogous situations”, however, it’s hard to assess what’s going to happen as we are heading to “a totally unprecedented” one. The analyst has taken a walk down memory lane to explain how we get there.

“The failure of the Western political system has rendered it impossible for the governing class to accept any degree of economic pain”, Kraus says. “To accept a recession as just an inevitable phase of the business cycle would be to commit political suicide. Therefore, the main Central Banks – both the US FED and the European ECB have engaged in a totally unprecedented campaign of money printing – “quantitative easing” and negative interest rates to forestall what should have been the consequences of the 2007 bursting of the financial bubble – a recession cleaning out unsustainable debts and non-viable financial structures by waves of default”.

The road to hell is always paved with good intentions. The aforementioned measures taken by the Central banks has become “the death-knell for macro strategists”: “Those who followed several hundred years of historical precedent, predicting that, as always before, money printing would cause massive consumer price inflation (CPI) and a surge in gold prices turned out badly wrong,” Kraus says.

“Instead, CP inflation has been dead in the water, while asset prices for everything from houses to collectables, as well as stocks and bonds – have gone wild, driven by absurdly low – now negative – interest rates sending investors on a desperate hunt for yield”, the analyst elaborates. “Anything but government bonds where you now pay for the privilege of lending to European governments, and where even US rates are historically low”.

According to Kraus, while the negative social consequences of this policy including an explosion of income inequalities has manifested itself almost everywhere, the much-discussed destabilisation of a dollar-centric global currency system – though “increasingly unsustainable” – is “not yet subject to any serious challenge despite the transformation of the global economy from the immediate post-WWII situation where the US accounted for almost 50 percent of global GDP, to the current PPP-adjusted 15 percent”. 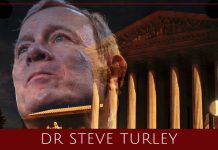 Supreme Court BALKANIZES America as Half of Oklahoma Given to a SOVEREIGN INDIAN NATION!!!