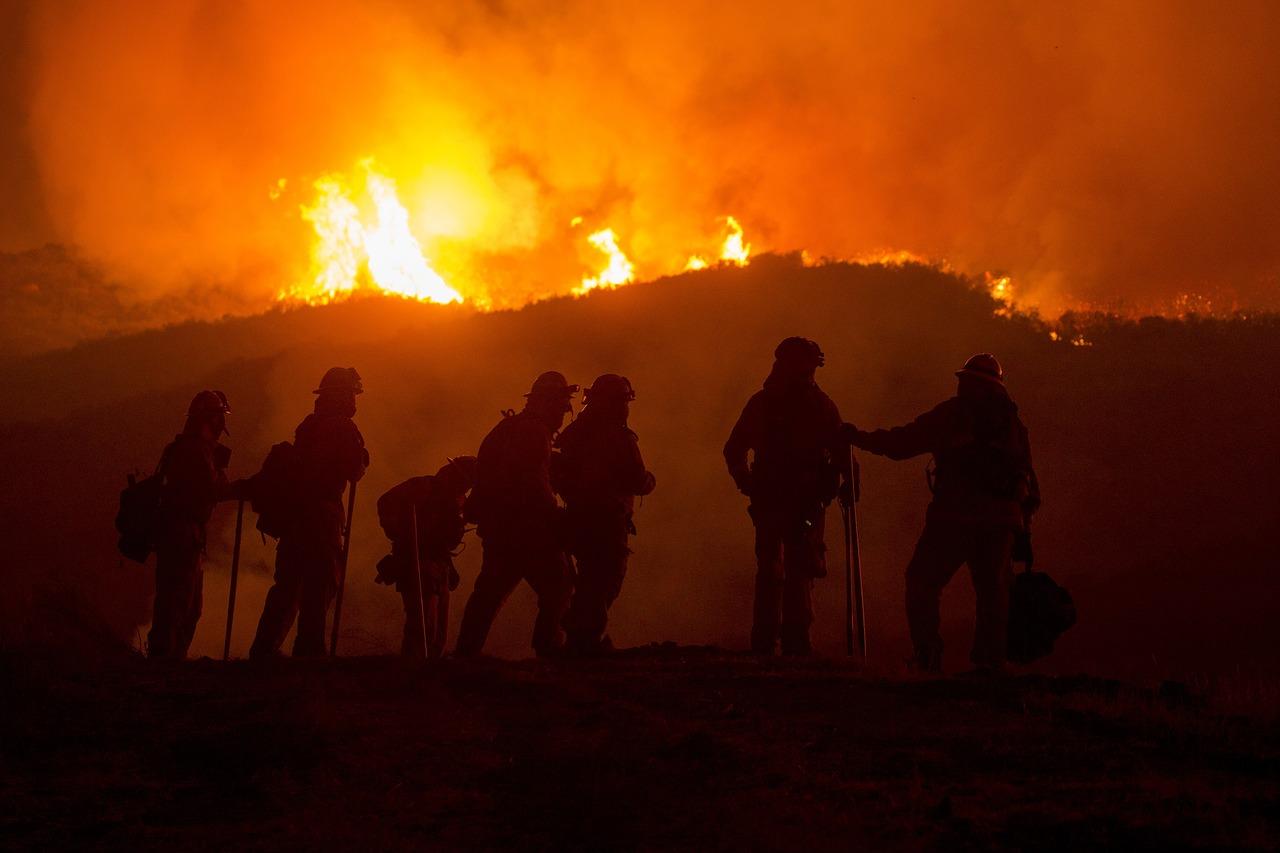 Why does this keep happening to California year after year?  As you read this article, enormous wildfires are ravaging large portions of northern California, and Governor Gavin Newsom has already declared a statewide emergency.  An extreme wind event that began on Saturday evening is pushing the fires along at a staggering rate, and when the winds are howling this ferociously it is exceedingly difficult for firefighters to keep the fires from spreading.  It was being reported that on Sunday morning there were sustained winds exceeding 90 mph in northern California with “gusts that topped 100 mph”.  It was the strongest wind event in several years, and it came at an extremely unfortunate time.  These “hurricane-force Diablo winds” will continue into Monday morning, but that doesn’t mean that things will start to get better.  As you will see below, another extreme wind event is in the forecast for Tuesday and Wednesday.

The Kincade Fire is the largest of the wildfires, and according to ABC News it has now “grown to 85 square miles”…

Cal Fire spokesman Jonathan Cox called the conditions throughout California “a tinderbox” Sunday and asked people to continue being vigilant in helping to prevent fires from breaking out.

That is an absolutely massive wildfire, and the extremely strong winds are picking up embers from the Kincade Fire and starting blazes in new areas.

“The wind speeds are extreme…The strongest winds I have felt in my career,” Cal Fire Capt. Robert Foxworthy told KPIX 5 Sunday morning. “They (the winds) are throwing embers a considerable distance in front of the main fire, causing spot fires, creating a real challenge for the crews fighting the fire.”

The Kincade Fire was only about 10 percent contained early on Sunday, but thanks to this extreme wind event the level of containment has now fallen to 5 percent.

In other words, this fire is completely and utterly out of control.

Pacific Gas & Electric is telling us that “nearly 2.7 million people lost electricity” on Sunday, and they are expecting more blackouts in northern California during the week.

Could you imagine being in the dark with no electricity and massive wildfires are raging all around you?

This is a terrifying time for those living in northern California, and approximately 200,000 are currently under mandatory evacuation orders.

According to the Sonoma County Sheriff, nobody can remember another time when there was an evacuation order this large…

Approx 180,000 people under evacuation order due to #KincadeFire. This is the largest evacuation that any of us at the Sheriff’s Office can remember. Take care of each other.

Sadly, most homeowners in California do not have fire insurance, and so when they lose their homes they may find it exceedingly difficult to rebuild.

And after last year’s horrific fires, some insurance companies decided not to renew coverage for many of those that did actually have fire insurance…

“We are seeing an increasing trend across California where people at risk of wildfires are being non-renewed by their insurer,” state Insurance Commissioner Ricardo Lara said in a statement.

The California Department of Insurance “has seen cases where homeowners were paying an annual premium of $800-$1,000 but, upon renewal, saw increases to as high as $2,500-$5,000,” a staggering rise of more than 300 percent in most cases.

Insurance companies keep making it really hard for us to have a positive view of them.  The entire purpose for insuring our homes is so that if disaster strikes we will be able to rebuild.