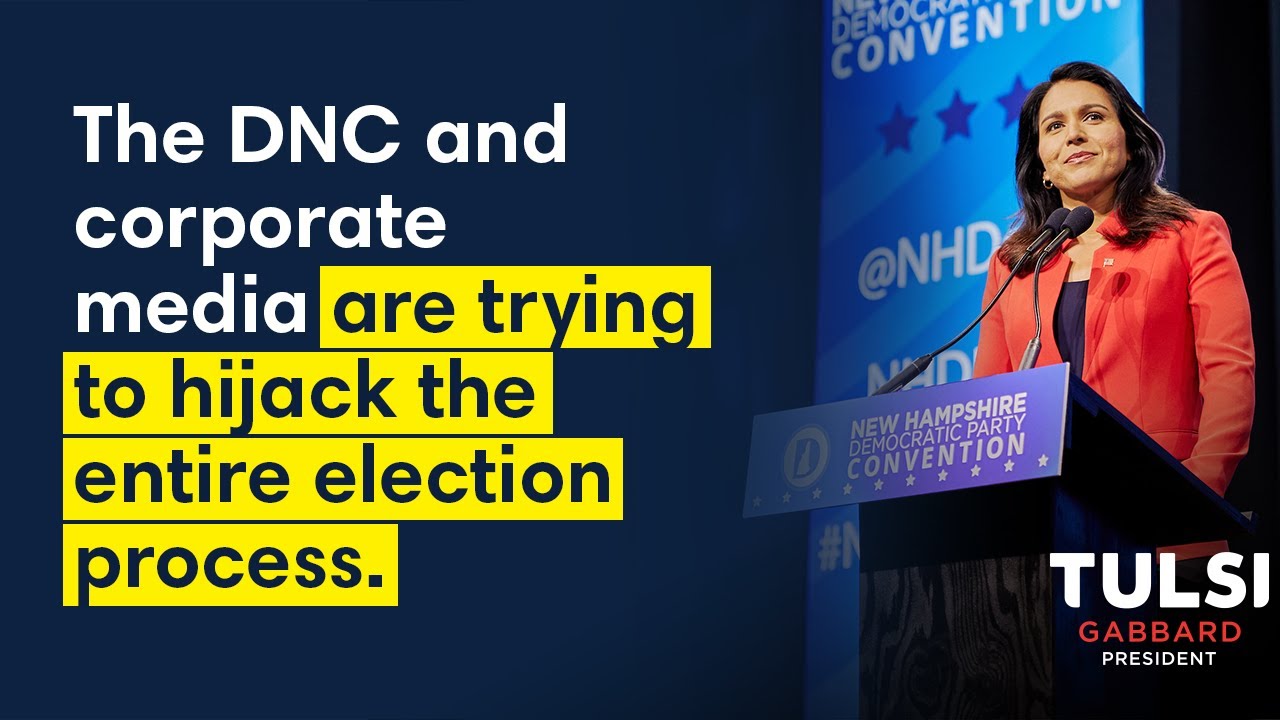 The Democrat party may never forgive Tulsi Gabbard for slamming them with the truth of their corrupt practices by once again attempting to “rig” the primary election to “usurp” the role of voters in choosing who the Democrat nominee will be.

Tulsi Gabbard just guaranteed the Democratic National Committee will never allow her to become their nominee and she did so by telling the truth in a newly released 1:46 minute video explaining to her supporters why she may decide to “boycott” the next Democrat debate, despite the fact that she has qualified for it.

Gabbard brutally reminds voters of how the DNC and their partners in corporate media rigged the 2016 primary against Bernie Sanders in favor of Hillary Clinton. She informs supporters that they are at it again, saying that in 2020 the DNC and the corporate media are trying to “hijack the entire election process.”

SHE IS RIGHT ABOUT THE DNC RIGGING THEIR PRIMARIES

A look back at 2016, where Democrat insider Donna Brazile, the same woman that secretly shared debate questions with Hillary Clinton before a Democrat debate, admitted that before the party had nominated Clinton in 2016, the Democrat party was “fully under the control of Hillary’s campaign.”

Via Brazile at Politico:

When I got back from a vacation in Martha’s Vineyard, I at last found the document that described it all: the Joint Fund-Raising Agreement between the DNC, the Hillary Victory Fund, and Hillary for America.

The agreement—signed by Amy Dacey, the former CEO of the DNC, and Robby Mook with a copy to Marc Elias—specified that in exchange for raising money and investing in the DNC, Hillary would control the party’s finances, strategy, and all the money raised. Her campaign had the right of refusal of who would be the party communications director, and it would make final decisions on all the other staff. The DNC also was required to consult with the campaign about all other staffing, budgeting, data, analytics, and mailings. 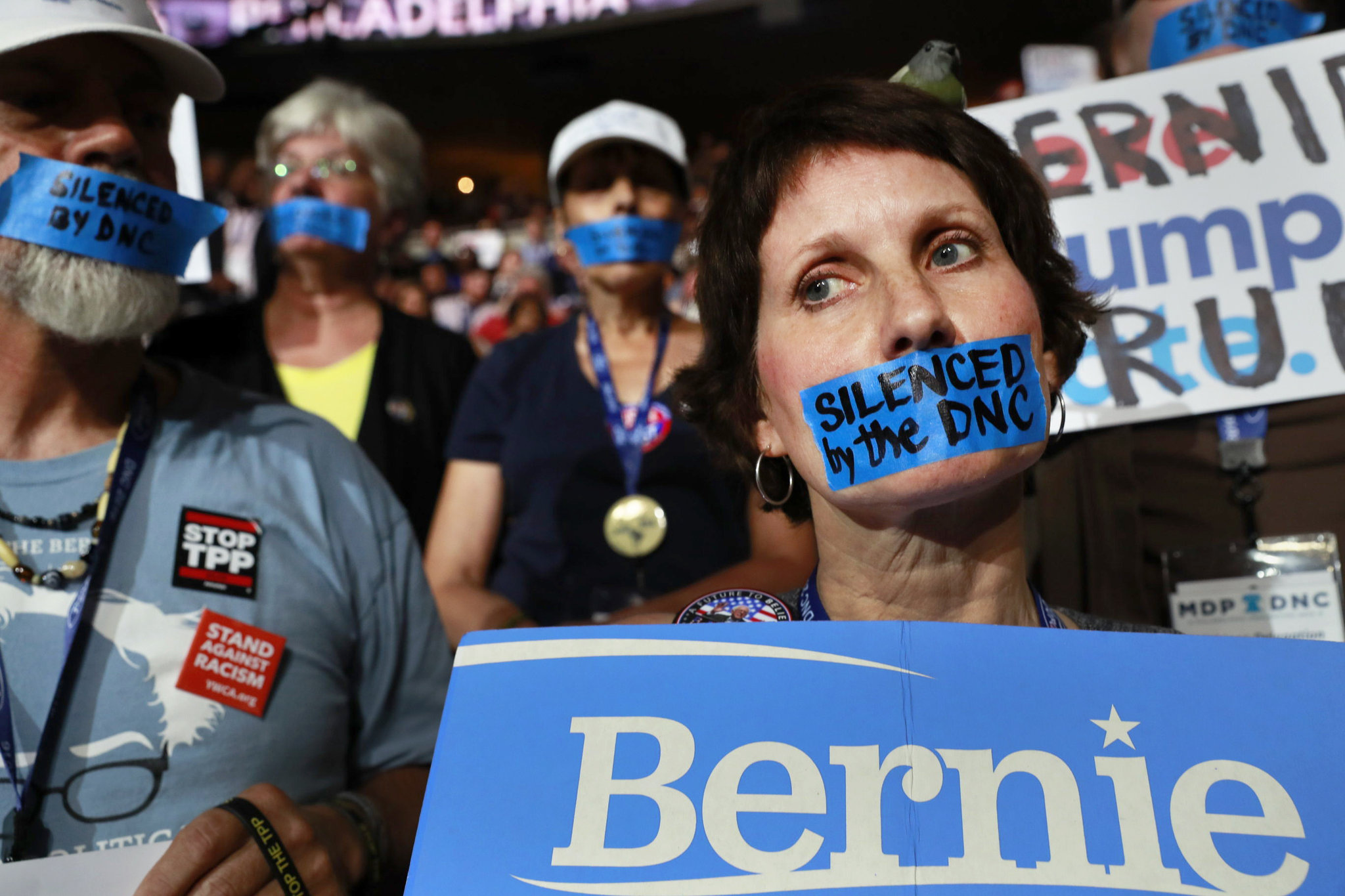 The Sanders campaign and his supporters, the so-called “Bernie Bros” knew about the corruption and that the DNC was rigging the primaries in favor of Hillary Clinton and against Bernie Sanders, and they complained bitterly against the unethical behind-the-scenes antics.

Post election numbers showed that 12 percent of Sanders’ voters that voted for him in the primary, voted for Donald Trump in the general election against Hillary Clinton, with some claiming those voters gave Trump the “margin of victory” in key states he needed to beat Clinton.

A 2016 Cooperative Congressional Election Survey found fewer than 80 percent of those who voted for Sanders during the Democratic primaries followed up and voted for Clinton in the general election. At least 12 percent of Sanders supporters cast a vote for Trump that November.

“They gave him the margin of victory in three critical states that gave Donald Trump the presidency: Wisconsin, Michigan and Pennsylvania,” Thiessen continued. “He needs to get those voters back. So for example, in Pennsylvania, 16 percent of Sanders supporters voted for Donald Trump. That’s a total of about 116,000 voters, Trump won by 44,000 votes. So in all those states it was the Sanders supporters who gave Trump the margin of victory and gave him the presidency if you just do the math.”

With Elizabeth Warren taking the lead in Democrat polls of late, we see a recent Emerson College poll that indicates that up to 26 percent of “Bernie Bros” would cast their vote for Trump over Warren in 2020.

“If they cheat again, I have told people I will vote for Trump,” Pennsylvania resident and Sanders supporter Keith Ward, 58, told the Washington Examiner. “Not because I like him, but because if this country is going down a slippery slope, they have no one to blame but themselves … [no] matter how much damage I believe Trump is doing.”

Ward voted for Sanders in the 2016 Democratic primary and for Green Party candidate Jill Stein in the general election. “I felt I had no choice,” he said, adding that he felt his 2016 vote would send a message. “I’m just not sure the [Democratic] Party heard it.”

Another Sanders supporter expressed a similar sentiment: “If the DNC screws him again, like it’s already looking they will, I’ll stay home on voting day. Hell, I may vote for Trump just to make sure their candidate loses.”

They have not forgotten, nor forgiven the DNC for what they did to Sanders in 2016, and Gabbard just ripped the scab off the wound to make it bleed all over again.

Gabbard is also correct in calling out the “corporate media” being the propaganda arm of the DNC and working hand-in-hand with them, as multiple liberal outlets, like NBC News, have pushed the Gabbard/Russia propaganda angle with claims that Russia is “now promoting the presidential aspirations of a controversial Hawaii Democrat who earlier this month declared her intention to run for president in 2020,” meaning Gabbard.