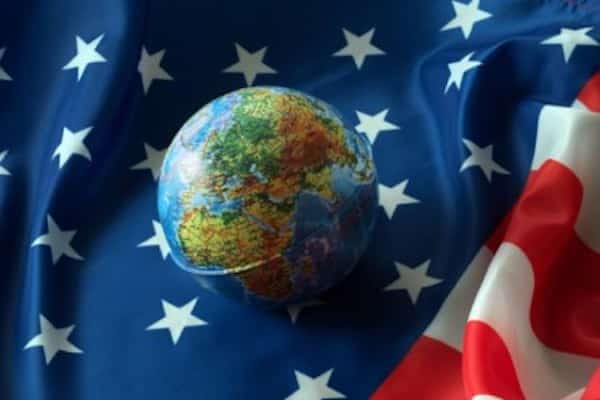 International Man: In a broad sense, how would you describe the foreign policy of the US?

David Stockman: Well, in two words: Empire First. I contrast that with what Donald Trump thought he wanted to seek as a candidate, America First.

Now these are obviously simplifications and slogans, but there is an underlying substance that’s really important.

I think the basic idea behind “America First” is reaching way back to Robert Taft in the 1950s. He said that we cannot have a permanent warfare state in America, because our foreign policy doesn’t require it and our fiscal capacities can’t afford it.

What Taft basically said is the US sits between these two great ocean moats in a nuclear age, where the number-one threat is a nuclear threat, not an invasion of conventional forces. The way you deal with that is to have overwhelming retaliatory capacity, to keep the other side at bay.

As a matter of fact, he was totally right. It worked for 40 years. The Soviet Union finally crumbled under its own weight in 1991, and therefore the case was proved. There was no industrial society, high-tech conventional military threat left in the world. The opportunity arose in the early 1990s to go really full out America First.

Why did we keep all of these aircraft carriers, battleships, all this forward power projection capability, air refueling capabilities, 100 bases or more all over the world? None of that was needed throughout the entire Cold War, but most especially after 1991. That’s the direction we should have gone.

Where we ended up was in the opposite direction of what I call “America First.” Instead of dismantling NATO, we expanded it from 15 to 29 countries.

Instead of keeping faith with the promise that was made to Gorbachev by Secretary of State Jim Baker and George Bush the elder—that NATO would not expand a single inch to the east—instead, we basically encircled the entire rump state of Russia that was left after the Soviet Union fell apart. That has then led to the case for a military budget this year of $750 billion, when the truth is a homeland defense would cost less than $250 billion.

International Man: What are your thoughts on the amount of money the US spends on foreign aid, wars, the so-called intelligence community, the State Department, and other aspects of foreign policy?

David Stockman: The excess over what we need for homeland defense is more than a half trillion dollars per year—money we are wasting that we don’t have, that we’re borrowing and passing on to future generations.

We’re really at a point where there is a stark contrast between what homeland security and the safety of people in Lincoln, Nebraska, or Spokane, Washington, require—and what they continually produce in the imperial city in Washington, DC, with this massive warfare-state budget.

Now, unfortunately the lesson that we’ve learned in the first three years of the Trump administration is that good intentions, even vague ones—and Trump surely had no articulated or well-developed content to his notion of America First—they don’t stand a chance against this massive machine that is self-perpetuating.

In other words, Empire First dominates our foreign policy, because there’s so much money flowing into the Pentagon, the 17 intelligence agencies, and the rest.

That money is also going to the tens of thousands of people who are getting paid big salaries to work as contractors for the NSA and other agencies. They form a built-in lobbying force of tremendous effectiveness to keep the funds flowing.

When you add to that all of the think tanks that get money from the State Department, the National Endowment for Democracy, and various pockets and crevices in the Pentagon that no one can even keep up with, essentially you have what I call the equivalent of a self-licking ice cream cone.

The thing just keeps going because it’s so big it feeds itself—the $750 billion defense budget is just the beginning. That’s the Department of Defense budget per se, but if you add in another $25 billion for nuclear energy programs at the Department of Energy, $50 billion for security assistance and foreign aid, international relations, another $60–70 billion for Homeland Security, and then the veterans’ budget, which is $200 billion, it’s just massive. It represents the deferred cost of all these stupid wars that we’ve had and didn’t need.

Altogether we’re talking about a $1.1 trillion budgetary monster that creates these enormous flows of dollars that want to perpetuate themselves. Therefore, the kind of America First rationality that the world situation clearly would permit and support is completely lost.