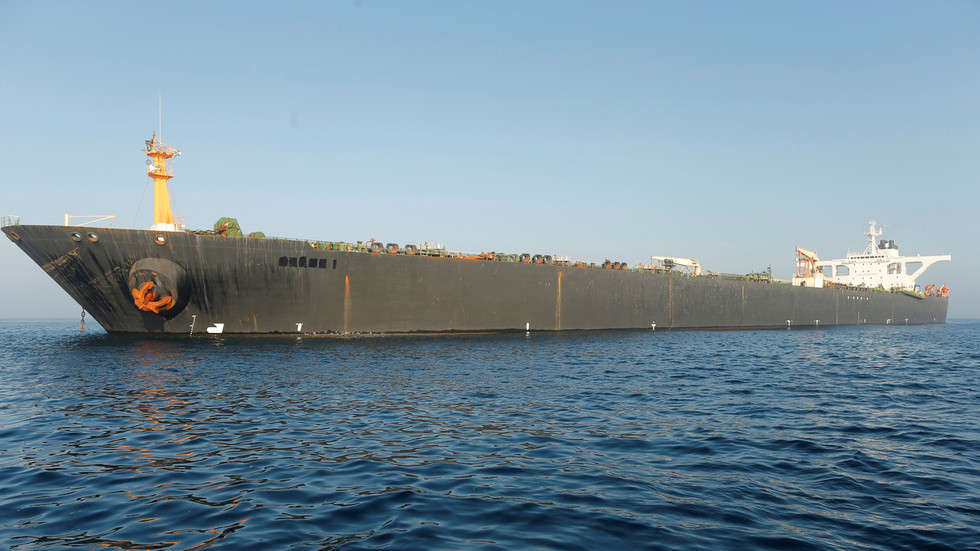 The US State Department is openly using organized crime tactics, including bribery and extortion, in an effort to bend Iran to its will after its usual allies refused to get sucked into a coalition to ‘police’ the Persian Gulf.

The Pentagon admits that “no plan” has yet come together to combat Iranian oil tanker traffic militarily – the usual “coalition of the willing” has not materialized, with nothing to gain from picking a fight with the well-armed Islamic republic – and has passed the issue to the State Department consiglieres, er, diplomats.

US Special Representative for Iran Brian Hook dangled millions of dollars in front of the captain of beleaguered Iranian oil tanker Adrian Darya, Akhilesh Kumar, hoping to entice him into sailing to a country that would impound the vessel Gibraltar released last month – and warning that if Kumar did not comply, he would suffer dire consequences.

“I am writing with good news,” Hook wrote cheerily in an email obtained by the Financial Times, taking care to include an official State Department phone number so the Indian captain wouldn’t think the letter was a scam.

With this money you can have any life you wish and be well-off in old age… If you choose not to take this easy path, life will be much harder for you.

Just two days after delivering the mafia-style missive, Hook notified the captain that he had been sanctioned by the US. Kumar, who replaced the tanker’s previous captain before it left Gibraltar, was placed on the Treasury Department’s Specially Designated Nationals list and banned from entering the US – all because he opted to do his job instead of betraying his employers.

A State Department spokeswoman gladly confirmed that Kumar isn’t the only seafarer to receive the carrot-and-stick treatment, either – Hook has emailed “roughly a dozen captains” in recent months in an effort to scare mariners into understanding that helping Iran evade sanctions comes at a heavy price.

We have conducted extensive outreach to several ship captains as well as shipping companies warning them of the consequences of providing support to a foreign terrorist organization,” the spokeswoman boasted. The US unilaterally declared the IRGC terrorists five months ago – reportedly at Israel’s behest – and the designation has not been adopted by other countries.

The liberation of the Adrian Darya appeared to infuriate Washington, which attempted to stop the ship’s release with a last-minute asset forfeiture suit accusing the ship of crimes including money laundering and terror financing. The US has warned allies that giving aid or comfort to the ship will put them at risk, a threat that may explain why the tanker has appeared to change its destination four times since setting sail from Gibraltar.