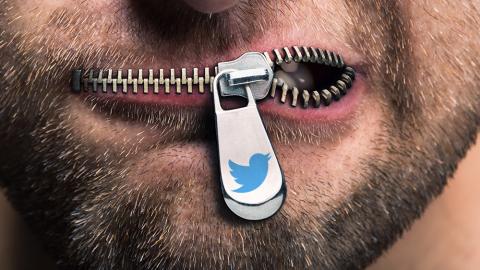 As the 2020 elections approach, we have been warned by several insiders and researchers that the social media behemoths are going to do whatever they can to tank President Donald Trump’s reelection bid and take down as many Republicans with him as they can.

As NewsTarget reported earlier this month, research conducted by psychologist Robert Epstein discovered that search giant Google managed to manipulate votes ahead of the 2018 election to change at least three congressional seats from GOP to Democrat.

As The National Sentinel reported in March:

The scientists and AIBRT analyzed Google searches that were linked to a trio of highly competitive congressional races in southern California that were won by Democrats. In doing so, the team discovered that Google’s “clear democrat bias” likely flipped those seats away from GOP candidates.

The search and social media giants are continuing their subtle tactics to deny conservatives, Republicans, and Trump supporters an equal voice with their political opponents.

The social media platform’s speech Nazis deleted a tweet from State Representative Briscoe Cain’s account after he wrote that this “AR is ready” for the former congressman to come pick up.

Cain posted his comment after O’Rourke said during a Democratic presidential debate last week, “Hell yes, we’re going to take your AR-15s,” in response to a gun control question.

“My AR is ready for you Robert Francis.”

O’Rourke is a hypocrite on guns

O’Rourke replied that he saw Cain’s tweet as a “death threat.”

“Clearly, you shouldn’t own an AR-15—and neither should anyone else,” O’Rourke added. Cain responded by calling the former representative “a child.”

“The Tweet was in violation of the Twitter Rules, which prohibit violent threats,” a Twitter spokesperson told The Hill in what conservatives call blatant hypocrisy given that Left-wing users, anarchists, and Antifa supporters constantly make threatening comments against their political rivals without repercussions.

Because the current crop of Democratic presidential contenders are all trying to out-liberal each other by pandering to the party’s extreme Left-wing base, O’Rourke’s position on so-called “assault weapons” has changed.

As the New York Post reported, when O’Rourke was running against incumbent Sen. Ted Cruz (R-Texas) last year, his views on AR-15s and other firearms were different.

During an appearance on “The Chad Hasty Show,” the host asked: “I own an AR-15. A lot of our listeners out there own AR-15s. Why should they not have one?”

“To be clear, they should have them,” O’Rourke responded. “If you purchased that AR-15, if you own it, keep it. Continue to use it responsibly.”

He added: “If you own a gun, keep that gun. Nobody wants to take it away from you — at least I don’t want to do that.”