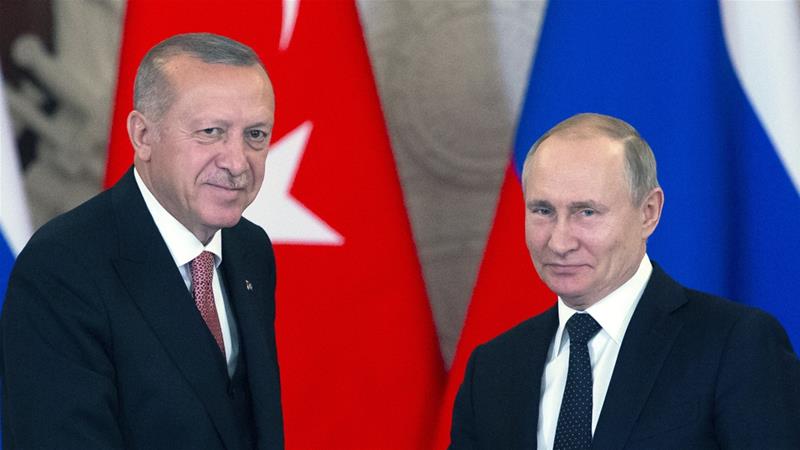 Vladimir Zhirinovsky is the Western media’s favorite Russian politician to hate. He is known for his many outspoken opinions.

In the context of the following story, it is interesting to note that Zhirinovsky specialized in Turkish language and literature at Moscow State University’s Institute of Oriental Studies.

– Mr. Zhirinovsky, it seems to me that about a year ago you said that Turkey would leave NATO and we’d have to invite it to the SCO. It seems that you were right.

– I actually suggested that many years ago. But our cooperation has enhanced over the past three years, following the conflict in Syria. Our cooperation is mutually beneficial. During the revolution, when the Whites asked foreign countries for asylum, all of them refused, except for Turkey. And Turkey accepted our White Army, even though we were enemies in WWI. So, cooperation is long-standing. Then, when Kemal Atatürk came to office, we provided help, signed a treaty, supplied weapons back then, 100 years ago, gave money, gold. Our officers went there. So, the cooperation started long ago.

I met with President Gül. And I met twice with President Erdogan and had a face-to-face discussion with him. And he told me that Turkey could leave NATO and that he’s ready for it. That would be a terrible blow to NATO as Turkey protected the southern flank of NATO. Without Turkey…

– Mr. Zhirinovsky, I hate to interrupt you, but did he really say that? That Turkey is ready to leave NATO?

– He received me, it was a face-to-face conversation. He’s got a splendid new palace, like a sultan. Then I was invited to his inauguration after his latest re-election. So, he said that to me personally. Actually, I could understand his Turkish, but we had an interpreter. Not only did he want to leave NATO shortly, but also join to SCO. I’m sure that…

– It’s not a secret. Turkey has waited for over 30 years to be admitted to the EU. It wanted to join the EU. But it isn’t admitted. Every time, it faces new requirements to be met and to not be admitted again, even though Turkey was one of the first countries to join NATO. They need Turkish soldiers, a meat shield. But, as the saying goes…

– And there’s also a radar station.

– Yes. So, it’s not only about leaving NATO. It’s also about the use of Turkey’s best airbases. Now, it’s Incirlik with NATO and American aircraft and instructors. But Turkey can abrogate the agreement. We’ll get the most powerful airbase in the Middle East. Perhaps a naval base and a ground base. So, we can develop very powerful defense cooperation. Erdogan is interested in this, he wants to produce the S-400 or the S-500. We’ll supply tanks and aircraft.

He’s ready to recognize the ruble. The ruble could be in Turkish circulation as well as the lira.

Bernie Sanders: There Will be a Number of Plans to Evict Trump from White House if He Attempts to Stay in Office After Losing...