Bernie Sanders told the CNN townhall on climate change that he would make population control part of his agenda to fight global warming.

An audience member asked Sanders about “educating everyone on the need to curb population growth.”

“Human population growth has more than doubled in the past 50 years. The planet cannot sustain this growth. I realize this is a poisonous topic for politicians, but it’s crucial to face,” the audience member asked. “Empowering women and educating everyone on the need to curb population growth seems a reasonable campaign to enact. Would you be courageous enough to discuss this issue and make it a key feature of a plan to address climate catastrophe?”

“The answer is yes,” Sanders responded. “And the answer has everything to do with the fact that women in the United States of America, by the way, have a right to control their own bodies and make reproductive decisions.”

“Population control” as a measure to save the planet has been shown to be horse manure six ways from Sunday. It’s the old Malthusian nightmare that population growth is potentially exponential while the growth of the food supply is linear. But Malthusianism fails to account for human ingenuity in using technology and improved methods to massively increase the potential food supply.

Stanford University biologist Paul Ehrlich wrote that “Most of the people who are going to die in the greatest cataclysm in the history of man have already been born.” He added that by 1975, “some experts feel that food shortages will have escalated the present level of world hunger and starvation into famines of unbelievable proportions.” In 1970, he revised his prediction for the worse to warn us, as Perry writes, that “between 1980 and 1989, some 4 billion people, including 65 million Americans, would perish in the ‘Great Die-Off.'”

It wasn’t just food that would disappear. Erlich and Nobel economist Julian Simon made a famous bet about commodities in 1980:

The bet itself was meant to determine whether commodity prices would rise or fall over the period from 1980-1990. If they fell, that would mean that the commodities became more abundant. If instead they rose, that would have signaled that commodities became scarcer. Simon was willing to bet that over any number of years, inflation-adjusted commodity prices would fall.

Simon’s theory proved remarkably prescient. In 1970, China and India were net importers of food. By the end of the decade, both nations were exporting food. And yet, Erlich was predicting the worst famines in human history in those two nations by the 1980s. 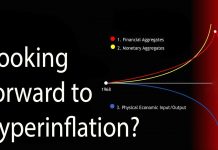