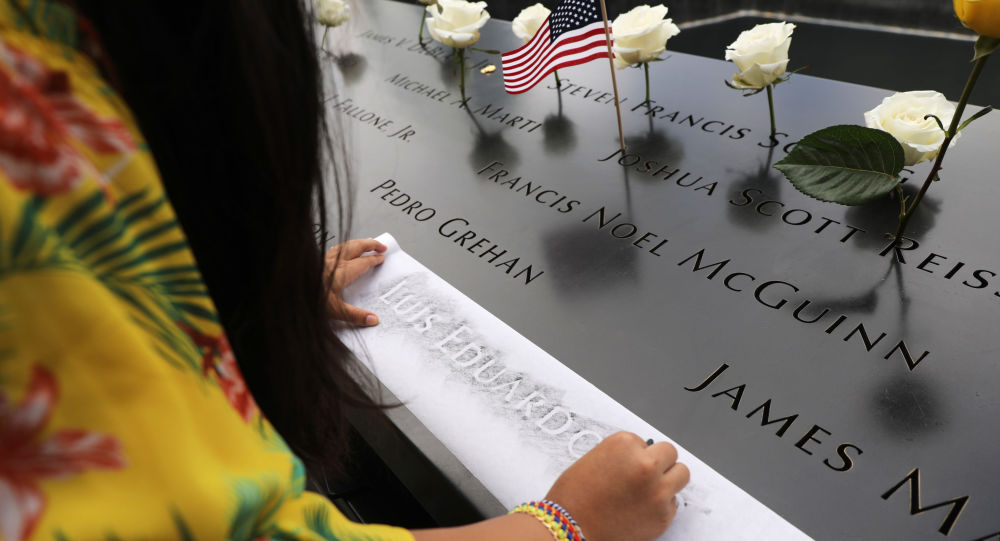 The freshman progressive Democratic Congresswoman sparked outrage at home after a portion of a March speech she made appeared to play down the 9/11 tragedy.

A speaker at the 9/11 commemoration event who is also a relative of one of the victims called out Democratic Congresswoman Ilhan Omar on what many consider to be her notorious and diminutive depiction of the tragic events: “some people did something”. The speaker, wearing a t-shirt with a caption repeating Omar’s infamous phrase, attempted to ‘educate’ the lawmaker in an apparently mocking manner on what happened on that grim day in 2001.

“Today I am here to respond to you exactly who did what to whom. Madam, objectively speaking, we know who and what was done. There is no uncertainty about that. On that day, 19 Islamic terrorists, members of Al Qaeda*, killed over 3,000 people and caused billions in dollars of economic damage. Is that clear?” he stated.

The speaker explained the “to whom” phrase, arguing that not just US citizens were attacked on that day, but the country’s “constitutional freedoms” and its founding “Judeo-Christian principles”. He suggested to Omar that she “show respect in honouring them”.

Nicholas Haros Jr. Is the son of a 9/11 a victim; today he appeared at NYC commemoration & unloaded on @IlhanMN

“Madam, objectively speaking we know who and what was done, there is no uncertainty about that … 19 Islamic terrorist members of al Qaeda killed over 3,000 people.” pic.twitter.com/iXWvGIeySc

The Democratic Congresswoman made her infamous remark during an address to Council on American-Islamic Relations (CAIR) in March of this year, claiming that the organisation was created because Muslim citizens in the US, following the aftermath of 9/11, had begun to “lose access to civil liberties”, because “some people did something” on 11 September 2001. Her statement sparked major criticism domestically over allegations that she was trying to diminish the importance of the tragedy.