by Eric Rasmusen, The Unz Review: The Jeffrey Epstein case is notable for the ups and downs in media coverage it’s gotten over the years. Everybody, it seems, in New York society knew by 2000 that Jeffrey Epstein and Ghislaine Maxwell were corrupting teenage girls, but the press wouldn’t cover it. Articles by New York in 2002 and Vanity Fair in 2003 alluded to it gently, while probing Epstein’s finances more closely. In 2005, the Palm Beach police investigated. The county prosecutor, Democrat Barry Krischer, wouldn’t prosecute for more than prostitution, so they went to the federal prosecutor, Republican Alexander Acosta, and got the FBI involved. Acosta’s office prepared an indictment, but before it was filed, he made a deal: Epstein agreed to plead guilty to a state law felony and receive a prison term of 18 months. In exchange, the federal interstate sex trafficking charges would not be prosecuted by Acosta’s office. Epstein was officially at the county jail for 13 months, where the county officials under Democratic Sheriff Ric Bradshaw gave him scandalously easy treatment, letting him spend his days outside, and letting him serve a year of probation in place of the last 5 months of his sentence. Acosta’s office complained, but it was a county jail, not a federal jail, so he was powerless.

Epstein was released, and various lawsuits were filed against him and settled out of court, presumably in exchange for silence. The media was quiet or complimentary as Epstein worked his way back into high society. Two books were written about the affair, and fell flat. The FBI became interested again around 2011 (a little known fact) and maybe things were happening behind the scenes, but the next big event was in 2018 when the Miami Herald published a series of investigative articles rehashing what had happened. In 2019 federal prosecutors indicted Epstein, he was put in jail, and he mysteriously died. Now, after much complaining in the press about how awful jails are and how many people commit suicide, things are quiet again, at least until the Justice Department and the State of Florida finish their investigation a few years from now. (For details and more links, see “Investigation: Jeffrey Epstein”at Medium.com and “Jeffrey Epstein” at Wikipedia.)

I’m an expert in the field of “game theory”, strategic thinking. What would I do if I were Epstein? I’d try to get the President, the Attorney-General, or the U.S. Attorney for the Southern District of New York to shut down the investigation before it went public. I’d have all my friends and all my money try to pressure them. If it failed and I were arrested, it would be time for the backup plan— the Deal. I’d try to minimize my prison time, and, just as important, to be put in one of the nicer federal prisons where I could associate with financial wizards and drug lords instead of serial killers, black nationalists, and people with bad breath.

That’s what Epstein would do. What about the powerful people Epstein would turn in to get his deal? They aren’t as smart as Epstein, but they would know the Deal was coming— that Epstein would be quite happy to sacrifice them in exchange for a prison with a slightly better golf course. What could they do? There’s only one good option— to kill Epstein, and do it quickly, before he could start giving information samples to the U. S. Attorney.

Trying to kill informers is absolutely routine in the mafia, or indeed, for gangs of any kind. The reason people call such talk “conspiracy theories” when it comes to Epstein is that his friends are WASPs and Jews, not Italians and Mexicans. But WASPs and Jews are human too. They want to protect themselves. Famous politicians, unlike gangsters, don’t have full-time professional hit men on their staffs, but that’s just common sense—politicians rarely need hit men, so it makes more sense to hire them on a piecework basis than as full-time employees. How would they find hit men? You or I wouldn’t know how to start, but it would be easy for them. Rich powerful people have bodyguards. Bodyguards are for defense, but the guys who do defense know guys who do offense. And Epstein’s friends are professional networkers. One reporter said of Ghislaine Maxwell, “Her Rolodex would blow away almost anyone else’s I can think of—probably even Rupert Murdoch’s.” They know people who know people. Maybe I’m six degrees of separation from a mafia hit man, but not Ghislaine Maxwell. I bet she knows at least one mafioso personally who knows more than one hit man.

In light of this, it would be very surprising if someone with a spare $50 million to spend to solve the Epstein problem didn’t give it a try. A lot of people can be bribed for $50 million. Thus, we should have expected to see bribery attempts. If none were detected, it must have been because prison workers are not reporting they’d been approached.

Some people say that government incompetence is always a better explanation than government malfeasance. That’s obviously wrong— when an undeserving business gets a contract, it’s not always because the government official in charge was just not paying attention. I can well believe that prisons often take prisoners off of suicide watch too soon, have guards who go to sleep and falsify records, remove cellmates from prisoners at risk of suicide or murder, let the TV cameras watching their most important prisoners go on the blink, and so forth. But that cuts both ways. Remember, in the case of Epstein, we’d expect a murder attempt whether the warden of the most important federal jail in the country is competent or not. If the warden is incompetent, we should expect that murder attempt to succeed. Murder becomes all the more more plausible. Instead of spending $50 million to bribe 20 guards and the warden, you just pay some thug $30,000 to walk in past the snoring guards, open the cell door, and strangle the sleeping prisoner, no fancy James Bond necessary. Or, if you can hire a New York Times reporter for $30,000 (as Epstein famously did a couple of years ago), you can spend $200,000 on a competent hit man to make double sure. Government incompetence does not lend support to the suicide theory; quite the opposite.

Now to my questions.

At any time from 2008 to the present, Florida and New York prosecutors could have gone after Epstein and easily convicted him. The federal nonprosecution agreement did not bind them. And, of course, it is not just Epstein who should have been prosecuted. Other culprits such as Prince Andrew are still at large.

Note that if even if the evidence is just the girl’s word against Ghislaine Maxwell’s or Prince Andrew’s, it’s still quite possible to get a jury to convict. After all, who would you believe, in a choice between Maxwell, Andrew, and Anyone Else in the World? For an example of what can be done if the government is eager to convict, instead of eager to protect important people, see the 2019 Cardinal Pell case in Australia. He was convicted by the secret testimony of a former choirboy, the only complainant, who claimed Pell had committed indecent acts during a chance encounter after Mass before Pell had even unrobed. Naturally, the only cardinal to be convicted of anything in the Catholic Church scandals is also the one who’s done the most to fight corruption. Where there’s a will, there’s a way to prosecute. It’s even easier to convict someone if he’s actually guilty.

Krischer refused to use the evidence the Palm Beach police gave him except to file a no-jail-time prostitution charge (they eventually went to Acosta, the federal prosecutor, instead, who got a guilty plea with an 18-month sentence). Bradshaw let him spend his days at home instead of at jail. In New York State, the county prosecutor, Cyrus Vance, fought to prevent Epstein from being classified as a Level III sex offender. Once he was, the police didn’t enforce the rule that required him to check in every 90 days.

Not easy, I should think. It wouldn’t be enough to prove that Epstein debauched teenagers. Trafficking is a federal offense, so it would have to involve commerce across state lines. It also must involve sale and profit, not just personal pleasure. The 2019 indictment is weak on this. The “interstate commerce” looks like it’s limited to Epstein making phone calls between Florida and New York. This is why I am not completely skeptical when former U.S. Attorney Acosta says that the 2008 nonprosecution deal was reasonable. He had strong evidence the Epstein violated Florida state law— but that wasn’t relevant. He had to prove violations of federal law.

Epstein had no chance at bail without bribing the judge, but this request would have been reasonable. That he didn’t request a guard is, I think, the strongest evidence that he wanted to die. If he didn’t commit suicide himself, he was sure making it easy for someone else to kill him.

Well, think about it— Epstein’s lawyer was Alan Dershowitz. If he left photos with someone like Dershowitz, that someone could earn a lot more by using the photos for blackmail himself than by dutifully carrying out his perverted customer’s instructions. The evidence is just too valuable, and Epstein was someone whose friends weren’t the kind of people he could trust. Probably not even his brother.

Prison workers from guard to warden should be told that if they took bribes, their lives are now in danger. Prison guards may not be bright enough to realize this. Anybody who knows anything important about Epstein should be advised to publicize their information immediately. That is the best way to stay alive. This is not like a typical case where witnesses get killed so they won’t testify. It’s not like with gangsters. Here, the publicity and investigative lead is what is most important, because these are reputable and rich offenders for whom publicity is a bigger threat than losing in court. They have very good lawyers, and probably aren’t guilty of federal crimes anyway, just state crimes, in corrupt states where they can use clout more effectively. Thus, killing potential informants before they tell the public is more important than killing informants to prevent their testimony at trial, a much more leisurely task. 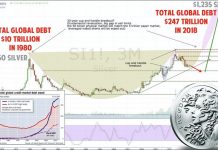