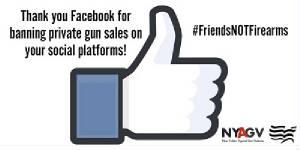 Small business entrepreneurs have an opportunity when the corporatist mega retailers adopt the authoritarian “PC” hysteria that seeks to ban all firearms and ammunition. Now may be a good time to jump into the snake pit and apply for a Federal Firearms License to become a gun dealer. Debating the validity of the Second Amendment with a snowflake or soccer mom is like dealing with a programmed sucker who took the short bus to their indoctrinated schooling sessions. Their lack of self-respect stems from the absence in the meaning of self-defense. They do not foster any sympathy as a victim; much less make a compelling argument that banning guns of responsible citizens is necessary to safeguard the children.

Now that Walmart will ban shoppers from openly carrying guns in its stores and stop selling some ammunition, the idiocy of corporations to insult their customer base has reached a new level of offense. With Dick’s Sporting Goods Sales Sink After New Gun Policy already taking its toll, the gun market is ripe for serving the demand with your neighborhood gunsmith. No one should assume it would be easy to navigate the rules, regulations and hostilities that lamebrain liberals, weak knee politicians and despotic bureaucrats will use to target and prevent the sale of firearms and bullets.

A publication unfriendly towards the gun owners, Business Insider provides these statistics; There are 50,000 more gun shops than McDonald’s in the US.

This helps explain why gun stores are so common in the US. When gun regulation is less strict, it creates opportunity for firearm sellers to launch more retailers.”

Hooah for gun owners . . . Now the surrender of your natural right of self-defensecrowd has their latest gimmick known as Red Flag Laws to gum up their unconstitutional assault against the populace and deprive due process.

“Seventeen states and D.C. have laws on the books that allow law enforcement or family members to petition courts to remove weapons from people who may be dangerous and prevent them from buying other weapons for up to a year. In many of these states, bipartisan groups of lawmakers led the drive to pass the legislation.”

Combating this continuous pattern of tyrannical brain washing is a daunting task for any businessman. However, the marketing of gun sales to the general public is legal and needs to be intensively promoted. One of the most effective means to alter the social climate of self-protection exists with spending your money on arming yourself and your family.

There is no shortage of gun grabbing attacks on the Second Amendment. The next two examples illustrate that proactive measures are necessary to defend your constitutional right to own and bear arms.

The law allows authorities to review out-of-state records tied to an applicant’s past or present mental illness.”

Political posse looks to shot down gun ruling in Connecticut

They urged justices to overturn the Connecticut decision, citing a much-debated 2005 federal law that shields gun-makers from liability, in most cases, when their products are used in crimes.”

Succumbing to the mentally deranged disorder of NYS legislation or singling out an entire industry with punitive liability as a means to remove fire arms from the marketplace is the real crime against the public. The Merchantry approach towards an independent and innovated market place offers an alternative to the faint-hearted executives in the board rooms of anti-gun hysteria.

Companies that reward intimidation and fear mongering do not deserve your patronage. Relying on the courts to affirm your absolute right to own personal protection weapons is risky at best. The epidemic for surrender is a disease that spreads when decision makers do not have the guts to stand up to the disarmed do-gooders.

A viable economy not only sells desired products, but encourages the development and fabrication of new inventions. Another option is to circumvent the propellant projectile armament that goes back to the Chinese invention of black powder during the 9th century. A new millennium modernized version of replacing firearms with improved capacity to subdue an aggressor may offer widespread support.

What is at stake is the principle of self-defense. Reviving the heritage of preserving life should be a fundamental tenant in a merchantry society. Note the resistance in the mob culture to the theme in Guns, Knives and Accelerant Control? Why the Weapons Are Not Responsible for the Crimes, by Beth Alcazar.

“James Alan Fox, Northeastern University professor of criminology, law and public policy (who is NOT pro-gun, by the way), has commented that while the tragedies themselves are atrocious, what should not be overlooked is that “whatever the reason, the lesser attention given to mass killings that do not invoke guns is disrespectful to the victims whose lives are tragically cut short. Is the crime any less serious if there were no gunshots? Are the victims any less dead? In fact, victims of burns, suffocation or stabbing often suffer a much slower and more painful death than gunshot victims.”