OK folks, there’s clearly something going on, at least in Russia. Over the past few weeks, we’ve seen (1) two munitions plant explosions, (2) the explosion of a nuclear test rocket, (3) the sinking of a Russian submarine somewhere off of Alaska, with the cryptic announcement from the Russian Defense Ministry that the crew died heroes. If one wants, throw in those fires in Siberia too. Well, there’s been another explosion, this time at a Russian biotech laboratory in Novosibirsk, a major city along the Trans-Siberian railway. In fact, many of you noticed this story, and many of you are wondering the same thing as I.  Here’s RT’s and Zero Hedge’s versions:

Both articles are essentially the same, with Zero Hedge echoing and copying the RT article, but on something like this it doesn’t hurt to check. The RT article states that the explosion occurred at a major Russian virology research facility called the Vector Institute. It’s what it was researching that’s rather intriguing:

The laboratory is known for having developed vaccines for Ebola and hepatitis, as well as for studying epidemics and general issues surrounding immunology. During the Cold War, it was thought to be part of now-defunct Soviet biological weapons program, meaning that some of the most dangerous strains – including that of smallpox, Ebola, anthrax and certain plagues – are still being kept inside the Institute’s building.

So we’re led to believe that the Vector Institute had once been a bioweapons laboratory, which was converted to an immunology facility. But it doesn’t take much imagination to see that the two are intimately related, and that the bioweapons component may still have been going on. But then there’s an even more curious statement. At the beginning of the article we’re informed that the facility we engulfed in flames after an explosion. Then, after being informed that the facility was once a bioweapons laboratory, we’re told this:

The fire was located and quickly extinguished on the fourth floor where some “construction works” were being carried out.

Reports by local authorities were conspicuously light on detail, with various sources suggesting it was a gas blast that had triggered a fire at the construction site. One construction worker suffered burns to his legs and was taken to hospital for trauma care.

Most of you who shared this story expressed some skepticism about the mundane speculation, and frankly, I share it too. If the story were standing alone, all by itself, the explanation would be plausible. It was just an unfortunate accident perhaps caused by human error, or an undetected accident due to the construction. But put into the context of two munitions plant explosions (both in Siberia, incidentally), a nuclear test rocket explosion, and the curious submarine incident, the complexion and character of the incident changes completely, for it would appear that someone seems to be targeting Russian research facilities or research institutions. If this were the sole potential context from which to view these incidents, then the culprits would seem to be rather obvious: someone in the West, or its allies.  Then there were those strange Chinese chemical plant explosions, beginning with the one in Tianjin that left the suspiciously narrow and deep crater. To my mind, there’s simply been too much of these types of events lately to write them all off to human error, accident or any other mundane explanation.

But cast the net of suspicion a bit wider, and the picture becomes puzzling. Consider the anomalies associated with the California fires, and one has a confusing picture, for “someone” would clearly seem to be targeting real estate in the USA as well. Perhaps one may even add the fires in Saudi Arabia’s oil production facilities; perhaps that event was some sort of “pay back”. If one assumes that all these things are related – and that’s a big assumption – then the question of who, why, and how becomes both crucial and pressing. 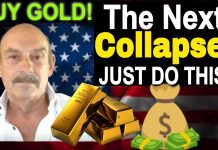 Bill Holter: Gold And Silver Will Be The #1 Investment When The Next Financial Crash Happens…