by Sara Carter, via ZeroHedge: 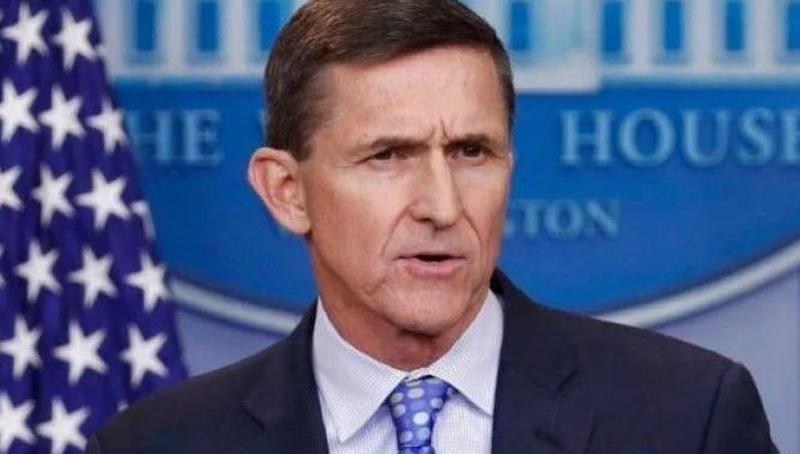 A bombshell revelation was barely noticed at National Security Advisor Michael Flynn’s hearing Tuesday, when his counsel revealed in court the existence of a Justice Department memo from Jan. 30, 2017 exonerating Flynn of any collusion with Russia.

The memo, which has still not been made available to Flynn’s attorney Sidney Powell, is part of a litany of Brady material she is demanding from prosecutors. The memo is currently under protective order and Powell is working with prosecutors to get it disclosed, SaraACarter.com has learned.

U.S. District Court Judge Emmet G. Sullivan presided over the hearing Tuesday  and set a tentative Dec. 18 sentencing date. He told the prosecution and defense that the sentencing date could be moved depending on the outcome of requests for Brady material requested by Powell and how the case will unfold in the upcoming months. Sullivan also noted during the hearing that the Brady order takes precedence over the plea agreement.

Powell will likely seek to have case dismissed for ‘egregious’ prosecutorial misconduct and withholding of exculpatory material.

“Judge Sullivan is obviously taking the Brady issues very seriously and clearly told the prosecutors that his Brady order stands regardless of the plea agreement or the plea,” Powell told SaraACarter.com.

“If the prosecutors here were seeking justice instead of a conviction, General Flynn would not have been prosecuted. They have been hiding evidence that he was exonerated in early 2017.”

Powell noted the extraordinary misconduct of the government during the hearing. She also said that Flynn would have never pleaded guilty if the government had disclosed the Brady materials before the original trial that she is now demanding. There would not have been a plea if the prosecutors had met their Brady obligations, Powell argued before the court.

Powell’s discovery of the memo shatters not only the narrative that was pushed by former Obama Administration officials regarding Flynn but also the ongoing narrative that President Donald Trump’s concern over Flynn’s prosecution amounted to alleged obstruction.

The January, 2017 timeline of the DOJ memo is extremely significant. Former FBI Director James Comey said in previous interviews that he leaked his memos through a friend to be published in the New York Times with the hope of getting a special counsel appointed to investigate Trump for obstruction. In late August, Inspector General Michael Horowitz released his much anticipated report on Comey. It was scathing and revealed that he violated FBI policy when he leaked his memos that described his private conversations with  Trump. However, the DOJ declined to prosecute Comey on Horowitz’s referral.

But the existence of such a memo calls into question Comey’s actions both when he met with Trump privately and when he wrote his personal memos recanting the meetings. If the Jan. 30, 2017 DOJ Flynn memo does exonerate Flynn, then it will call into question Comey’s actions when he had the private meetings with Trump. Why didn’t Comey reveal to Trump that DOJ found no evidence that Flynn was an ‘agent of Russia’ when he met Trump at the White House on Feb. 14 meeting?  Why were the stories about Flynn, along with classified information regarding his phone conversations with the former Russian Ambassador Sergey Kislyak, leaked to the Washington Post in January, with a followup in  early February? Remember, the information was leaked by senior government officials, according to the author and columnist David Ignatius. Ignatius said that senior officials accused Flynn of violating the Logan Act, even worse conspiring with Russia.

Further, new information that former FBI Deputy Director Andrew McCabe advised that there was no Logan Act violation, along with the DOJ internal memo of Jan. 30 that Flynn ‘was not an agent of Russia,’ was enough information for Comey to advise the President that Flynn had been cleared of any wrongdoing.

Instead, Comey claimed obstruction of justice by the President.

Comey said in one of his most significant memos chronicling his Feb. 14, 2017 meeting at the Oval Office with Trump, which was the day after Trump had fired Flynn, that Trump asked everyone but Comey to leave the room, and told him he wanted to “talk about Mike Flynn.” Flynn was fired at the time over controversy that arose from a classified information leaked to the Washington Post regarding his conversations by phone in December, 2016 with former Russian Ambassador Sergey Kislyak. The story stated that Flynn had discussed the sanctions with Kislyak. However, Comey later admitted that the FBI agents he sent to interview Flynn didn’t believe he was lying about his conversation with the former ambassador.