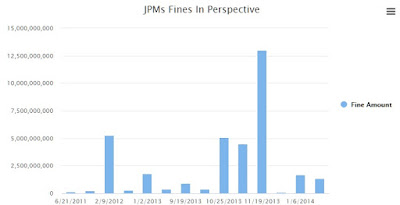 With JP Morgan having been fined more than a dozen times over the past decade for fraudulently rigging the Forex, Libor, and Mortgage interest rate markets, it should not be surprising that they have finally been outed for what most in the gold community suspected… rigging of that market as well.

And in a vastly surprising turn of events on Sept. 17, the Department of Justice (DOJ) not only decided to finally look into the investment bank’s dealings in the gold markets, but they are even going so far as to call them a criminal enterprise. 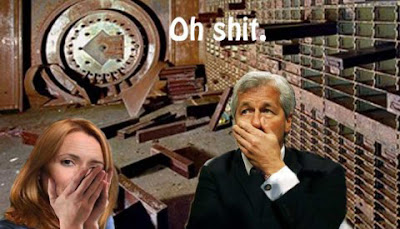 In an indictment unsealed on Monday morning, the DoJ charged Michael Nowak, a JPMorgan veteran and former head of its precious metals trading desk and Gregg Smith, another trader on JPM’s metals desk, in the probe. (Blythe Masters was somehow omitted). “Based on the fact that it was conduct that was widespread on the desk, it was engaged in in thousands of episodes over an eight-year period — that it is precisely the kind of conduct that the RICO statute is meant to punish,” Assistant Attorney General Brian Benczkowski told reporters. Here’s where it gets extra interesting: according to Bloomberg, the unusually aggressive language language embraced by prosecutors reminds legal experts of indictments utilizing the RICO Act – a law allowing prosecutors to take down ‘criminal enterprises’ like the mafia by charging all members of the organization for any crimes committed by an individual on behalf of the organization. – Zerohedge

Of the three primary bankers involved in the manipulation and price rigging, one of them is actually on the Board of the London Bullion Market Association (LBMA) who is responsible for the ‘fixing’ of prices twice a day for gold.

In the indictment unsealed 16 September 2019, the DoJ charged LBMA Board member and JP Morgan managing director Nowak, along with JP Morgan precious metals trader Gregg Smith and former JP Morgan precious metals trader Christopher Jordan for: “alleged participation in a racketeering conspiracy and other federal crimes in connection with the manipulation of the markets for precious metals futures contracts, which spanned over eight years and involved thousands of unlawful trading sequences.” Commenting on the case, Department of Justice Assistant Attorney General Brian A. Benczkowski stated that: “The defendants and others allegedly engaged in a massive, multiyear scheme to manipulate the market for precious metals futures contracts and defraud market participants.” – Bullion Star