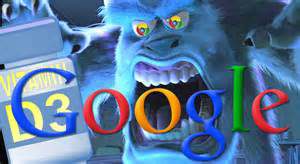 Google has proven — over and over again — that it is the draconian censorship arm of the rapidly emerging tyrannical technocracy sometimes called the Global Control Matrix. This particular technocratic entity is at once totalitarian in its operation, criminal in its intent and rabidly anti-truth.  In a phrase, the enterprise known worldwide as Google is dangerous to the extreme.

History and back story

Google is a Big Brother creation of DARPA’s information technology laboratories now run under the rubric of the Central Intelligence Agency in close coordination with the NSA and DIA. The following two links reveal the hidden back story.

GOOGLE: Conceived, Funded and Directed By The CIA — Part I

GOOGLE: Conceived, Funded and Directed By The CIA — Part II

From its very inception, Google was fabricated as a global censorship platform whose primary mission is to filter out the truth whenever it poses a threat to the establishment and/or the power elite.

Google is the plaything of The Powers That Be and ruthlessly used to disappear truth in all spheres of life.

The two greatest areas of threat to the status quo concern real conspiracy theories and health truth. This is where Google has intensified its efforts to remove all content that presents facts about such radioactive topics as the false flag 9/11 attacks and super-vaccination agenda.

The single best way to collapse Google is to “starve the beast”.

This corporate behemoth only survives through its various advertising platforms and especially their many revenue-producing ad delivery networks.  Therefore, Google can be quickly bankrupted by radically shrinking its user base.  The fewer the users, the less advertisers will pay to place their ads.

Really, why would anyone ever want to use a search engine developed by DARPA, overseen by the C.I.A. and censored daily by the DIA, FBI and other secret agencies within the U.S. Intelligence Community.

*Google is a creation of the U.S. Federal Government and the Military-Industrial Complex, so its primary mission is to censor any and all information/data that sheds a negative light on British-American imperialism, Deep State criminality and countless Khazarian Mafia exploits.

“A Menace to Society Morphs into a Global Censorship Monster”

The only way to view Google at this point of it meteoric metamorphosis into a full-blown censorship monster is as an insatiable and mammoth “pac-man” gobbling up every piece of information and data on every person and entity on the planet. 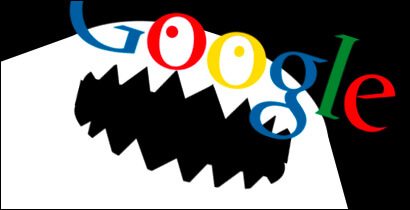 As Google voraciously gobbles up more and more of the info-space throughout the World Wide Web, it increasingly dwarfs every other search engine platform.

Now operating as a massive and unregulated monopoly, Google uses many hegemonic and underhanded tactics to crush the competition. Because it’s secretly supported (and fed) by all the major organs of the Military-Industrial Complex, it maintains it ascendancy through the thick and the thin while the smaller search engines struggle.

The US government has permitted Google to exert unfettered control over the information marketplace just as it has allowed AMAZON to totally dominate the digital sales market. AMAZON has done to Internet sellers what Walmart did to brick and mortar storefronts around the globe.

Again, the single best way to bring down Google for good is to starve the beast.

As previously mentioned, Google only makes money from its immense advertising platform; hence, when their user base shrinks so do their advertising clients decrease. When that occurs in a BIG way, advertisers large and small will abandon the monstrous search engine.

There are several alternative search engines which do not YET censor as aggressively as Google does. And, they produce search results every bit just as good and thorough.

Here are some of those search engines, some of which may censor but nothing compared to what Google does routinely.

An unexpected blow to the ECB – Part II