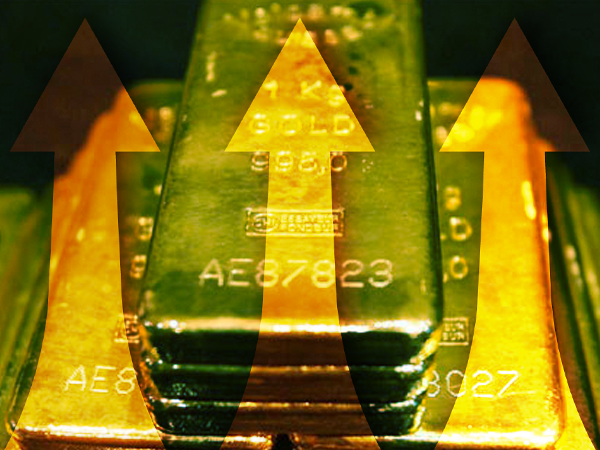 The price movements of precious metals are difficult for some people to understand. In the world of equities, investors are mesmerized by tickers day in and day out, and market movements occur minute by minute. This realm of investment teaches people to shorten their memories, their attention spans and their patience. In the world of gold and silver, however, investors buy and sell according to cycles that last years – oftentimes several decades. It is the complete antithesis to stocks.

This is why gold catches a lot of ignorant criticism at times. The “barbaric relic” does not behave the way day traders want it to behave. It sleeps, they ignore it or laugh at it, and then it explodes. It is not surprising that your average stock market player is usually caught completely off guard when an economic crisis hits Main Street, while the average gold investor already saw the event coming many months in advance. The gold mentality lends itself to caution, observation and historical relevance. The stock market mentality lends itself to carelessness and the denial of history.

I would acknowledge here that there is plenty of evidence of paper market manipulation of gold and silver to the downside by major banks like JP Morgan. Any investor in metals should take this into account. However, it is also important to realize that in moments of economic uncertainty, the physical market can and does overtake paper manipulation, and prices rise anyway. This is exactly what happened in the lead up to the 2008 crash, and it’s happening again today.

Gold and silver have had an exciting run in the past couple of months, and this is taking place exactly because precious metals are doing what they are supposed to do – act as a hedge against economic instability. This is where I see a disconnect in the mainstream media and the stock market pundits in their explanations for the gold rally.

The economic media and some in the alternative media expected gold to take a dive in July. Why? Because they also had high expectations for Fed Chair Jerome Powell to massage the markets with an ample interest rate cut and promises of stimulus measures in the near future. This did not happen. Instead, market investors were shocked to hear Powell deny any need for renewed quantitative easing (QE) and they were greeted with a marginal 0.25% cut in rates with no guarantees that any more cuts were on the way.

In August, this message was reiterated at the annual Fed Jackson Hole meeting, and multiple Fed officials indicated that the central bank has no intention of introducing new stimulus, and that aggressive rate cuts are unlikely.

Currently, the Fed continues to hold rates near their “neutral rate of inflation”, they are still cutting assets from their balance sheet, and the Fed funds rate is currently the single HIGHEST rate of all central bank rates in the developed world. Global dollar liquidity is drying up and mainstream analysts are practically begging the central bank to reintroduce stimulus measures.

The Fed also continues to make the false claim that US economic growth is “strong” and that a recovery is still underway, despite the fact that the yield curve has flattened to levels not seen in over a decade, housing sales are falling, auto sales are falling, retailers are expecting store closures of over 12,000 outlets this year, US freight is grinding to a halt, US manufacturing PMI is the weakest it has been since 2009, etc. Some of the Fed’s own data is showing a recessionary storm is about to make landfall, despite all their statistical rigging, and yet they ignore it completely and repeat the mantra that “all is well”.

This should not surprise anyone; this is what the Fed always does. They create massive debt bubbles, then tighten policy conditions causing the bubbles to implode. They then lie about the economic threat until the crash is about to cripple the average citizen. Then, they claim “no one could have seen this coming”.

As I have been predicting for the past few years, the Fed is keeping liquidity tight right up until crash conditions become obvious to the public. Talk of recession is now being taken a bit more seriously, and the only thing left to prop up economic optimism is the US consumer and his debt burden, which is growing far beyond the historic highs seen during the crash of 2008. Stock markets are being propped up by corporate stock buybacks, but for how long? How long can these companies pour capital into their own stocks to fight a losing battle?

In the wake of the Fed’s “disappointment”, and their refusal to promise investors that the old fiat punch bowl will return, the US dollar index spiked in response and has continued to climb. The vast majority of analysts claimed that gold prices would plummet. Instead, they accelerated.

As I predicted in my article ‘Gold Will Rise Even If The Fed Doesn’t Cut Interest Rates’, the gold price found wings in July and August. This matches exactly with what happened in 2006-2007. As the Fed raised interest rates and tightened liquidity, the dollar index jumped but gold prices still almost doubled in the same time frame. This is because the dollar index does not always dictate the price of gold. Sometimes, gold decouples from the dollar and rises according to market instability. When a crisis is near, precious metals are heavily bought. The dollar becomes a secondary issue.

I believe that this trend will continue. Currently, the trade war has entered a new phase with the latest round of tariffs on both the US and Chinese sides. I said it over a year and a half ago and I’ll say it again – the trade war is not going to end until the crash runs its course. It is a highly useful distraction away from the central bankers and their controlled demolition of the Everything Bubble.

The Fed’s policy decisions seem to be having little negative effect on metals prices going into autumn, and there doesn’t seem to be any indication that they plan to dramatically alter their current course of little to no rate reductions and no new stimulus. As I warned in July, some alternative economists have been jumping the gun by predicting the Fed would rush headlong into QE4, and they do this because they have a bias in favor of a rising gold price. But these people need to realize that gold can and will climb in value even if the Fed does not launch stimulus measures.

For now, I predict that prices will remain relatively steady with a slight uptrend for perhaps another month or two, until October or November. The next most obvious catalyst event would be the Brexit. If the Brexit decision culminates in a ‘No Deal’ exit from the EU (as I believe it will), then expect metals prices to skyrocket from that point on.