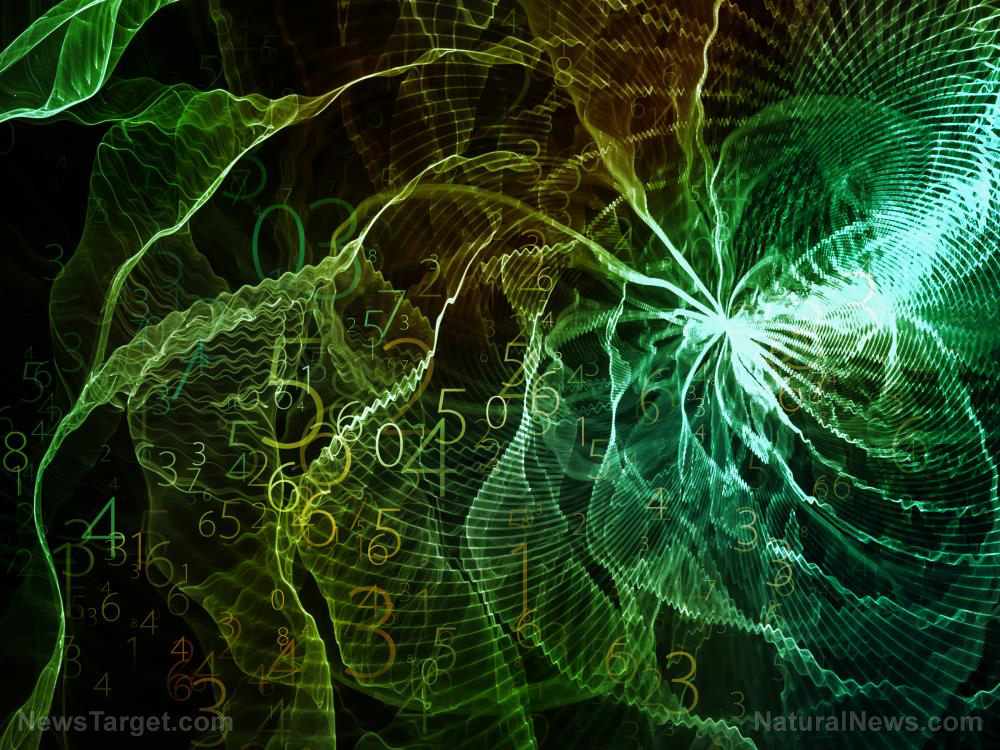 Over the last 24 hours, Natural News and NewsWars have spearheaded the reporting on the implications of Google’s “quantum supremacy” announcement from Friday. What’s astonishing is how few independent media publishers and mainstream media outlets are covering this story, considering it’s the biggest computing milestone in the history of humanity, with game-changing implications for the future of the human race.

The “crypto” in “cryptocurrency,” of course, stands for “cryptography.” It is cryptography that allows cryptocurrency transactions to be securely communicated over non-secure networks (such as the open internet) while verifying the authenticity of the party sending cryptocurrency funds. Quantum computing makes classical cryptography obsolete for mathematical reasons explained below.

Cryptography relies on cryptographic asymmetry, which is rendered obsolete by quantum computing

What this means is that even if Bitcoin doubled the number of bits used in its encryption algorithms to 512, quantum computers simply need to increase their qubits to 512 to be able to break all the Bitcoin encryption in about the same amount of time the encryption required (which is almost no time at all).

So you might say why not just make all Bitcoin encryption 1024 bits, or 2048 bits, or 4096? The answer should be obvious. Thanks to quantum computing, you no longer have an asymmetrical computing advantage, meaning that you are adding just as much computing burden to the encryption side as you are to the “breaking encryption” side of the equation. And if you thought Bitcoin was slow and bloated today, just imagine how slow it would become if you start doubling or quadrupling the number of bits needed for every secure communication.

Meanwhile, quantum computing is leaping forward at orders of magnitude that make your head spin. Honestly stated, most people just don’t follow the math and can’t comprehend the reality of how much faster quantum computers are at breaking encryption codes compared to classical computers.

This Cornell University science paper, published in January of 2016, tested the speed of a quantum computer solving a 945-variable equation, using quantum tunneling computational principles. The result? According to the study:

For instances with 945 variables, this results in a time-to-99%-success-probability that is ?10^8 times faster than SA running on a single processor core. We also compared physical QA with Quantum Monte Carlo (QMC), an algorithm that emulates quantum tunneling on classical processors. We observe a substantial constant overhead against physical QA: D-Wave 2X again runs up to ?10^8 times faster than an optimized implementation of QMC on a single core.

Ten to the power of 8 (i.e. 10^8) is of course 100 million times faster than a classical computational core such as the one powering your computer. And this was over 3 years ago, by the way, before the “quantum supremacy” announcement by Google last Friday.

If you do the math on this, what it means is that this quantum computing system can solve a problem in one second that would take your desktop PC over three years to solve.

Quantum computers are “stargates” that send complex problems to a multidimensional, hyper-computational realm which computes the correct answer

But it’s not just speed that matters. Quantum computers aren’t necessarily good at rendering 3D graphics, for example, or crunching databases. They are very narrow-use computational devices, and their No. 1 best application is breaking encryption (they’re also good at generating truly random numbers, which has many applications in cryptography). They do it almost by magic, invoking multidimensional mathematics that some say involve sending the encryption problem out to 2^n dimensions, where n is the number of bits used in the encryption. These 2^n dimensions each express one possible solution to the encryption problem. Yet the quantum computer is able to pick the “right” answer out of those multitude of dimensions and bring it back into our dimension, expressed as a readable state of qubits, which is then translated into regular binary.

Quantum computers, in other words, use the mathematics inherent in the fabric of the cosmos to “solve” problems without having to compute the solutions. You might say there really isn’t any “computation” taking place, but rather a diverting of the encryption problem to the fabric of the cosmos which does the computing for you. You could even call it a “computational wormhole” or “stargate” that seems to cheat the laws of reality.

If this makes no sense, you’re not alone. It’s difficult for humans to grasp the fact that the very nature of the cosmos is pure mathematics, from which the emergent property of physics springs forward. I recently spoke at the True Legends event in Branson, Missouri, and there I met Hugo de Garis, an Artificial Intelligence expert who proposes that the entire universe may in fact be the creation of a hyper-advanced AI intellect that created the cosmos out of pure mathematics. He is proposing, in other words, that “God” is an AI intellect, which means he believes in Deism (a God creator) but not necessarily Theism (the Christian, loving God as creator).

According to de Garis and others who are proficient in AI system and high-level mathematics, the fabric of the cosmos is nothing more than the expression of mathematics. This means the cosmos is computational by its nature. In other words, the cosmos computes things all the time, inherently. This includes the orbital cloud waves of electrons, by the way, and the actions and properties of atoms and subatomic particles. The construction of quantum computers means that humans have built a way to send mathematical problems to the cosmos, using the computational power inherent in the cosmos, and retrieve the answers back in our “real” world (which is course isn’t real at all, but lets pretend it is so we can get on with this explanation).

The fabric of reality is a hyper-dimensional, hyper-computational system

The very fabric of reality, in other words, is a hyper-dimensional supercomputer. If you can tap into it, you can ask it to solve incredibly complex mathematical problems for you. That’s what quantum computers really are: a sort of “stargate” into the mathematical hyperdimensional computational fabric of reality that solves problems for you at essential zero cost, since it’s part of the very structure of the universe itself.

A research paper published in 2014 confirms this, finding that quantum computers don’t run any faster than classical computers. There’s no “quantum speedup” of the CPU, in other words. The quantum “computer” isn’t actually doing the computing at all. As CNET reported in 2014:

A research team at the Swiss Federal Institute of Technology in Zurich reports that there is still a lack of definitive evidence that the D-Wave Two can perform functions any faster than traditional machines. The results of the test were published in the journal Science Thursday…

By the way, if you think this is interesting stuff, listen to my recent podcast on the distortions of spacetime by Faster-Than-Light (FTL) warp drive systems and how they allow ships to travel at multiples of the speed of light without violating the laws of the universe, which limit relative speed to C. This podcast is highly technical, but incredibly fascinating, and it explains the movement of the non-Earth ships recently captured on video by Air Force jet fighter pilots, which has now been verified as authentic by the U.S. Air Force itself.

(You can watch more of my lectures on FTL travel, warp drives, spacetime distortions, antimatter fuel systems and cosmic economics at OblivionAgenda.com. Many more lecture videos are on the way, by the way, covering these topics and much more.)

In summary (so far), quantum computers are not really computational devices at all. They are portals to the computational nature of reality. Quantum computers don’t “compute” anything, simply stated. They dispatch highly complex problems to multiple dimensions which then return the “correct” answers to our reality. From there, scientists use classical circuits to read the state of the qubits and translate the answers into classical bit representations which are then of course easily translated into hexadecimal (base 16) expressions of values.

If you’re not yet convinced that the nature of reality is computational, realize that classic logic gates such as “OR” and “AND” functions have already been achieved and demonstrated at the Femto level, which is 1/1,000,000th the scale of nanotech. (Metric units, to review, go in this order, with 10^3 scale between each: milli, micro, nano, pico, femto, atto, zepto, yocto.)

The computational nature of the cosmos goes even far beyond this. The very structure of what might be called “the grid” is both quantized and highly computational. Just ask Planck. (By the way, the quantization of the fabric of the cosmos is very nearly proof all by itself that the underlying nature of reality is mathematical. This does not disprove the existence of God, by the way. It just means God expresses creation through mathematics, which are also found across all living systems such as plants, microbes, etc.)

Atomic physics, you might say, is an emergent property of the mathematical and computational undercurrent that penetrates and pervades the construct of “reality.” That’s why there are no electrons until you observe them, collapsing mathematical probability wave functions into a momentary expression of “reality” in order to complete the illusion for the conscious observer.