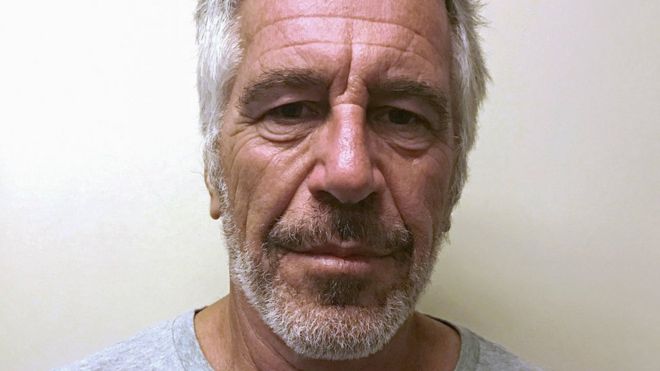 Jeffrey Epstein was removed from his prison cell to another part of the Metropolitan Correctional Center hours before his death, casting serious doubt about the narrative surrounding the pedophile’s reported suicide, federal law enforcement sources said.

The shocking revelations, if true, shatter the Justice Department’s narrative that Epstein hung himself in his cell with a prison bed sheet.

The FBI is investigating Epstein’s death which now includes reports that Epstein was taken to a different part of the prison before MCC officials made a 911 call to the New York Fire Department.

Epstein may have been returned to his cell in a wheelchair shortly before that 911 call was made.

“There are reports he was in a wheelchair and slumped over coming back to his cell after approximately 5 am,” a federal law enforcement source said.

MCC officials called 911 at approximately 6:40 am.

Was Epstein unconscious at the time? Or even alive?

And where was he in the MCC?

Where is the surveillance camera footage from other parts of the MCC?

And if he wasn’t in his cell to hang himself, how did he die?

Dozens of disturbing questions await answers and these new wrinkles turn the Justice Department’s official suicide narrative on its ear.

But Justice Department and federal Bureau of Prison officials are not commenting.

But some federal agents believe the truth about what happened to Epstein just moments before his death is too explosive to see the light of day.

“The feeling is (US Attorney General William) Barr won’t be able to cut this loose in any official capacity and there is push back to pursue the information about Epstein being taken from his cell before the 911 call,” an FBI insider said.

Federal sources said the media, including the New York Times, have worked to craft a narrative that Epstein was ignored by prison guards who failed to inspect his cell prior to his death. Prison guards even fell asleep, according to the Times’ reporting. That information went viral with hundreds of media outlets reprinting that story, based on the New York Times’ reporting.

However, that now appears to be questionable information at best. But dubious or not it has served to create the suicide narrative.