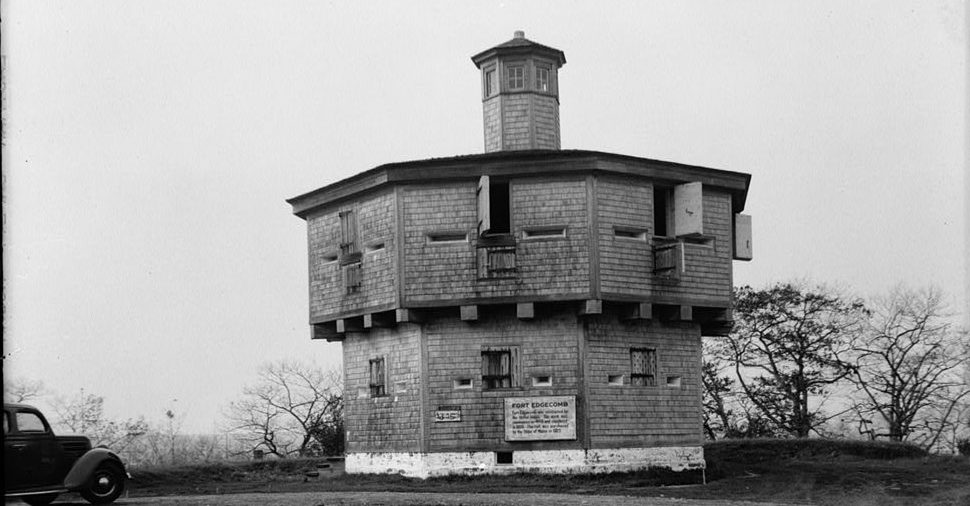 As I mentioned earlier, direct observation of an intruder approaching is another form of detection, but I’m focusing on situations where you may not be able to have eyes everywhere 24×7. However, if an alarm does go off you’ll need some way to get ‘eyes on’ to determine what caused the alarm without unnecessarily exposing yourself to potential danger. There are a number of possible options to enhance your ability to observe a potential intruder.

The simplest and most obvious option would be magnified optics, such as binoculars or a monocular, assuming you have a line-of-sight to the area where the alarm was triggered. I’m not going to provide a detailed overview of optics, but you should at least understand how they’re rated. Most optics have two numbers – a magnification and a lens diameter, so a 10 x 36 device would magnify what you see 10 times, and the objective (front) lens is 36mm in diameter. Magnification means how close the image appears to be, so 10x means that something 100 feet away would appear to be 10 feet away. For the objective lens diameter, the larger the lens the more light it gathers, so larger lenses tend to provide clearer views and work better in low-light situations.

There are a ton of factors that impact the quality and usefulness of optics, but the two rules I try to follow are a) get the lowest level of magnification that’s appropriate for the distance you need to view, since higher magnifications tend to reduce your field of view, and b) get the largest diameter objective lens you can afford, consistent with other quality factors. There are a number of good articles on SurvivalBlog.com about various optics – take some time and do some research. You may also want to consider setting up an elevated position like a hunter’s treestand or a widow’s walk platform to increase your viewing distance. This ties back to the earlier discussion about mapping and planning your security system to understand your potential fields of view in relation to where you set up your sensors.

For observing really distant alarm points or for locations where you don’t have any line-of-sight, you may want to consider getting a camera drone. These are available in a wide variety of capabilities and costs, so do some research before investing in one. Note that most reasonably-priced commercial drones have a limited flight time, typically less than 30 minutes, so they really aren’t that useful for general patrolling, but they’re perfect for a quick check-out of the location where a sensor was tripped. Practice guiding the drone to your sensor locations to get a feel for what landmarks look like from the air and typical wind conditions. Drones tend to produce a unique and noticeable sound, so try to avoid hovering over one area where an intruder can take a shot at it before you can see them.

You could also potentially set up cameras to view remote locations, but as I said in the beginning of the article I’m focusing on less-complex systems. Depending on the technology, cameras require power, communications (like a Wi-Fi network, wires, etc.), some way to view the video, etc. Setting up a camera security system is a subject for an entire article by itself.

Since it’s possible that you may not detect an intruder until they’ve hit your inner perimeter, you should also have options set up for close-in viewing without exposing yourself. One option is to install doors. They provide a wide angle view of the surroundings and can allow you to see someone that’s trying to hide against a wall. You can also get video camera peepholes, which can be recharged via USB. Another option to provide extra near field visibility are security mirrors, such as convex and bubble mirrors.

My house is a garrison-style where the second floor overhangs the first by about 2’, so I’ve installed convex mirrors under the overhang that allow me to see everything around my doors from one of the windows without exposing myself. Note that you could also use these in conjunction with binoculars/monoculars to observe areas behind obstacles that might be some distance from your house, like the back side of a shed or barn. One final option that might seem like a toy but I’ve found to be very useful is a periscope. It allows me to look out of windows, around corners and from below cover without exposing myself.

Since intruders probably won’t be considerate enough to only show up during the day, you’ll need to plan on how you’ll be able to observe them at night and other in low-light situations. The simplest solution would be to add some lighting to cover the areas where your sensors are located. One good option is a solar-powered motion sensing light – you can install these anywhere you can position the solar collector in the sun (the model I linked to comes with a 15’ foot cable). Another possible choice for closer to your house are spot/flood lights for off-road vehicles, since they’re designed to run off of 12 Volts DC. Be aware that they consume a lot of power, so you’ll need to use heavy-gauge wire to power them, and they’ll drain a battery pretty quickly. On the plus side they’ll probably instantly blind any intruder when you turn them on.

Unless your entire perimeter is close to your house you’ll also want some mobile lighting, a.k.a. flashlights. Talking to preppers about flashlights is like talking to them about guns or knives – everyone has their favorite, and asking which is best is sure to start a flame war. My advice is to get one that allows you to clearly light up an area out to your outer perimeter from your house, and stick with the quality vendors like Nitecore, Fenix, Streamlight and Surefire. One of my favorites is the Nitecore EA45S – it’s rugged, waterproof to 2 meters, provides up to 1000 lumens with 4 AA batteries and the flat body is easy to grip. If you need even more lighting power you can go with something like the Nitecore Concept 2, which provides up to 6500 lumens, or one of those gazillion candlepower spotlights, which can also get hot enough to double as an oven. Make sure you have spares for whatever you choose (two is one, one is none), and keep spare batteries or charging sources available.

The next obvious option for low-light observation is some form of night vision. A full dissertation on night vision would be an article by itself (several of which are available on SurvivalBlog.com), but you should understand the three types of night vision:

If there’s any possible way you can afford it, then I highly recommend that you include light amplification night vision optics in your security preparations. These are the same devices used by the military and provide the best all-around approach to night vision. If those aren’t a practical option, you can find decent active infrared night vision devices such as the Bushnell Equinox Z or Bestguarder NV-900 for around $200-$400 dollars, or relatively inexpensive thermal vision such as the FLIR Scout TK for around $500. If you want to use an active infrared system to look out of windows, you should install infrared floodlights on the outside – just make sure to turn off any IR illuminator built into the device itself before pointing it at a window.

There’s also a low-cost thermal vision option made by Seek Thermal that’s designed to work with your cell phone. Note that if you plug this directly into your cell phone and try to use it at night, the phone’s display will nicely illuminate your face, potentially making you a target. You can use an extension cable to attach it to your phone so you can hold the camera around a corner or up over some cover, or you can use an inexpensive VR headset with the Seek Thermal camera attached on the outside to make some poor-man’s night vision goggles.

Having the best security system in the world doesn’t do you a lot of good if you don’t appropriately respond to alerts. Taking the approach of ‘I’ll just wander over and see what’s going on’ might work when the world is rainbows and unicorns, but it could get you killed if there’s a band of armed marauders operating in your area. For example, a group of people with ill intent could spot one of your tripwires, set up an ambush along the most likely approach path, and then trigger the alarm to catch whoever comes to check it out. You should develop and document a response plan that incorporates the following considerations:

You also need to be careful to balance security and productivity for the people in your group – if you get a lot of false alarms and everyone has to drop what they’re doing and take up defensive positions every time one goes off, people may stop taking them seriously (or even disconnect them).

The procedures don’t need to be a huge hundred-page document, but they should at least provide general guidelines for how to handle the most common situations you may encounter.