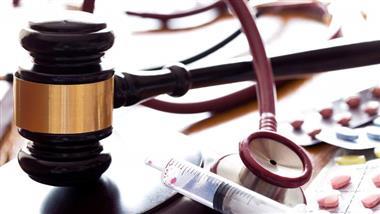 The pharmaceutical industry is now the most distrusted and poorly regarded industry in the U.S. This according to the latest Gallup Poll1 published September 3, 2019, which assesses Americans’ views of 25 industry sectors on an annual basis. A mere 27% have a “totally positive” view of the drug industry, while 58% have a “totally negative” view; 15% are neutral.

It’s an unexpected turn of events, surely, as signs of growing distrust have become more readily evident. Big Pharma distrust was also blamed for “fueling the anti-vaxxer movement and playing a role in the measles outbreak” in an April 2019 article in USA Today.2

“‘In order to believe vaccines are hurting you means your doctor is lying to you,’ Offit says. To believe that, ‘on some level you have to be a conspiracy theorist’ who believes the industry is ‘directing the government and the health care industry to lie about vaccines.'”5

In other words, if you have doubts about vaccine safety and would like to see more evidence, you’re a conspiracy theorist, placing you in the category of a domestic terrorist threat. At least that’s what Offit would like you to think. The fact is, lies are being told about vaccines.

As just one example, and an egregious one, in a January 2019 interview with CBS News,6 Dr. Anthony Fauci, director of the National Institute of Allergy and Infectious Diseases (NIAID), flat-out denied that vaccines can cause injury or death. That is not only misinformation, it’s an outright lie.

Since 1988, the federally operated vaccine injury compensation program (VICP) created under the National Childhood Vaccine Injury Act of 1986 has paid out about $4 billion in awards to vaccine injured victims, and that’s just 31% of the petitions filed for compensation.7

Misinformation about the safety of vaccines is being pushed front and center, and evidence of harm is not only being swept under the proverbial rug, those sharing that information are vilified, harassed and threatened in not entirely subtle ways.

There is a revolving door between people who work for U.S. federal health agencies and then go to work for the pharmaceutical industry and the other way around.8,9

This means that Big Pharma, which over the past decade has spent $2.5 billion lobbying the federal government, is having a tremendous influence on vaccine regulation, policymaking and law.10 These are not theories. They’re provable facts.

Yet in recent times, we’ve seen vicious public attacks against anyone who questions vaccine safety, policy and law, or vaccine science. There have been extreme calls for public shaming, identification, criminal prosecution, quarantine and imprisonment of those criticizing vaccine safety and/or refusing to get government recommended vaccines.

One doctor who develops vaccines and lobbies for “no exceptions” forced vaccination laws has referred to parents of vaccine injured children as a “hate group,” and one prominent newspaper suggested vaccine critics should be physically harmed.11,12,13, 14

Most providers of vaccine information on the internet are also now being censored by Google and other platforms, effectively preventing people from finding what could be life-saving information15 that, indeed, most are never given by their pediatrician.

The withholding of information about potentially life-threatening side effects and long-term injury is unlikely to be maliciously intended, but when a child is injured, parents will surely feel like they were lied to all the same.

That children suffer brain injury, long-term health effects and death is a reality, not a conspiracy theory.