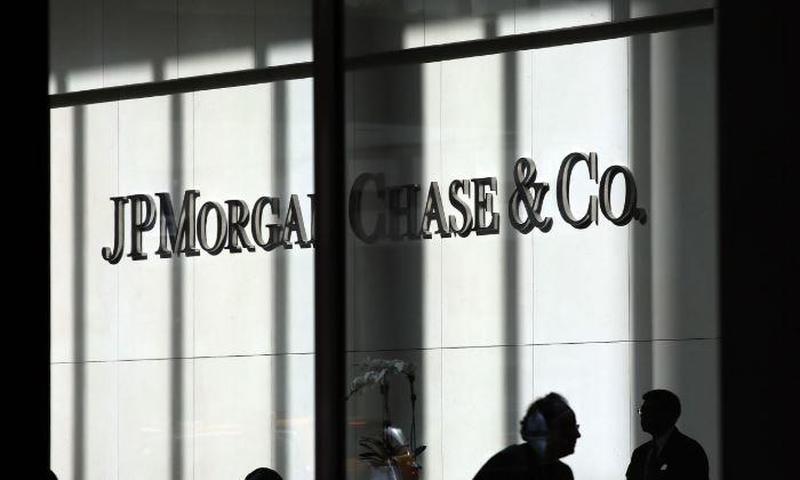 Who would have thought that JPMorgan’s precious metals trading desk is the functional equivalent of the mafia, and that its one-time leader, Blythe Masters, was the mafia’s don?

Well, almost everyone who didn’t mind being designated a conspiracy theorist for years. And now comes vindication, because this has just been confirmed by the DOJ, which accused the PM trading desks at JPMorgan of being deeply involved in what prosecutors described as a “massive, multiyear scheme to manipulate the market for precious metals futures contracts and defraud market participants.”

In an indictment unsealed on Monday morning, the DoJ charged Michael Nowak, a JPMorgan veteran and former head of its precious metals trading desk and Gregg Smith, another trader on JPM’s metals desk, in the probe. (Blythe Masters was somehow omitted).

“Based on the fact that it was conduct that was widespread on the desk, it was engaged in in thousands of episodes over an eight-year period — that it is precisely the kind of conduct that the RICO statute is meant to punish,” Assistant Attorney General Brian Benczkowski told reporters.

Here’s where it gets extra interesting: according to Bloomberg, the unusually aggressive language language embraced by prosecutors reminds legal experts of indictments utilizing the RICO Act – a law allowing prosecutors to take down ‘criminal enterprises’ like the mafia by charging all members of the organization for any crimes committed by an individual on behalf of the organization.

Prosecutors charged the head of JP Morgan’s global metals trading operation and two other traders with “conspiracy to conduct the affairs of an enterprise involved in interstate or foreign commerce through a pattern of racketeering activity” – language that is typically used to describe a RICO charge.

This hints at the possibility of a deeper prosecution for JP Morgan. Already, 12 people have been charged in the precious metals market-rigging conspiracy.

“We’re going to follow the facts wherever they lead, whether it’s across desks here or at any other bank or upwards into the financial institution,” Benczkowski said.

It’s unclear what the DoJ is planning, but they’re clearly keeping their options open.

Circling back to the indictment, both Smith and Nowak were put on leave over the summer as the DoJ’s investigation neared its conclusion.

In a press release accompanying the indictment, Assistant Attorney General accused all three men of scheming to manipulate the precious metals market while potentially harming their bank’s clients.

“The defendants and others allegedly engaged in a massive, multiyear scheme to manipulate the market for precious metals futures contracts and defraud market participants,” said Assistant Attorney General Brian A. Benczkowski. “These charges should leave no doubt that the Department is committed to prosecuting those who undermine the investing public’s trust in the integrity of our commodities markets.”

William Sweeney, the Assistant Director in Charge of the FBI’s New York Field Office, added that this manipulation likely impacted “correlated markets and the clients of the bank they represented.”

“Smith, Nowak, Jordan, and their co-conspirators allegedly engaged in a complex scheme to trade precious metals in a way that negatively affected the natural balance of supply-and-demand,” said FBI Assistant Director in Charge William F. Sweeney Jr. of the FBI’s New York Field Office. “Not only did their alleged behavior affect the markets for precious metals, but also correlated markets and the clients of the bank they represented. For as long as we continue to see this type of illegal activity in the marketplace, we’ll remain dedicated to investigating and bringing to justice those who perpetrate these crimes.”

According to Bloomberg, three other banks – Deutsche Bank, HSBC and UBS – agreed to pay $50 million (in total) to settle civil claims by the CFTC. Two former JPM employees who pleaded guilty and contributed evidence against their former colleagues that was used in the indictment.

“While at JPMorgan I was instructed by supervisors and more senior traders to trade in a certain fashion, namely to place orders that I intended to cancel before execution,” said one former trader John Edmonds during an October 2018 hearing after pleading guilty to commodities fraud and conspiracy, BBG reports.

The behavior dates back more than 10 years to 2009, according to chat logs that were shown in the indictment. The conversations exposed in the chat logs show just how blatant the manipulation was, and how little the traders did to conceal it.

One of the traders who participated in the chat shown above was Christian Trunz, who traded precious metals at Bearn Stearns before joining JP Morgan after the crisis. He told a federal judge last month that this type of behavior was openly encouraged on JPM’s trading desks for roughly a decade, and that other traders taught him how to do it. He pleaded guilty to federal fraud charges on Aug. 20, BBG reports.