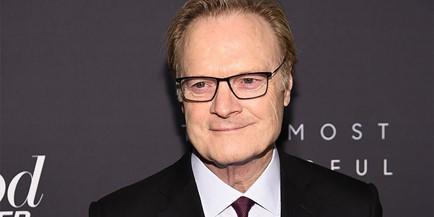 Lawrence O’Donnell’s walkback of a supposed “bombshell” story involving a claim that Donald Trump received loans co-signed by Russian billionaires is the latest sign that journalism has become accountability-free.

Indicating that MSNBC deliberately chose to prioritize hype over facts, O’Donnell admitted on air that the claim needed “a lot more verification before [it] can be a confirmable fact” — but he reported it anyway.

Typically, when a journalist does not have enough information to verify a claim, they wait until such time that they do. When that basic tenet of journalism is lost, the news becomes a series of “ifs,” “buts,” “maybes” and“possiblys.”

Apologizing later, Lawrence said the story didn’t go through MSNBC’s “rigorous verification and standards process.” One wonders if anyone from the ‘rigorous verification’ department has ever met Rachel Maddow — the network’s very own conspiracy queen, who has become infamous for her fact-free reporting.

Some of Lawrence’s other journalism fails include claiming Russia “attacked the British voting system” to deliverBrexit, and a suggestion that Moscow orchestrated a chemical weapons attack in Syria to provide a distraction for Trump’s domestic critics.

Russiagate made speculation journalism the norm rather than the exception. This phenomenon has been well-documented — and the curious thing is that professional repercussions are rare. The pattern has become clear: Make a wild claim without proof, apologize the next day — and simply carry on, feeling free to repeat that process over and over.

The same accountability-free reporting is seen online with a similar pattern: Publish a story, admit a glaring error or false claim — then, a day or so later, when no one is looking, slap a “correction” or “editor’s note” on the top, knowing far fewer people are going to read the true version.

Who cares, for example, that Russia didn’t really hack the Vermont power grid? It was a good story while it lasted. Did Russia attack American diplomats at their Cuba embassy with supersonic tech and “sophisticated microwaves”? Probably not, but let’s speculate for clicks. Did Trump campaign manager have “secret talks” with Julian Assange at the Ecuadorian Embassy? Evidence points to ‘no’, but let’s stick it on the front page anyway; no need for retractions.

No one could reasonably expect journalism to be an entirely mistake-free profession, but the rate at which demonstrably false stories percolate through the media ecosystem is alarming — and the more mistakes, it seems, the higher the reward. Maddow has been held in almost heroic regard by her network, regardless of how many false and wacky stories she promotes.

Being rewarded for mistakes is not entirely new in media. Pundits who have been consistently wrong when it comes to their topic of “expertise” are handsomely rewarded — and many are still regarded as wise experts in their field. For instance, if most Western punditry on Russia was accurate, the country would have faced total economic collapse, the overthrow of Vladimir Putin, and general domestic implosion multiple times over by now.

Most will have heard the adage that “truth is the first casualty of war” — and from Iraq to Afghanistan, Libya and Syria, journalism has thrived on lies and misinformation. Many of the pundits and columnists who were the biggest cheerleaders for the Iraq war, for example, are still regularly called upon to offer their sage advice, insights, and predictions for new military adventures.

For all these reasons, it’s no wonder public trust in the media hit an all-time low in 2016. In a survey conducted for the Columbia Journalism Review in April, more people said they had “hardly any confidence at all” in the media than they did for congress.