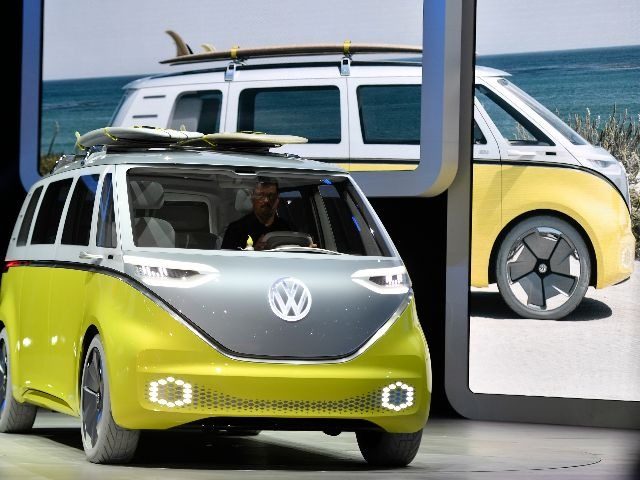 Green hysteria is on the verge of destroying Germany’s car industry, the CEO of Volkswagen has warned. Since motor manufacturing is Germany’s biggest industry sector, this effectively means: Auf Wiedersehen to the German economy.

VW chief Herbert Diess has told Spiegel Online (translated by the Global Warming Policy Forum) that the combination of climate protests against cars in general and stricter CO2 emission limits imposed by the EU are pushing Europe’s car industry to the “brink of collapse.”

“The current campaign against individual mobility and thus against conventional cars is reaching existence-threatening proportions.”

Diess also called out the nonsense of trying to force everyone to shift from petrol-driven cars to electric ones: the electricity that supplies them will still come largely from fossil fuels, so where will be the environmental benefit?

“Instead of using petrol or diesel, we’ll basically use coal, even if we’re electrically powered, and in the worst case we’ll use even lignite,” he said. “That drives the idea of electric mobility ad absurdum!”

The VW boss’s concerns are shared across the European car industry.

According to Reuters, reporting on the eve of Frankfurt’s biennial International Auto Show (IAA), which opens on Thursday:

“You have cars that cost an extra 10,000 euros to build, fleet-emissions targets requiring a certain sales volume and consumers who may or may not want them,” said one PSA executive. [PSA is the French holding group for marques including Peugeot, Citroen, Opel and Vauxhall]

“All the ingredients are there for a powerful explosive.”

By next year, CO2 must be cut to 95 grammes per kilometre for 95% of cars from the current 120.5g average – a figure that has risen of late as consumers spurn fuel-efficient diesels and embrace SUVs. All new cars in the EU must be compliant in 2021.

Motor manufacturing is Germany’s biggest industry. It employs around 830,000 people. But it now faces a perfect storm of disasters: from ever more stringent EU carbon emissions regulations; from US tariffs; from weakening exports to the Chinese market; from Angela Merkel’s ailing coalition government trying to appease Greens with a new comprehensive climate strategy; from lack of consumer interest in all the electric cars it has built but appears unable to sell; from the diesel emissions cheating scam which is finally hitting the courts next month, with VW facing legal action from 400,000 car owners; from Germany’s Energiewende – the replacement of fossil fuels with more expensive renewables; and from environmental campaigners calling for a ‘transport revolution’ which will lead to the phasing out of private cars altogether.

Some of these problems are the result of international geopolitics, such as President Trump’s tariff war with China.