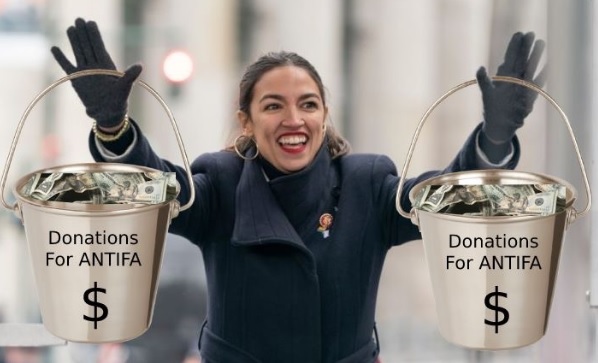 Two Democratic members of the House of Representatives, Alexadria Ocasio-Cortez and Ayanna Pressley, both publicly encouraged their Twitter followers to donate to a fund set up by a Antifa before the counter-protest they had scheduled in Boston against the “Straight Pride” parade. The fund’s description clearly stated it was for “unplanned arrests” that would result from their “bold direct action” (harassment, intimidation and/or violence).

In 2016, the FBI and DHS, listed activities conducted by Antifa and the associated violence they brought to every event they counter-protested at, as “Domestic terrorist violence,” meaning both these freshman Democrat congress women are openly supporting terrorist activities on American soil. 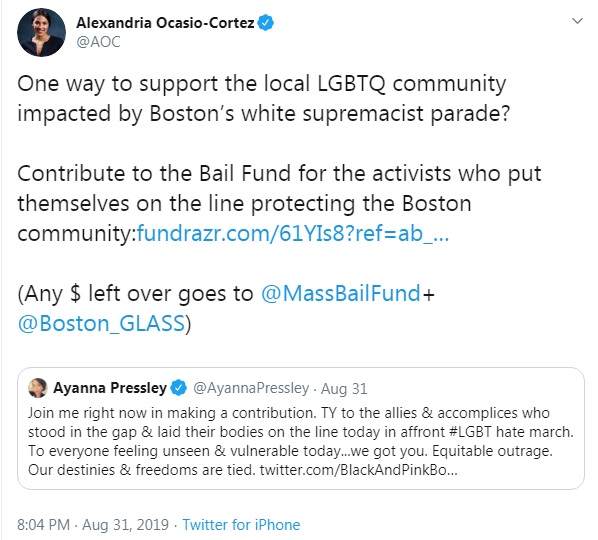 The Straight Pride parade was organized by a group that calls themselves “Super Happy Fun America,” and the purpose of the event was to “take a stand for free speech and demonstrate that the ‘oppressed majority’ of straight Americans have just as much right to celebrate their sexuality as does the LGBTQ community,”  according to the Boston Herald.

As to being a “white supremacist” parade and anti-LGBT as Ocasio-Cortez and Pressley claim in their Twitter pleas for people to donate to the Antifa groups for bail money, according to the Super Happy Fun America website there are multiple African Americans listed as part of their “team” as well as a gay activist, and leading the parade as the “Grand Marshall,” was the openly gay conservative activist Milo Yiannopoulos.

Unlike the Straight Pride parade organizers, speakers and attendees, who never spoke a word against the LGBT community, but rather just highlighted the hypocrisy of those supporting “gay pride” events but protesting when heterosexuals celebrated their own heterosexuality, the Antifa counter-protesters were handing out flyers that called straight sex “rape” and claimed that all “sex with whites is white supremacy,” as ANP reported on September 2, 2019. 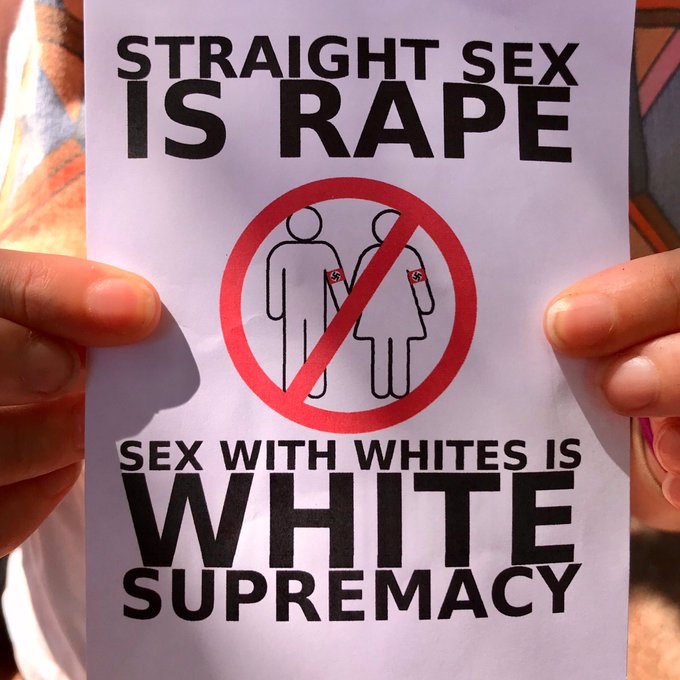 The irony of the Straight Pride organizers choosing and flagrantly gay man as their Grand Marshall evidently went straight over Ocasio-Cortez, Pressley, and all Antifa members’ heads.

While longtime ANP readers know this, for those that are unaware, in 2016, under the Obama administration, the FBI and DHS had listed Antifa activities as “domestic terror activist,” which was reported in September 2017 by Politico.

Federal authorities have been warning state and local officials since early 2016 that leftist extremists known as “antifa” had become increasingly confrontational and dangerous, so much so that the Department of Homeland Security formally classified their activities as “domestic terrorist violence,” according to interviews and confidential law enforcement documents obtained by POLITICO.

Previously unreported documents disclose that by April 2016, authorities believed that “anarchist extremists” were the primary instigators of violence at public rallies against a range of targets. They were blamed by authorities for attacks on the police, government and political institutions, along with symbols of “the capitalist system,” racism, social injustice and fascism, according to a confidential 2016 joint intelligence assessment by DHS and the FBI.

One senior law enforcement official tracking domestic extremists told Politico at the time “It was in that period [as the Trump campaign emerged] that we really became aware of them. These antifa guys were showing up with weapons, shields and bike helmets and just beating the sh*t out of people. … They’re using Molotov cocktails, they’re starting fires, they’re throwing bombs and smashing windows.”

Further supporting the DHS and FBI assessment of Antifa groups’ activities as “domestic terrorist violence,” we looked into the charges of those Antifa members that the Democrat congress women were supporting.

As ANP previously reported, 36 Antifa members were arrested on variety of charges ranging from resisting arrest, disorderly conduct and Assault and Battery on a police officer. Boston PD subsequently released a log of those arrested and the charges against them, as published by Independent Journalist Andy Ngo on September 2, 2019.

Four Boston law enforcement officers were injured by Antifa groups as the police attempted to stop the Antifa members from attacking the Straight Pride event attendees.

The Boston Police Patrolmen Association has some harsh criticism for Representative Ayanna Pressley’s from the  Massachusetts’s 7th congressional district, for her support for the terrorist violence which injured four of their members.