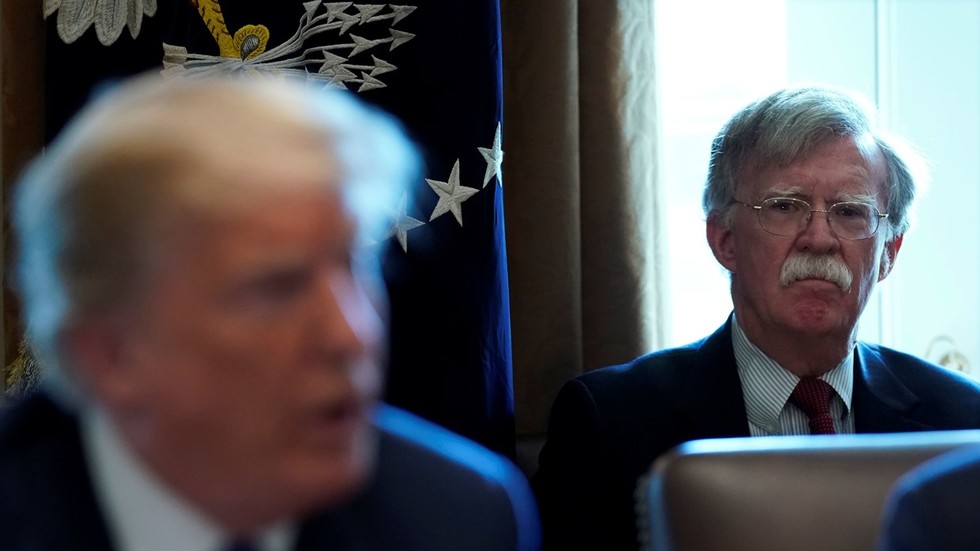 Whatever prompted US President Donald Trump to decide the services of his national security adviser John Bolton were “no longer needed,” the question now is if he intends to retreat from the hawkish path Bolton had blazed.

Trump made the announcement on Twitter, as usual, saying he “disagreed strongly with many of [Bolton’s] suggestions”and therefore asked for his resignation – and received it on Tuesday. Bolton’s response perhaps illustrated the nature of his relationship with Trump: he tweeted only a confirmation that he’d offered to resign, then leaked an account to the media disputing Trump’s version of events.

From the moment Bolton was appointed, in March 2018, there were doubts about him in the Trump camp. The president campaigned on the platform of ending the “endless” US wars in Iraq, Afghanistan and elsewhere – started by the George W. Bush administration, for which Bolton worked back in the early 2000s.

With Bolton at the helm of the National Security Council, Trump has backtracked on ordering the US troops out of Syria, scrapped the plan to make peace and withdraw US troops from Afghanistan, and launched a regime-change operation in Venezuela.

All of this prompted former Congressman Ron Paul to wonder why Trump is keeping Bolton – as well as Secretary of State Mike Pompeo – on board, since they constantly undermined him.

Trump himself seemed aware of this. “John Bolton is absolutely a hawk. If it was up to him he’d take on the whole world at one time, okay?” he said in an interview in June.

Days later, as he made the historic hop into North Korea with Kim Jong-Un, Bolton was nowhere to be seen – sent thousands of miles away to Mongolia. Nevertheless, he stayed on the job.

It is possible that Bolton’s tenure at the White House was prolonged by reports of him falling out of Trump’s favor, published in May by the New York Times and the Washington Post – as Trump would have been loath to fire him and thus validate the reporting of the media outlets hostile to his administration and him personally.

There was more chatter about Bolton’s dwindling fortunes in June, when the Daily Beast – another outlet disliked at the White House – speculated that Fox News host Tucker Carlson has Trump’s ear on foreign policy much more than Bolton.