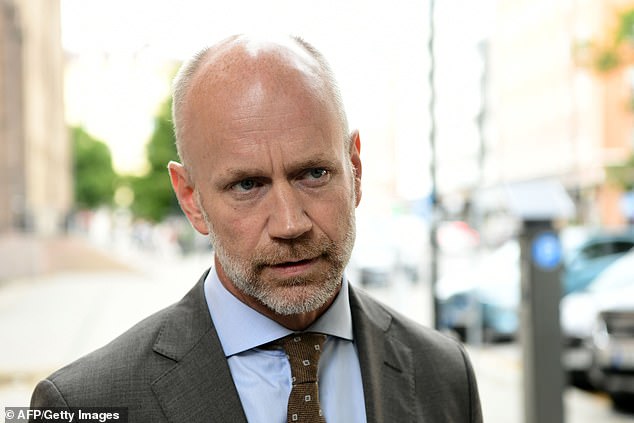 A prominent Swedish lawyer who represented A$AP Rocky in his Stockholm assault case has been shot in the head and chest in an ‘ambush attack’.

Henrik Olsson Lilja was leaving his apartment building in downtown Stockholm shortly before nine this morning when a gunman approached and shot him.

Neighbors saw a person wrestle the lawyer in a stairwell, before the shooting and gave Olsson Lilja a phone to call the police, who have since arrested several suspects.

A woman, also a senior lawyer, who was previously banned from contacting Olsson Lilja is among those arrested, but the shooter has been identified as a man.

‘One person has been arrested as a suspect for the attempted murder attempt’ a spokesperson for the prosecutor’s office said. 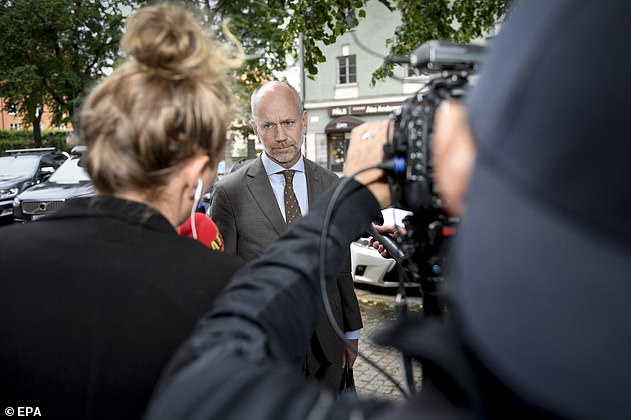 The gunman swiftly jumped into a waiting SUV and sped off and the lawyer’s condition is unknown. He is still at large.

Olsson Lilja first represented Rocky when he was first taken into custody after assaulting a man who was harassing him and his team on the street, but he was replaced before the trial began.

It is not known if the shooting had any relation to the US rapper’s case.

Emergency services were at 8.59am and the prestigious lawyer was taken hospital in an ambulance, local media reported. He was conscious when police arrived and is believed to be in a stable but serious condition.

A witness described to expressen ‘it was very bloody’.

‘He was bleeding on his face but he could talk. He told police “it hurts”‘