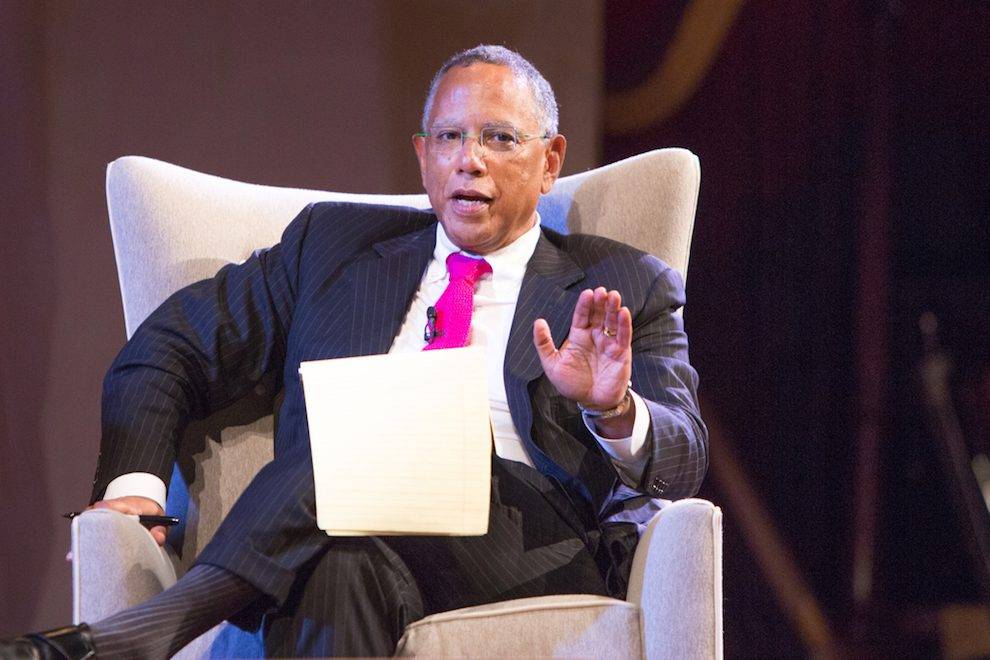 Editor’s Note: This is classic NYTimes fake news, operation Mockingbird bull-ticky. From yesterday’s Times, their article states as fact something that supposedly was told to CNN by some mysterious unnamed ‘officials’, quotes James Clapper, of all people, as a reliable source, and well, if CNN says so, it must be true. This is such lousy journalism that even the disgraceful incompetence and gullibility of the NY Times staff doesn’t begin to explain it. The only explanation is that this is planted info, part of a timed release to the US media, together with the original story from CNN. We would say: ‘Shame on you NT Times!’, but we learned long ago that you are completely and utterly shameless.

Here is the entire article from the Times. It was by far the most widely read article of the day yesterday. And there is every reason to believe it is a bunch of made-up B.S.

‘Trust us, we got this from CNN’ – NYT Managing Editor Dean Baquet

Sept 9, 2019.  WASHINGTON — Decades ago, the C.I.A. recruited and carefully cultivated a midlevel Russian official who began rapidly advancing through the governmental ranks. Eventually, American spies struck gold: The longtime source landed an influential position that came with access to the highest level of the Kremlin.

As American officials began to realize that Russia was trying to sabotage the 2016 presidential election, the informant became one of the C.I.A.’s most important — and highly protected — assets. But when intelligence officials revealed the severity of Russia’s election interference with unusual detail later that year, the news media picked up on details about the C.I.A.’s Kremlin sources.

C.I.A. officials worried about safety made the arduous decision in late 2016 to offer to extract the source from Russia. The situation grew more tense when the informant at first refused, citing family concerns — prompting consternation at C.I.A. headquarters and sowing doubts among some American counterintelligence officials about the informant’s trustworthiness. But the C.I.A. pressed again months later after more media inquiries. This time, the informant agreed.

The move brought to an end the career of one of the C.I.A.’s most important sources. It also effectively blinded American intelligence officials to the view from inside Russia as they sought clues about Kremlin interference in the 2018 midterm elections and next year’s presidential contest.

CNN first reported the 2017 extraction on Monday. Other details — including the source’s history with the agency, the initial 2016 exfiltration offer and the cascade of doubts set off by the informant’s subsequent refusal — have not been previously reported. This article is based on interviews in recent months with current and former officials who spoke on the condition that their names not be used discussing classified information.

Officials did not disclose the informant’s identity or new location, both closely held secrets. The person’s life remains in danger, current and former officials said, pointing to Moscow’s attempts last year to assassinate Sergei V. Skripal, a former Russian intelligence official who moved to Britain as part of a high-profile spy exchange in 2010.

The Moscow informant was instrumental to the C.I.A.’s most explosive conclusion about Russia’s interference campaign: that President Vladimir V. Putin ordered and orchestrated it himself. As the American government’s best insight into the thinking of and orders from Mr. Putin, the source was also key to the C.I.A.’s assessment that he affirmatively favored Donald J. Trump’s election and personally ordered the hacking of the Democratic National Committee.

The informant, according to people familiar with the matter, was outside of Mr. Putin’s inner circle, but saw him regularly and had access to high-level Kremlin decision-making — easily making the source one of the agency’s most valuable assets. 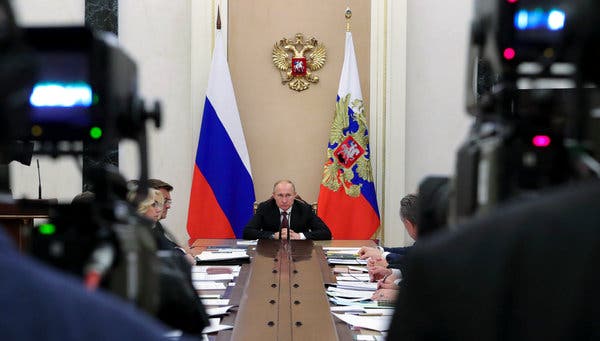 The C.I.A. has long sought to get an informant close to Mr. Putin.CreditPool photo by Mikhail Klimentyev

Handling and running a Moscow-based informant is extremely difficult because of Mr. Putin’s counterintelligence defenses. The Russians are known to make life miserable for foreign spies, following them constantly and at times roughing them up. Former C.I.A. employees describe the entanglements as “Moscow rules.”

The informant’s information was so delicate, and the need to protect the source’s identity so important, that the C.I.A. director at the time, John O. Brennan, kept information from the operative out of President Barack Obama’s daily brief in 2016. Instead, Mr. Brennan sent separate intelligence reports, many based on the source’s information, in special sealed envelopes to the Oval Office.

The information itself was so important and potentially contentious in 2016 that top C.I.A. officials ordered a full review of the informant’s record, according to people briefed on the matter. Officials reviewed information the source had provided years earlier to ensure that it had proved accurate.

Even though the review passed muster, the source’s rejection of the C.I.A.’s initial offer of exfiltration prompted doubts among some counterintelligence officials. They wondered whether the informant had been turned and had become a double agent, secretly betraying his American handlers. That would almost certainly mean that some of the information the informant provided about the Russian interference campaign or Mr. Putin’s intentions would have been inaccurate.

Some operatives had other reasons to suspect the source could be a double agent, according to two former officials, but they declined to explain further.

Other current and former officials who acknowledged the doubts said they were put to rest when the source agreed to be extracted after the C.I.A. asked a second time.

Leaving behind one’s native country is a weighty decision, said Joseph Augustyn, a former senior C.I.A. officer who once ran the agency’s defector resettlement center. Often, informants have kept their spy work secret from their families.

“It’s a very difficult decision to make, but it is their decision to make,” Mr. Augustyn said. “There have been times when people have not come out when we strongly suggested that they should.”

The decision to extract the informant was driven “in part” because of concerns that Mr. Trump and his administration had mishandled delicate intelligence, CNN reported. But former intelligence officials said there was no public evidence that Mr. Trump directly endangered the source, and other current American officials insisted that media scrutiny of the agency’s sources alone was the impetus for the extraction. 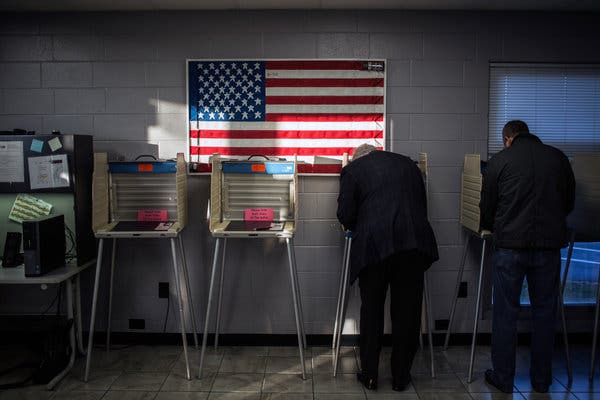 The source’s information was integral to the report from American intelligence agencies on Russian meddling in the 2016 presidential elections.CreditChet Strange for The New York Times

Mr. Trump was first briefed on the intelligence about Russian interference, including material from the prized informant, two weeks before his inauguration. A C.I.A. spokeswoman responding to the CNN report called the assertion that Mr. Trump’s handling of intelligence drove the reported extraction “misguided speculation.”

Some former intelligence officials said the president’s closed-door meetings with Mr. Putin and other Russian officials, along with Twitter posts about delicate intelligence matters, have sown concern among overseas sources.

“We have a president who, unlike any other president in modern history, is willing to use sensitive, classified intelligence however he sees fit,” said Steven L. Hall, a former C.I.A. official who led the agency’s Russia operations. “He does it in front of our adversaries. He does it by tweet. We are in uncharted waters.”

But the government had indicated that the source existed long before Mr. Trump took office, first in formally accusing Russia of interference in October 2016 and then when intelligence officials declassified parts of their assessment about the interference campaign for public release in January 2017. News agencies, including NBC, began reporting around that time about Mr. Putin’s involvement in the election sabotage and on the C.I.A.’s possible sources for the assessment.

The following month, The Washington Post reported that the C.I.A.’s conclusions relied on “sourcing deep inside the Russian government.” And The New York Times later published articles disclosing details about the source.

The news reporting in the spring and summer of 2017 convinced United States government officials that they had to update and revive their extraction plan, according to people familiar the matter.

The extraction ensured the informant was in a safer position and rewarded for a long career in service to the United States. But it came at a great cost: It left the C.I.A. struggling to understand what was going on inside the highest ranks of the Kremlin.