by Capt. Dave Bertrand, Ret., Before Its News: 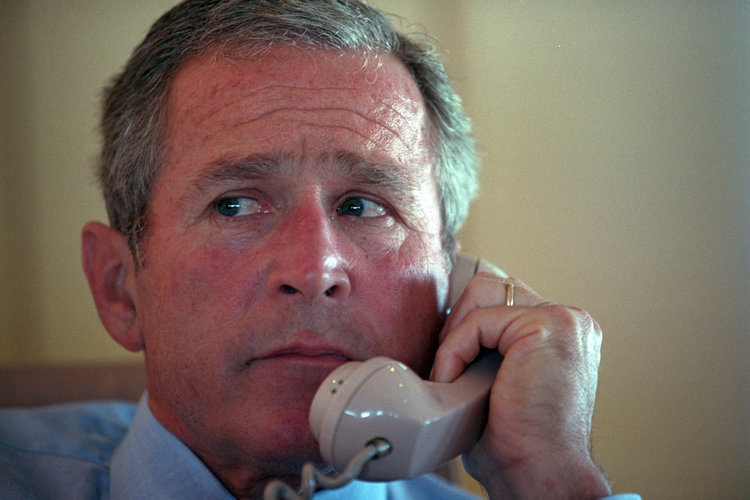 This is the week for Americans sitting on the fence about what actually happened on 9/11, to do the necessary research and consider the overwhelming evidence versus the government’s on-going propaganda “official report” as nothing more than a cover for the Bush Administration and all those involved with the most dangerous false flag attack in the history of the United States.

Do not focus entirely on what explosive devices actually brought down the towers, but focus on those persons (and countries) behind the attack to really understand the planning and execution of how 9/11 came about and the reasons thereof.

Planning the 9/11 attack was extensive and involved many elements for the attack. On 9/11….four airliners were supposedly hijacked by Arabs, with very little flight time experience flying airplanes, let alone 767 and 757 Boeing aircraft, and with EXTREME PRECISION, which I myself couldn’t accomplish in a DC-8 simulator a few years after 9/11, ripping off the left wing…..the best that I could do, nor by most airline captains that tried the same scenario(s), these low time Arab pilots flew large jets into the trade centers(??), while Flight 93 is alleged to have been ordered shot down by Dick Cheney, of course inspired the movie “Let’s Roll,” Flight 93 taken-over by passengers that eventually nose dived the jet into a field, disappearing entirely into a 16 foot wide hole. NOT one bone, or piece of a titanium jet engine recovered.

However…..while sitting in awe all day at my Tennessee ranch home, watching television, a news helicopter showed a mile stretch of debris field from flight 93 and that video clip is nowhere to be found now, including witness interviews that saw a grey military jet in the area during the [shoot down].

According to cellphone calls from United flight 93, passengers planned to slam a food cart into the door of the cockpit, over-take the hijackers and save the the day…..of which there was NO WAY cellphone communications above 3,000 feet were even capable of holding a call for more than a second.

That lie continues today as the anti-conspiracy theory advocates of Osama bin Laden push the various cellphone calls on 9/11, and one special call that fakestream media will NOT discuss…the call from CNN Barbara Olson on flight 77, moments from impact with the Pentagon, calling her husband on a seat-back air-phone that American Airlines admitted later…..”no air-phones on American 757 jets.”

18 years later, there’s enough evidence to prove, the actual jetliners with passengers were diverted by operatives……telling the crew and passengers, they were involved with a military exercise and [sorry for the inconvenience] while drone operated 767 and 757 jets, painted with United and American Airline colors, accomplished the mission. Note: Every single (cellphone) call was read from a script, no background noise of air passing by, or any sound of jet engines, with one call ending (by the passenger) whispering at the very end….”This is a fraud.”

And how ironic is it that on that very same morning of 9/11, there was a large military exercise happening, and guess what the scenario was??? You guessed it ! Hijacked airliners heading to New York and Washington, targeting buildings.

Bogus computer generated radar (hijacked) targets displaying the hijack transponder squawk code of 7500 were mixed in with the alleged (actual) hijacked airliners, all four NOT displaying the 7500 code and with transponders turned off on all four, the primary target was hard to track by air traffic controllers. When the first report came into ATC of the alleged (actual) hijacking, the control chief at Air Traffic Control is recorded as saying….”Is this real or the exercise?”

“An aircraft at Elgin AFB would be painted and numbered as an exact duplicate for a civil registered aircraft belonging to a CIA proprietary organization in the Miami area. At a designated time the duplicate would be substituted for the actual civil aircraft and would be loaded with the selected passengers, all boarded under carefully prepared aliases. The actual registered aircraft would be converted to a drone [a remotely controlled unmanned aircraft].

From the rendezvous point the passenger-carrying aircraft will descend to minimum altitude and go directly into an auxiliary field at Elgin AFB where arrangements will have been made to evacuate the passengers and return the aircraft to its original status. The drone aircraft meanwhile will continue to fly the filed flight plan.”

The above excerpt is NOT about 9/11, but Operation Northwoods, a plan to set-up support for a war with Cuba.

Recently released CIA Secret Documents details an elaborate plan by the Kennedy Administration to use civilian aircraft as the basis for causing the American public to accept an attack on Cuba, while the same exact scenarios on 9/11 brought (Americans together) for attacking Afghanistan and later Iraq.

Americans and the world were duped on 9/11 and the audacity by the media and most every government official that continues the lie about 9/11….adding to the pain of truth, Dick Cheney’s daughter (GOP Senator Liz Cheney) went on live television today to carry her father’s water of lies about 9/11…..all of them are showing their faces and lies this week.