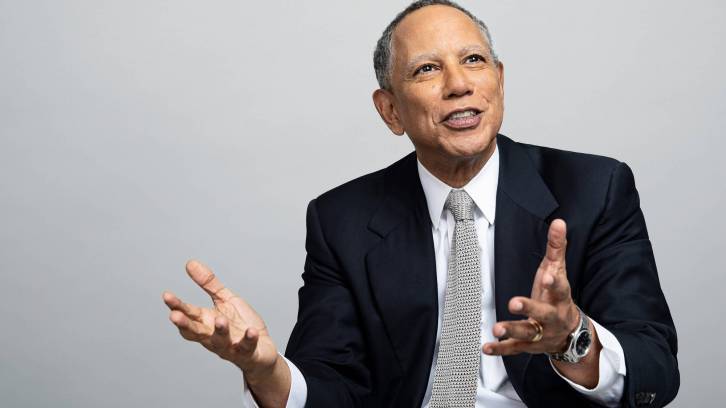 As the 18th anniversary of 9/11 approached, the arrest and alleged suicide of Jeffrey Epstein made headlines—and raised questions about the credibility of official narratives. As Eric Rasmusen writes: “Everybody, it seems, in New York society knew by 2000 that Jeffrey Epstein and Ghislaine Maxwell were corrupting teenage girls, but the press wouldn’t cover it.”

Likewise, everybody in New York society has long known that Larry Silverstein, who bought the asbestos-riddled white elephant World Trade Center in July 2001 and immediately doubled the insurance, is a mobbed-up friend of Netanyahu and a confessed participant in the controlled demolition of Building 7, from which he earned over 700 million insurance dollars on the pretext that al-Qaeda had somehow brought it down. But the press won’t cover that either.

The New York Times, America’s newspaper of record, has the investigative talent and resources to expose major corruption in New York. Why did the Times spend almost two decades ignoring the all-too-obvious antics of Epstein and Silverstein? Why is it letting the absurd tale of Epstein’s alleged suicide stand? Why hasn’t it used the work of Architects and Engineers for 9/11 Truth—including the brand-new University of Alaska study on the controlled demolition of WTC-7—to expose the biggest scandal of the 21st century, if not all of American history?

The only conceivable answer is that The New York Times is somehow complicit in these monstrous crimes. It must be protecting its friends in high places. So who are those friends, and where are those high places?

One thing Epstein and Silverstein have in common, besides names ending in “-stein,” is alleged involvement in the illicit sex industry. Epstein’s antics, or at least some of them, are by now well-known. Not so for Silverstein, who apparently began his rags-to-9/11-riches story as a pimp supplying prostitutes and nude dancers to the shadier venues of NYC, alongside other illicit activities including “the heroin trade, money laundering and New York Police corruption.” All of this was exposed in a mid-1990s lawsuit. But good luck finding any investigative reports in The New York Times.

Another Epstein-Silverstein connection is their relationships to major American Jewish organizations. Even while he was allegedly pimping girls and running heroin, Larry Silverstein served as president for United Jewish Appeal of New York. As for Epstein, he was the boy toy and protégé of Les Wexner, co-founder of the Mega Group of Jewish billionaires associated with the World Jewish Congress, the Anti-Defamation League, and other pro-Israel groups. Indeed, there is no evidence that “self-made billionaire” Epstein ever earned significant amounts of money; his only investment “client” was Les Wexner. Epstein, a professional sexual blackmailer, used his supposed billionaire status as a cover story. In fact, he was just an employee working for Wexner and associated criminal/intelligence networks.

Which brings us to the third and most important Epstein-Silverstein similarity: They were both close to the government of Israel. Jeffrey Epstein’s handler was Ghislaine Maxwell, daughter of Mossad super-spy Robert Maxwell; among his friends was Ehud Barak, who is currently challenging Netanyahu for leadership of Israel.

Larry Silverstein, too, has friends in high Israeli places. According to Haaretz, Silverstein has “close ties with Netanyahu” (speaking to him on the phone every weekend) as well as with Ehud Barak, “whom Silverstein in the past offered a job as his representative in Israel” and who called Silverstein immediately after 9/11.

We may reasonably surmise that both Jeffrey Epstein and Larry Silverstein have been carrying on very important work on behalf of the state of Israel. And we may also surmise that this is the reason The New York Times has been covering up the scandals associated with both Israeli agents for almost two decades. The Times, though it pretends to be America’s newspaper of record, has always been Jewish-owned-and-operated. Its coverage has always been grotesquely distorted in favor of Israel. It has no interest in exposing the way Israel controls the United States by blackmailing its leaders (Epstein) and staging a fake “Arab-Muslim attack on America” (Silverstein). The awful truth is that The New York Times is part of the same Jewish-Zionist “we control America” network as Jeffrey Epstein and Larry Silverstein.

Since The New York Times and other mainstream media won’t go there, let’s reflect on the facts and lessons of the Jeffrey Epstein suicide scandal—a national disgrace that ought to shock Americans into rethinking their worldviews in general, and their views on the official myth of 9/11 in particular.

On Saturday, August 10, 2019, convicted child sex trafficker Jeffrey Epstein was allegedly found dead in his cell at Metropolitan Correctional Center (MCC) in New York City, one of America’s most corrupt prisons. The authorities claim Epstein hanged himself. But nobody, not even the presstitutes of America’s corporate propaganda media, convincingly pretends to believe the official story.