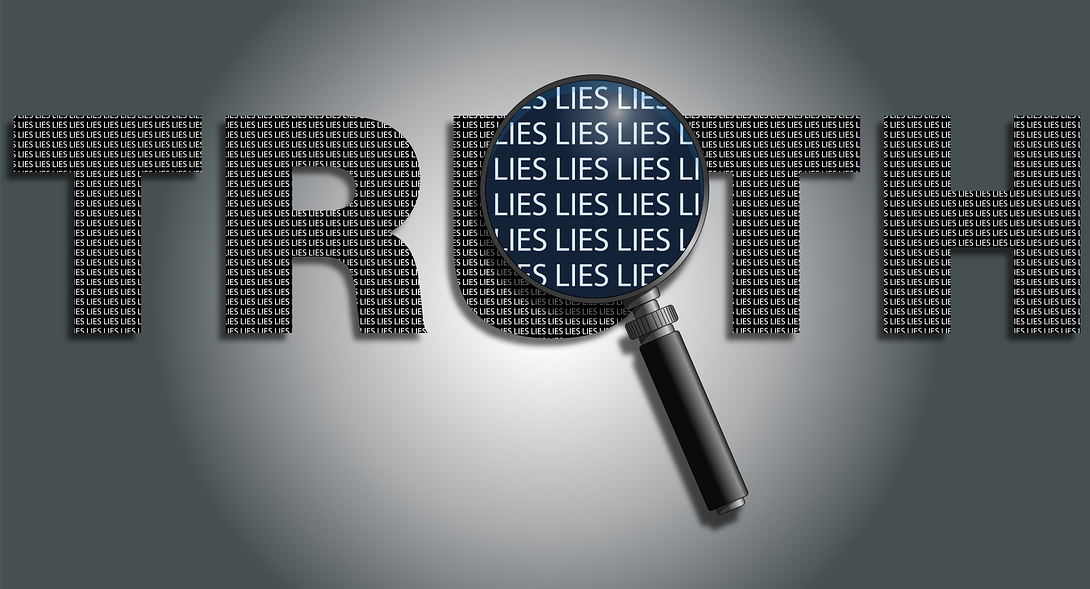 Confused by what’s real and what’s a hoax or a flat-out lie? The magnitude of hoaxes and lies being perpetrated by Deep State is so expansive, they had to cover their tracks by having Google/YouTube conceal search results for “hoax,” “hoax crisis actors,” and “false flags.” Chew on that for a moment, then kick back with a cup of coffee and expand your consciousness with just how many hoaxes and lies have been perpetrated on the American people. Since the exposure of Google/YouTube, they have reversed their Blacklist, but make no mistake, they are owned.

They have a narrative to fulfill, and power-hungry allegiances to serve. Tempted by money and control, feeding desires of wickedness and evil, they care not who they harm in the process. They care not who they steamroll, whose lives are shattered, and those who are raped or murdered along the way. They. Care. Not.

• Deep State, which stems from family bloodlines going back hundreds of years, has operated as a shadow government, and has maintained power over everything in this report
• Factions within government departments
• Select groups within the CIA, FBI, and other 3-letter agencies
• Portions of Hollywood and the music industry
• Numerous philanthropists, billionaires, and operators of NGOs
• Many leaders and decision-makers in big universities
• Players in big pharma, the health industry, and scientists going along for the ride
• Representatives in political positions of power
• Many in law enforcement, military, the courts, all the way up to judges

YES, “they” are many. We have been infiltrated, and what wasn’t infiltrated, was established for these purposes right out the gate.

• To perpetrate propaganda on the world to feed their agendas
• To control your mind, thoughts, desires, behavior, and beliefs
• To control your finances and your function in the world
• To strip you of your right to bear arms so they have greater control
• To reduce the population. “They” all say so themselves
• To one day replace you and your job with artificial intelligence (AI)
• To produce mass scale hoaxes of great proportion to produce a stream of money to line all their pockets
• To own and control everything they can on God’s green earth
• A new world order with a single global governance

THEY want it all. And, they want you to be the sheep that serves them, keeps their businesses rolling, be forced to give up a huge percentage of your taxes that flows through the government and into their hands. All the while, they keep you living paycheck to paycheck so you don’t have time to see the truth, nor the energy to dig for it. They were very creative in their endeavors. It’s served them quite well – until now.

This is by no means a comprehensive list, but shows some of the most egregious abuses perpetrated on mankind. Make no mistake, there are a LOT more.

Spygate and the Russian-collusion Narrative
This is most certainly the biggest hoax on this list because those within our government, intelligence agencies, and many outside of our government, all colluded to take down our elected President. This in itself shows just how real Deep State is.

Mainstream News Media
This deserves its own article, but by now, most people have seen the level to which the media goes to spin, manipulate, and out and out lie. They too are owned by Deep State, operate with the CIA, and have propagated the hoaxes and lies since their inception. They are dying a slow death and being replaced by legitimate journalists and reporters who cover the real news.

Climate Change
It is a never-ending source of income between tax credits and government grants, and they’ve had a steady stream of income for quite some time. Of course, all of the big companies they are invested in pump out the new and improved “green” product lines that have become mandatory as well. Their biggest push is using climate change for population control, while also terrorizing children to believe the world is going to end very soon. To date, their so-called climate experts are batting a big 0-41 with their doomsday predictions over the years. While Alexandria Ocasio-Cortez tries to push the “Green Deal” and wants to control cow farts, Andrew Yang wants to bankrupt cattle farms. There are so many clowns involved in these games, there are too many to mention. Here is a 4-part report on a climate change agenda involving Bill & Hillary Clinton, George Soros, Bill Gates, Jeff Bezos, Richard Branson, Tom Steyer, Mark Zuckerberg, Marc Benioff, Jack Ma, Reid Hoffman, Dennis O’Brien, and countless others, in addition to 26 governments.

Just how hard are they pushing their agendas while using “climate change” as the backbone? “At a summit for food of the future (the climate-ravaged future) called Gastro Summit, in Stockholm on Sept. 3 to 4, a professor held a PowerPoint presentation asserting that we must ‘awaken the idea’ of eating human flesh in the future, as a way of combating the effects of climate change,” reported The Epoch Times. Yes, cannibalism is another one of their favorite topics, but we won’t get into that in this report.

Vaccine Industry
Those overseeing the vaccine industry have weaponized it. From the false swine flu epidemic, to the measles scare to change legislation, HPV causing deaths, thousands of reports of them causing autism, and over $4.1 billion in injury and death claims – it has been weaponized. Big Gov. holds all the liability so the manufacturers can continue without accountability.

Health Industry
It is narrated by producers of falsified info to create fear, so as to monopolize the industry, keep you sick, and line their pockets, while holistic doctors are mysteriously dying. Big pharma equals big bucks. Meanwhile, google/YouTube created a blacklist to bury search terms such as “cancer cure,” “cure cancer,” “depression,” “health care tips,” and several terms around concerns after an abortion, just to be certain you don’t get too carried away with trying to find answers. Meanwhile, Trump is advocating for lower prescription drug pricing, and recently signed a bill on ‘Right to Try.’

Organic Food Industry
They hijacked the organic food industry over two decades ago, before it was allowed to grow its own arms. They ran with GMOs, took over Whole Foods, and working on making lab-grown meat.

Child Protective Services & Foster Care
Child Protective Services (CPS), and the foster care system are two of the most deceitful programs on this list. Though there may be some wonderful people working in these systems or fostering children, those at the top have created these structures for purposes of kidnapping and trafficking children. Yes, this is the reality. A simple search will provide story after story, nightmare after nightmare, and report after report of the negligence, abuse, and criminality of these systems.

Education System
It has been designed to indoctrinate children with disinformation, teaching them about fabricated historical events, and pumping them full of false narratives.

Overpopulation Myth
This is perhaps one of the most appalling hoaxes they’ve leveraged. They’ve had countless “population control” organization setup for decades, to monitor and control populations. Thousands of couples heeded their advice and opted not to have children based on their purported concerns. The reality is, the world has been in a population growth decline for a long time and the US is at an 80-year low. The lies these people have perpetrated, and the lengths they’ve gone to control the population through abortions, war, manufactured diseases, GMOs, geoengineering, and quite possibly via vaccines, is reprehensible.

This is the WORLD population growth rate that has been declining for a very long time while they continue to state that we need population control for climate change, among other things.

Taxes
You are being charged income taxes, taxed on all products, food, and numerous services, to take away nearly 1/3 of your hard earned income to intentionally keep you living paycheck to paycheck, while those taxes are used to fund NGOs and a myriad of other things that never truly see the light of day because the money is pocketed. Billions.

NGOs
Nonprofit organizations are by far one of the biggest scandals in history. They are not only used to extract government funds, prey on citizens to donate, and act as fronts to slush funds, they are used for political agendas as well. Many are also used for child trafficking. The history of NGOs is quite fascinating.

Spirituality & Higher Consciousness
They infiltrated spirituality, intuition, and higher consciousness to keep you dumbed down so you lose your innate connection that is within all living beings, to strip you of your power. One such example is the Maharishi “guru.”