It has been 18 years since Americans watched in horror as airplanes flew into buildings and thousands of people died. On this anniversary of one of the most tragic days in recent American history, U.S. citizens will be bombarded with patriotic imagery, messages, and the oft-repeated 9/11 slogan of “Never Forget.” Over the course of the day, mainstream media and the like will show the horrific images of planes crashing into towers and the disturbing scene of ground zero in the aftermath. Rest assured, however, the mountain of scientific evidence which blows holes through the official narrative like Swiss cheese, will be absent from this day of remembrance.

While there is undoubtedly a slew of unprovable conspiracy theories associated with the events leading up to and occurring on Tuesday, September 11, 2001, the Free Thought Project does not delve into such speculation. We only deal in facts. With the onslaught of new information and revelations on what transpired that day, one does not need to speculate to dismantle the official story.

The list below contains ten hard-hitting revelations and facts that the mainstream media and the political powers have relentlessly attempted to keep hidden from the public which make believing the official story downright silly.

We are putting this list out there in hopes of countering the official narrative and informing Americans.

FACT 1: A Monumental University Study Found that “Fire DID NOT Bring Down Tower 7 on 9/11”

Earlier this month, Architects & Engineers for 9/11 Truth announced their partnership with the University of Alaska Fairbanks (UAF) in releasing a draft report of an in depth four-year study on what actually brought down WTC 7. According to the press release, the release of the draft report begins a two-month period during which the public is invited to submit comments. The final report will be published later this year.

According to the study’s authors:

The UAF research team utilized three approaches for examining the structural response of WTC 7 to the conditions that may have occurred on September 11, 2001. First, we simulated
the local structural response to fire loading that may have occurred below Floor 13, where most of the fires in WTC 7 are reported to have occurred. Second, we supplemented our own
simulation by examining the collapse initiation hypothesis developed by the National Institute of Standards and Technology (NIST). Third, we simulated a number of scenarios within the overall structural system in order to determine what types of local failures and their locations may have caused the total collapse to occur as observed.

If you rely on officials to give you “official stories” of what happened on 9/11, these fire commissioners in New York should do the trick as they voted in July to reopen the 9/11 investigation because the official story is not true.

History was made earlier this year in regard to 9/11 as New York area fire commissioners called for a new investigation into the tragic events that unfolded that day. The resolution called for a new investigation due to the “overwhelming evidence” that “pre-planted explosives . . . caused the destruction of the three World Trade Center buildings.”

On July 24, 2019, the Franklin Square and Munson Fire District, which oversees a volunteer fire department serving a hamlet of 30,000 residents just outside of Queens, New York, became the first legislative body in the country to officially support a new investigation into the events of 9/11, according to Architects and Engineers for 9/11 Truth.

The resolution calling for a new investigation was drafted by Commissioner Christopher Gioia and it was immediately and unanimously approved by the five commissioners.

“We’re a tight-knit community and we never forget our fallen brothers and sisters. You better believe that when the entire fire service of New York State is on board, we will be an unstoppable force,” said Commissioner Christopher Gioia, adding, “We were the first fire district to pass this resolution. We won’t be the last.”

Despite the majority of the hijackers coming from Saudi Arabia, the US invaded Afghanistan. For nearly two decades the United States has done everything it can to cover up the role of the Saudi state in the murder of 3,000 Americans. However, the evidence is so overwhelming that no amount of “official narrative changing” will stop it.

As TFTP previously reported, evidence in a major lawsuit revealed the Saudi Arabian embassy in Washington may have funded a “dry run” for the hijackings carried out by two Saudi employees.

This information is detailed in a bombshell report out of the NY Post. As the Post reports:

Two years before the airliner attacks, the Saudi Embassy paid for two Saudi nationals, living undercover in the US as students, to fly from Phoenix to Washington “in a dry run for the 9/11 attacks,”alleges the amended complaint filed on behalf of the families of some 1,400 victims who died in the terrorist attacks 16 years ago.

The court filing provides new details that paint “a pattern of both financial and operational support” for the 9/11 conspiracy from official Saudi sources, lawyers for the plaintiffs say. In fact, the Saudi government may have been involved in underwriting the attacks from the earliest stages — including testing cockpit security. 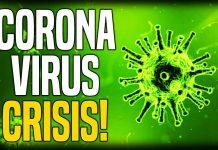