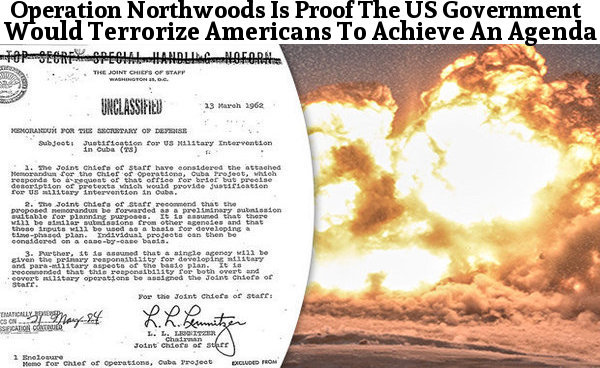 Over the past two years following several different mass shooting events, we have published numerous stories on ANP that have reported upon both ‘MKUltra‘, the top-secret CIA mind control program which was confirmed by documents released back in 2018 and that it could be used upon large crowds and may still be ongoing now, as well as the warnings given by a former US Navy Intelligence officer who warned in a 1991 book of a plan to do away the 2nd Amendment in America by inflaming the masses with a series of mass shooting events that would push the middle class into doing away with the rights of Americans to own guns.

As we had reported on ANP back on December 9th, according to former US Navy Intelligence officer Milton William Cooper in his book “Behold! A Pale Horse“, America’s ‘secret government‘ would be using ‘mind controlled shooters‘ across America to carry out their dirty work.

With Cooper’s warning coming back in 1991, long before ‘the deep state‘ or ‘secret government‘ had even been confirmed to exist, Cooper warned in his book of a sinister plot that had been going on for decades to undermine American sovereignty and the US Constitution, to bring in a totalitarian, dictatorial ‘new world order‘ to America, adding even more credibility to his argument that the ‘deep state‘ would be using mind-controlled ‘patsies‘ to carry out horrific crimes upon America.

In fact, if you somehow believe that the US government would NEVER terrorize Americans, using patsies to carry out horrific events upon Americans, you’ve obviously never heard about Operation Northwoods. So let’s start there before we delve much more deeply into MKUltra, government sponsored false flag terrorism using drugged out ‘patsies‘ and Cooper’s 1991 warning in light of these horrific, recent events. From Wikipedia.:

Operation Northwoods was a proposed false flag operation against the Cuban government that originated within the U.S. Department of Defense (DoD) and the Joint Chiefs of Staff (JCS) of the United States government in 1962. The proposals called for the Central Intelligence Agency (CIA) or other U.S. government operatives to commit acts of terrorism against American civilians and military targets, blaming them on the Cuban government, and using it to justify a war against Cuba. The possibilities detailed in the document included the possible assassination of Cuban émigrés, sinking boats of Cuban refugees on the high seas, hijacking planes, blowing up a U.S. ship, and orchestrating violent terrorism in U.S. cities. The proposals were rejected by John F. Kennedy.

Communists led by Fidel Castro had taken power in Cuba in 1959, which aroused the concern of the US military due to the Cold War. The operation proposed creating public support for a war against Cuba by blaming it for terrorist acts that would actually be perpetrated by the U.S. Government. To this end, Operation Northwoods proposals recommended hijackings and bombings followed by the introduction of phony evidence that would implicate the Cuban government. It stated:

The desired resultant from the execution of this plan would be to place the United States in the apparent position of suffering defensible grievances from a rash and irresponsible government of Cuba and to develop an international image of a Cuban threat to peace in the Western Hemisphere.

Several other proposals were included within Operation Northwoods, including real or simulated actions against various U.S. military and civilian targets. The operation recommended developing a “Communist Cuban terror campaign in the Miami area, in other Florida cities and even in Washington”.

Since we now know as fact that the United States government was preparing to use false flag terror upon innocent Americans to achieve an agenda, is there anybody at all reading this who thinks that they wouldn’t try so again? As Guns In The News reports in this new story, these latest shootings have all the markings of being part of the leftists gun control agenda with them now pushing confiscation and ‘red flag laws‘. Just as William Cooper warned us would happen here in America nearly 30 years ago. Just a coincidence?

While many would argue that President Trump was absolutely correct in recent remarks he made about these mass shooters being mentally ill, as have many mass shooters going back throughout US history, this February of 2018 story over at the Last American Vagabond reported the bombshell that President Trump obviously has no clue about. With that story confirming the warnings given by William Cooper in his book “Behold! A Pale Horse” seen above, first take a look here at Cooper’s warning before reading the excerpt from the American Vagabond story below it. First, from Cooper’s ever so important book.:

“The government encouraged the manufacture and importation of firearms for the criminals to use. This is intended to foster a feeling of insecurity, which would lead the American people to voluntarily disarm themselves by passing laws against firearms. Using drugs and hypnosis on mental patients in a process called Orion, the CIA inculcated the desire in these people to open fire on schoolyards and thus inflame the anti-gun lobby. This plan is well under way, and so far is working perfectly. The middle class is begging the government to do away with the 2nd Amendment.”

Now, let’s take a look at an extended excerpt from this Last American Vagabond story titled “PARENTS CATCH FBI IN PLOT TO FORCE MENTALLY ILL SON TO BE A RIGHT WING TERRORIST”

THE PARENTS OF A SEVERELY MENTALLY DISABLED MAN ARE SPEAKING OUT ON HOW THE FBI GROOMED HIM AS A RIGHT-WING TERRORIST, KNOWING HE’S PARANOID SCHIZOPHRENIC.

While many of these cases have garnered attention and been exposed in the alternative media, a recent case out of Oklahoma sets a new low for FBI and exposes how insidious these plots can be.

Through the hundreds of ‘foiled terror plots’ the FBI has ‘busted’ over the years, many of them have been focused on people of Middle Eastern descent or people associated with ISIS or al-Qaeda. This time, in the case of Jerry Drake Varnell, the 23-year-old diagnosed schizophrenic, accused of attempting to bomb a bank, the FBI fomented terror from a right wing dialogue.

In a June meeting with the agent, according to FBI documents, Varnell described himself as a believer in “Three Percenter” ideology, a right-wing group claiming to be committed to standing against and exposing corruption and injustice.