Call it the monetary theater of the absurd. After all, here is what a determined currency manipulator did between September 2002 and July 2008.

To wit, it pumped about $200 billion of new dollar liabilities into the world financial system, thereby expanding the Fed’s balance sheet by 26%. Clearly, global traders and US trading partners didn’t welcome that flood of freshly minted fiat currency because during the same period, the traded-weighted dollar exchange rate plunged by 25%.

Moreover, there can be little doubt that the severe slump in the US dollar shown below was deliberate. During much of that period, the Fed conducted an aggressive campaign to slash interest rates, goose domestic growth and perk-up the inflation rate. The last objective in particular was the brain child of newly appointed Fedhead Ben Bernanke, who falsely warned Greenspan & Co. about the dangers of an imminent “deflation” that never remotely happened.

Needless to say, the impolite word for a policy of suppressing domestic interest rates and goosing inflation is trashing your own currency. All things being equal, foreigners will lighten their dollar holdings and trade the dollar down when authorities promise to reduce its purchasing power and to push yields lower relative to alternatives abroad.

The truth is, the U.S. Federal Reserve is the all-time champion of currency manipulation, and has been ever since Nixon severed the dollar’s tie to gold in August 1971.

That’s because in a fiat currency world, domestic monetary policy is inherently an exercise in currency manipulation: The effects of Fed policy changes (or those of any other significant central bank) are transmitted instantly into external FX and related global financial markets – once the protective moat of a fixed exchange rate is removed.

The last bolded phrase is the heart of the matter. Under Bretton Woods and preceding gold-based fixed exchange rate regimes, domestic monetary policy did not change the FX value of a currency, either immediately or over time.

It did have external effects, of course, but those were transmitted through the inflow/outflow of reserve assets/gold depending upon whether domestic monetary policy was causing the banking system and domestic credit to contract or expand.

Under the gold standard (when it was actually being observed during peacetime and convertibility was not suspended), therefore, countries could stupidly try to slash interest rates in order to goose domestic credit and inflation in a futile effort to kick start prosperity, but the negative feedback loop was swift and painful.

To wit, the resulting accelerating outflow of gold or other reserve assets drained domestic banking systems of high powered money and sent interest rates boomeranging right back higher, which, in turn, caused loans to become scarcer or even existing credits to be liquidated and economic activity to slow.

Stated differently, under the gold standard you didn’t need any nincompoop Secretary of the Treasury like Steve Mnuchin or a statist madman in the Oval Office like the Donald to stop “currency manipulators”. The international gold market did the job with unblinking efficiency and on a level playing field. That’s because at the end of the day, all gold-backed currencies which maintained their fixed exchange rates were effectively the same money – just printed in different colors and different languages and bedecked with the images of different sovereigns, living and dead.

To be sure, like any other human institution, the modern international gold standard did not work perfectly. During the 1920s, for example, as the major countries struggled to resume convertibility after the World War I hiatus, central bankers – led the Bank of England and the Fed – conspired to defeat or override market forces, and ultimately paved the way for the system crash when England suspended convertibility in September 1931. 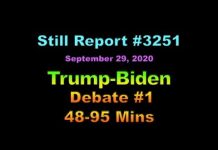