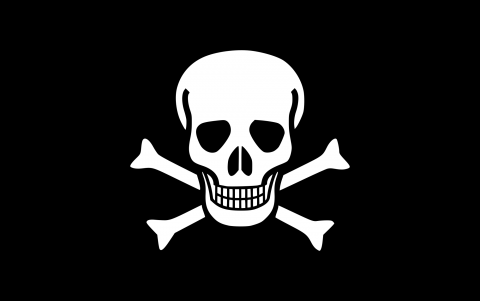 History shows that when the FBI moves into control the crime scene and manage the scene, the first casualty is the truth.

In the case of the El Paso shooting, I am stunned, but not surprised, by the emerging similarities between the JFK assassination, the RFK assassination the Aurora, CO. Batman mass killing and the Vegas Massacre. We see striking similarities with each other and with the more recent El Paso massacre which has now left 22 dead.

I know the globalist playbook, because I have seen it too many times. The coverups are normally very sloppy and have more holes in the official narrative bigger than a bucket of swiss cheese. I have often said if the alternative media had been around in 1963, the JFK assassination would have been solved in less than a week. Of course, the “officials” that are investigating always have a fallback position that “only a conspiracy theorist would believe anything except the official narrative”.

In recent years the FBI controls the investigation even though it is clearly a local matter. This strategy of seizing the narrative by the FBI is an attempt to centralize the control over the false flag event by controlling witnesses and preventing leaks as much as possible. I can never forget the jurisdictional battle that took place between the local Texas Coroner, Earl Rose, and the Secret Service following the JFK assassination. Rose demanded to do an autopsy as required by Texas law. The Secret Service seized the body and formed a phalanx and nearly ran over Rose. At the same time, LBJ had ordered the Presidential limousine stripped and scrubbed of any forensic evidence.  The federally controlled fix was in and we see this element of control in El Paso.

Along these same lines, we also know that Oswald could have not done all that shooting in the time frame allowed and his weapon was incapable doing the crime as described by the Warren Commission. And both photographic (Mormon photo) and eyewitness accounts who placed a hit team behind the picket fence on the grassy knoll, were ignored by the authorities. Further, immediately after the JFK shooting there were men who were flashing FBI and Secret Service credentials and were seizing all cameras at the scene and promised to return the same within 10 days. On the duty logs of the day, there no Secret Service or FBI agents scheduled to be in the grassy knoll area.  Along these lines, I was shocked how quickly the ATF and then the FBI were on scene and had taken total control. Again, this is a classic manner in which jurisdiction, inappropriately placed under the control of the FBI has led to evidence manipulation.

In the case of the FBI’s management of the case, both the Las Vegas PD and the Clark County Sheriff were highly frustrated at the management and manipulation of evidence in that case and local law enforcement expressed those concerns loud and clear.

The El Paso shooting contains jurisdictional usurpation. I saw a screenshot on the Daily Mail of a local El Paso TV station reporting that there were 3 shooters in custody early on and that remained the narrative until the ATF, followed by the FBI showed up and controlled the crime scene. In what I had published two days ago, my high-ranking Federal LEO told me that there were two crime scenes and 3 shooters, then 2, then only 1. What happened to those 3 men in custody? It reminds me of the so-called hobos who were taken into custody immediately after that JFK assassination and these men were inexplicably released. ASs Mark Twain stated, history sure does rhyme.

The Lone Nut with Self-Incriminating Diaries and/or a Manifesto

James Holmes, the Batman shooter, had written material that was fragmented, contained different writing styles but supposedly was written by Holmes and designed to provide motive for his actions in Aurora. Holmes, a poor medical student, somehow acquired about $80,000 of military grade equipment designed to give him an identity of a radical extremist capable of mass murder. Crusius had eye wear, sophisticated ear buds which according my federal law enforcement officer is highly unusual in a shooting like this.

This medical student, James Holmes, even booby trapped his own apartment and he had no military training and nobody ever know of his interest in guns. I personally interviewed two survivors of the Batman shooting. All the debriefed witnesses were threatened with prosecution for aiding and abetting terrorism if they told their story in a way that was not approved by the FBI. Wonder why there has never been a book about the event? Both anonymous witnesses, each watching a different movies in a different theatre had their own shooter. Holmes did not act alone or even act. Cruisus has no identifiable link to guns and or having a prior interest in shooting. Of course, a narrative could be invented to cover this hole in the narrative.

In the cases of JFK, RFK and MLK, the “lone nut assassin” had a diary stating intent. So let me see, the 3 major assassinations of the 20th Century had all of these elements in common. We also see something similar with the Paddock Vegas Massacre. And now we have the so-called Crusius manifesto. Very early on, I predicted Crusius would have something in writing that would implicate him.

We see this played out again with El Paso shooter. In the midst of an 11 hour trek from DFW to El Paso, he uploaded his manifesto to social media and a mere 20 minutes later he was committing mass murder. I formerly taught at the University level and have taught graduate and undergraduate courses. I taught Master Degree students how to write up their research for their theses. I know and can identify the writing styles and sophistication of writing by my students. After reading the so-called manifesto, it is clear that this 21 year old, given his educational attainment, did not write this manifesto. The level of writing is on a graduate level in terms of grammar, organizational schematics and political knowledge.

The Oswald diary which implicated him with the killing of JFK, when analyzed by handwriting analysts destroys the time frame of creation. It was written in a few short sessions instead of a period of months. Oswald was not a scholar and the level of writing was above his academic skills which were well-documented. We saw the same strategy with MLK and RFK.  Same song, 15th verse.

The subtitle says it all. The so-called Vegas shooter, Paddock, fits this profile as do so many other mass shooters. However, everything does not always go according to plan. In both cases, James Holmes and Patrick Crusius, were found by law enforcement, dazed and confused and sitting in their cars. This is classic Manchurian post-event hypnotic suggestion. This is the fail-safe programming of a Manchurian candidate should they not die in the act or take their own lives. Look for this element of the Crusius story to change because of its similarity Holmes.

Adding to this mystery, is the coincidence that both men had fathers that were deeply involved in mental health. Perhaps this is a coincidence, or perhaps not. I am certain more details will emerge on the father of Crusius which may, or many not, be relevant.

On Governor Connolly’s hospital stretcher, the so-called “magic bullet” was placed on his stretcher, It was designed to implicate Oswald. We have clear photographic evidence that Crusius had no extra magazines in his vest or on his bodies. So there is a mismatch between the casualty count and the 30 bullets that would have been in his lone magazine. Of course, for Oswald, his Italian rifle had a defective scope and the mechanical firing time needed to squeeze off 3 world class shots for a man who twice failed his marine corps marksmanship test, was not possible. Of course, Crusius, had the same issue. However, the forensics problem is solved when one considers the snipers lair on the Dal Tex building to the rear of the JFK motorcade and of course, the two assassins on the grassy knoll. There are Crusius accomplices as well.