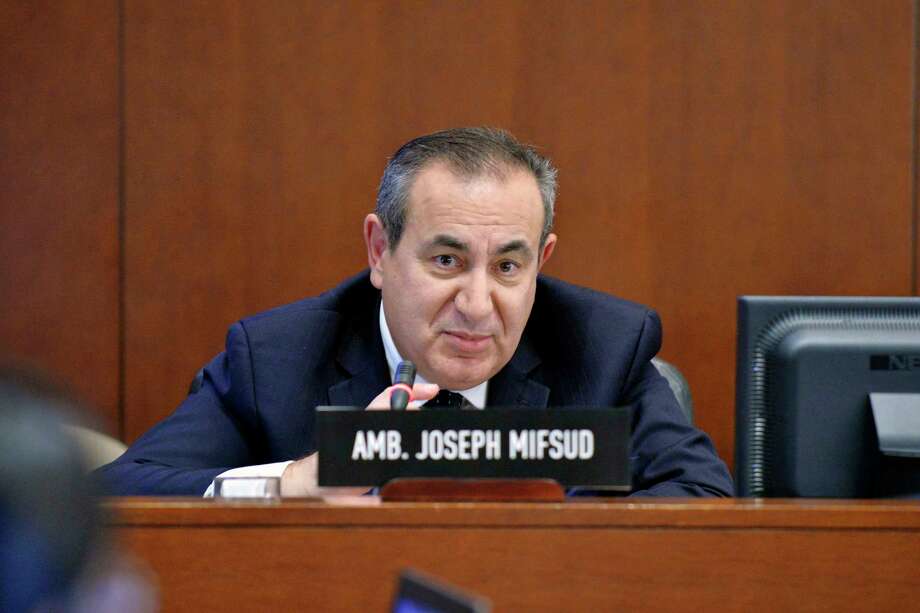 Via The Washington Examiner…

U.S. Attorney John Durham and Sen. Lindsey Graham, leading separate inquiries into the origins of the Trump-Russia investigation, have obtained an audio deposition of Joseph Mifsud, the mysterious Maltese academic who claimed Russia had “dirt” on Hillary Clinton.

The revelation about Mifsud came from The Hill’s John Solomon, who spoke with Sean Hannity on Fox News last Thursday. Solomon’s widely reported bombshell last week was that Justice Department Inspector General Michael Horowitz had criminally referred former FBI James Comey to the DOJ because of his alleged leaking of classified information in his memos and a lack of candor with investigators, but the DOJ declined prosecution.

But this tidbit about Mifsud made fewer headlines.

Special counsel Robert Mueller’s 448-page report, released in April with redactions, stated Mifsud traveled to Moscow in April 2016, after which he met George Papadopoulos in London. Mueller’s report said that during this meeting, Mifsud informed Papadopoulos he learned the Russians had “dirt” on Clinton in the form of “thousands of emails.” Papadopoulos later repeated this claim to Australian diplomat Alexander Downer, who informed the U.S. government and prompted the original counterintelligence investigation into Trump’s campaign in 2016.

Mifsud’s alleged attorney Stephan Roh said in late July that Durham intended to interview Mifsud. He said that if an interview failed to pan out, Durham’s team at least wanted to view a recorded deposition Mifsud gave in 2018 on his role in the Trump-Russia controversy. Roh said he would provide at least one page of the deposition to Durham’s investigators.

Solomon told Hannity that Durham’s team “obtained an audiotaped deposition of Joseph Mifsud, where he describes his work, why he targeted Papadopoulos, who directed him to do that, what directions he was given, and why he set that entire process of introducing George Papadopoulos to Russia in motion in March of 2016.”

Solomon called the meeting between Papadopoulos and Mifsud “really the flash point, the starting point of this whole Russia collusion narrative.” And Solomon said Graham “has also obtained the same deposition.”

“So you now have the Senate and a federal prosecutor,” Solomon said.

Attorney General William Barr was given total “declassification authority” by President Trump to look into the way the Justice Department and the FBI handled the inquiry into Trump, and picked Durham to be his right-hand man in the effort. Graham, the chairman of the Senate Judiciary Committee, has promised his own “deep dive,” as well.