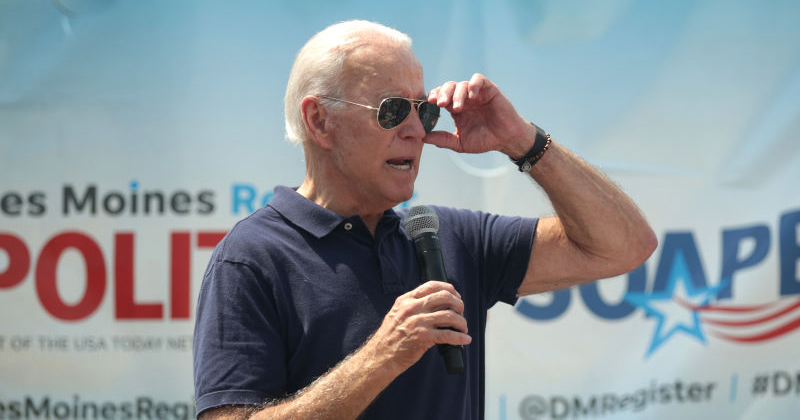 Are these people even paying attention to what he’s saying?

The gaffe took place during at a campaign stop in Iowa, as Biden, 76, appeared to be wrapping up his speech.

“We choose truth over facts.” -Biden

“We choose unity over division. We choose science over fiction,” Biden yelled at the Iowa State Fair crowd, before adding “We choose truth over facts,” at which point the audience hollered.

Here’s a version with a bit more context:

#JoeBiden is choosing “science over fiction” and “truth over facts.” Unless, Joe is a Hegelian I think he mixed up his words there. #JoeBiden2020 #IowaStateFair #DesMoines #dmrsoapbox pic.twitter.com/TVLhNuLC8s

In another gaffe this week, the 2020 Democrat presidential candidate also flubbed the names of the places where two mass shootings took place over the weekend, referring to El Paso, Texas, and Dayton, Ohio, as “Houston” and “Michigan” during another campaign event.