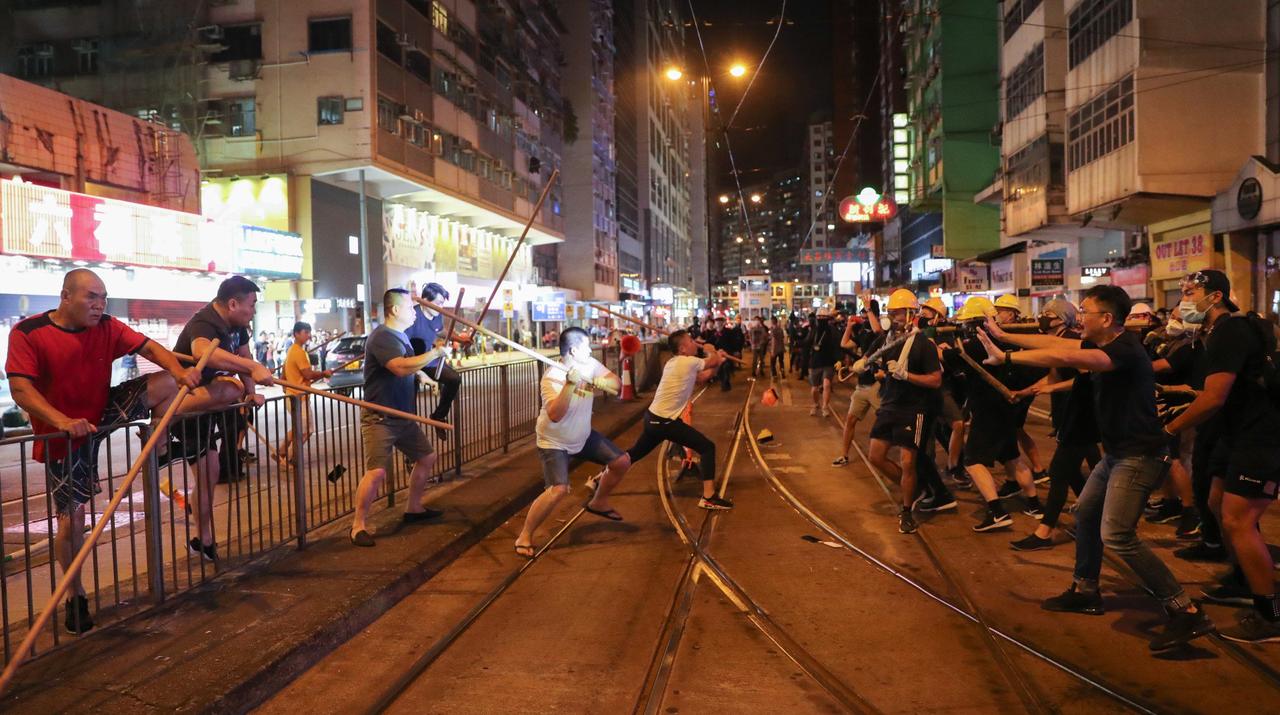 The situation in Hong Kong is rapidly deteriorating, with violence breaking out in seven locations Monday afternoon as the citywide strike crippled transportation.

What were supposed to be peaceful sit-ins in different districts turned into riots, “with Wong Tai Sin and Harcourt Road seeing the most intense confrontations as protesters kneel instead of flee, to shield themselves while tear gas rounds and sponge grenades rain on them,” according to SCMP.

VIDEO: 🇭🇰 Hong Kong police launch rounds of tear gas and try to clear pro-democracy protesters who had gathered near a police dormitory in the working-class district of #WongTaiSin #HongKongProtests pic.twitter.com/GkuCBM0DCV

Protesters threw a suspected gasoline bomb at police after first being attacked by bricks.

20:00 A suspected gasoline bomb was thrown by protesters to the police who were resting on Tai Po Tai Wo road near the crossroad with Nam Wan Rd. The police were attacked suddenly first by bricks from the protesters and then the bomb. #antiELAB pic.twitter.com/hyv8YLhKxH