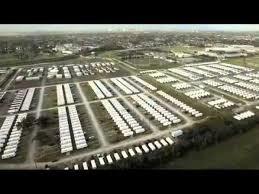 Between researchers such as Mike Adams, myself and others, it has clearly been established that America is suffering from a bad case of false flag attacks. By the end of the first 24 hour cycle, the false flag nature of the El Paso shooting had already been established beyond a reasonable doubt. Now we have learned that the Dayton shooter was an Elizabeth Warren supporter and we are not totally certain about who he really is. Therefore, I am not going to waste anymore of time debating forensics, disputing eyewitness accounts which collaborate each other’s stories. America is looking, as I have already labeled it, a TET Offensive of false flags sponsored by the Deep State Left. End of story. Now, we are going to talk about why this is happening and, more importantly, where this is leading.

This article is going to focus on the de facto declaration war of the Left being brought against every Patriotic and Constitutional-supporting American. The targets of the left are quickly expanding to include white people, Blacks and Hispanics who are not on board with the extremist Leftist agenda, Christians and anyone else who are not in support of the communist rhetoric associated with the Bolshevik-style revolution sweeping this country.  And if people think that the Second Amendment is going to protect them, think again. Democrats, Republicans and even President Trump are joining forces to endanger the average American as we move down the path of gun confiscation.

A Precursor to Revolution

It is prima facie evidence, if one is confiscating guns, they are in the process of committing genocide.

To minimize casualties, the target of the revolution must have their ability to defend themselves taken away. In modern day America, that means taking away the Second Amendment. As the University of Hawaii Democide Project revealed, there were 16 genocides in the 20thcentury and everyone of them was preceded by gun confiscation. That effort is well underway in modern day America. I would recommend that the readers spend time on the University of Hawaii site as it will make one realize that every American is a short step away from genocide. And if one doubt that this could never happen in America, I refer you to the Milgram Experiment. By the way, I did a Google search using the term “The Common Sense Show and the Milgram Experiment”.  Despite the fact that the CSS has covered the Milgram Experiment in a variety of settings, Google did not show any of CSS’ articles on the topic and I scanned the first 10 pages and Google told Congress they don’t censor. Here is the link to one of the many articles that appears on the CSS regarding the Milgram Experiment.

The unconstitutional nature of Red Flag laws used to solely be the brainchild of Democratic extremists. Now, Republicans, including Trump, Crenshaw and Graham are now fully on board with the 21st century version of the Salem Witch Trials.

In case some have been burying their collective heads in the sand, a Red Flag law states that someone can have a personal enemy who falsely tells law enforcement  that the “someone” has their gun confiscated without due process. How many are going to die? The number will be greater than the number of victims of these false flag events which are clearly designed to get the guns.

We must realize that we are witnessing a revolution against the United States and the Constitution. The elements of revolution are firmly embedded. We speak of the variables of a revolution as if they were separate events. They are not. All that is happening today is well orchestrated. The Deep State is the MSM. The MSM is the Deep State. The Deep State is the Democratic Party. The Democratic Party is the MSM which now represents a type of Bolshevik Revolution.  History has seen this before. One could take my following paragraphs and apply it dozens of previous revolutions. It is just that this revolution is not just depicted in history books. The forces behind this revolution are targeting you and your family. To repeat, “they” will say that “someone” is unhinged and dangerous. I will say again, without any due process, your local LEO’s can show up to door and take your guns and will kill you if you resist as has already been proven to be the case.

President Trump stated that he supported Red Flag laws because there might not be time to “go through the legal process”. So, now time is being used as the reason to violate the Second Amendment and the due process procedures of the Fifth Amendment.  And speaking of Trump, he has now sanctioned the FBI and the DOJ, as a whole, to search the internet for signs of websites that incite hate. “Hate”, today, is all in the eye of the beholder. In social media, one gets banned for disagreeing with the extremist Leftist agenda and the reason most often cited is “hate”.  Make no mistake about it, this is “pre-crime”.

The victim of this modern-day set of witch trials are conservative Christians.  This misguided action will play out in the following manner: Someone visits a website, finds an older article that nobody is looking at and plants a threatening comment. The FBI, possibly in on the setup, exposes the comment and the website is shut down and in tomorrow’s Leftist America, the website owner may even face criminal charges. Remember, America, the First Amendment and due process are dead in America as well as the Fourth Amendment related to search and seizure.

America, hear me clearly, this is the objective of these false flag attacks. If you are a conservative American, you are being profiled for final disposition. Once the guns are gone, you are next.

The World Has Seen This Before: The Anatomy of a Revolution

America is being taken over by a powerful minority. Make no mistake about it, this is a type of Bolshevik Revolution.  History has seen this before. One could take my following paragraphs and apply it dozens of previous revolutions. It is just that this revolution is just depicted in history books. The forces behind this revolution are targeting you and your family.

Even the left is not so stupid that they would immediately begin a deadly purge against “undesirable deplorables”. The process is almost always incremental. The following represents the typical scenario followed by most revolutions.

The Seven Steps to Genocidal Tyranny