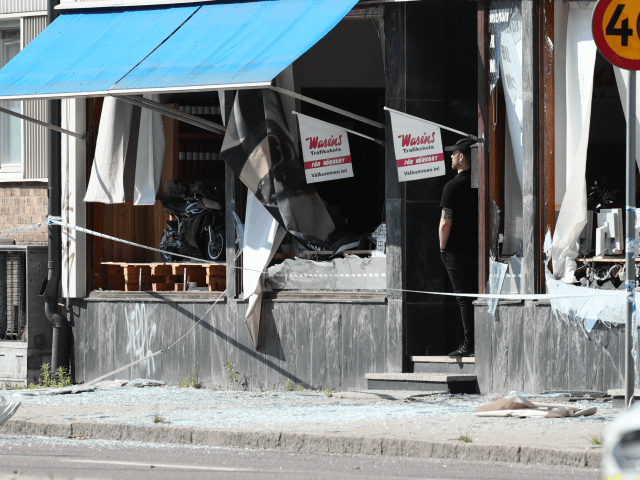 Swedish police say that the number of explosive incidents and bombings in Sweden from January to July has increased 45 percent compared to the same period in 2018.

Statistics released by the police show that Sweden saw a total of 83 explosive incidents during the period from January to July, a number that has increased to 120 this year, Swedish newspaper Dagens Nyheter reports.

Last year saw a total of 157 explosions across the country according to Dagens Nyheter, but actual numbers are somewhat unclear, with other groups such as the Crime Prevention Council BRÅ reporting 108 claims of general destruction by an explosion in 2018.

The National Forensic Center (NFC), which also investigates explosive incidents, sets the number of cases in 2018 at 255 and 196 so far this year. NFC statistics show a steady increase in cases year-on-year with only 93 cases occurring in 2013.

While the exact numbers differ, all of the organisations agree that 2019 has seen a rise in explosions and bombings.

Criminologist Sven Granath commented on the explosions saying, “Yes, unfortunately, it has increased. Why we do not know, this may be due to the increase in gun violence at the national level. In individual locations, there may be one or more conflicts between criminal networks, but it is very difficult to know.”

Granath also noted that investigators never know for certain were the materials used in the explosions come from saying, “You can only really speculate. It may be stolen from a building site and sold on, or maybe smuggled in.”

Police say that the nature of explosives has also changed in recent years. In prior years, hand grenades, often from the Balkan region, were more common but now explosives like dynamite were becoming more common and increasingly stolen from construction sites.

Petra Stenkula, head of investigations at the South Police Department working against serious organised crime, told Dagens Nyheter that the explosions are likely linked to organised crime and could be increasing due to stricter firearms legislation.