U.S.—A new candidate has come out of nowhere to surge in the polls in the Democratic primary, and she’s only six years old. Susie Peters of Minneapolis, Minnesota, was on a local news segment where children gave their opinions on world problems, and she asked, “Why can’t we just give everyone everything they want for free?” The message quickly went viral and really resonated with Democratic voters, propelling Susie from unknown to third in most polls, ahead of Bernie Sanders and just behind Elizabeth Warren and Joe Biden.

“She really has a plan for everything,” said Melinda Carlson, one of Susie’s enthusiastic supporters. “While Elizabeth Warren only has a plan for getting people free health care and free college, Susie has a plan to get everyone free everything. She’s truly a visionary.”

Her new candidacy has upset some of the other candidates, with Bernie Sanders accusing Susie of stealing all his ideas. Others say the math in her plans doesn’t add up, to which Susie says she doesn’t like math and instead likes “Twilight Sparkle.” And President Trump has taken notice, vowing to trounce Susie in the general since Trump himself can “read and write at the level of an eight-year-old.” There are also concerns Susie may be gaffe-prone like Joe Biden, as one day at school Susie referred to her teacher as “Mommy” by mistake, prompting a round of laughter from her classmates.

Still, Susie has unveiled her new popular campaign slogan, “But I want it!” and has already qualified for the next Democratic presidential debate, though she may not be able to attend since it will be on past her bedtime.
Read More @ BabylonBee.com 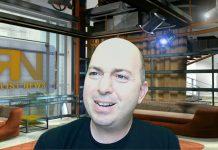