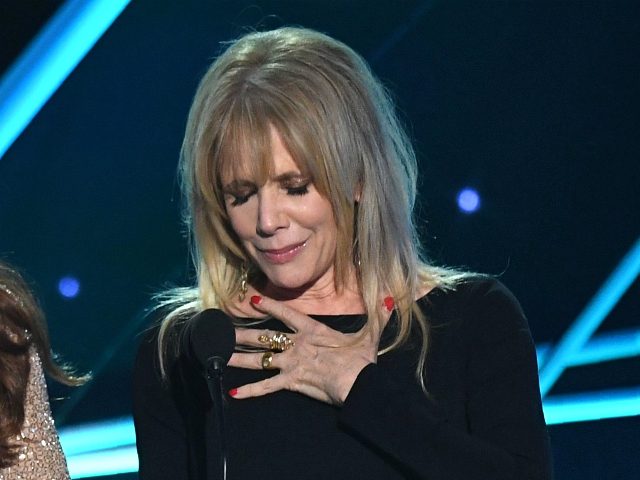 Hollywood Actress Rosanna Arquette is apologizing for being born white, saying she’s ashamed of the privilege she believes her skin brings.

“I’m sorry I was born white and privileged. It disgusts me. And I feel so much shame,” the Pulp Fiction actor said on Wednesday.

I’m sorry I was born white and privileged. It disgusts me. And I feel so much shame.

It’s not clear exactly why the award-winning actress, whose net worth is estimated at about $9 million, announced her shame for being white. But the Crashing star is certainly no stranger to outrageous statements.

On Monday, Arquette posted a photo of herself kneeling in front of dozens a American flags. She captioned the tweet by saying, “I’ll never stand for the flag again.”

When the Whole Nine Yards star isn’t denouncing her skin color and the American flag, she’s bashing the country and President Donald Trump.

In March, Arquette said President Donald Trump is perpetuating a “sick dictatorship” and running “a government that has normalized racism rape, mass killings from Guns Pedophilia, homophobia.” She followed up that missive with another, lambasting U.S. immigration and border enforcement. “Children are sick and dying inside the cruel concentration camps in the united states of America this will be the trump administrations legacy.”

Rosanna Arquette isn’t the only blonde award-winning actress to wish she wasn’t white. In 2016, Actress Julie Delpy said she believes there’s “nothing worse than being a woman” in Hollywood and wished she were black instead.