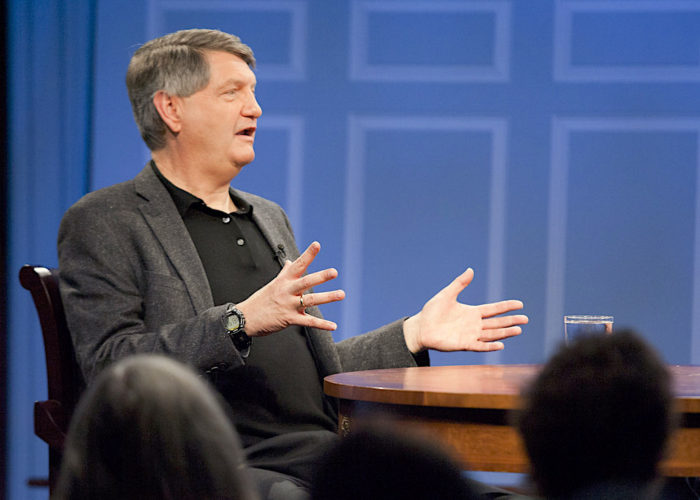 It is verboten to utter his name, but a lawsuit and possible declassification of NSA documents could get to the bottom of the Seth Rich controversy, says Ray McGovern.

As if it weren’t enough of a downer for Russiagate true believers that no Trump-Russia collusion was found, federal judges are now demanding proof that Russia hacked into the DNC in the first place.

It is shaping up to be a significant challenge to the main premise of the shaky syllogism that ends with “Russia did it.”

If you’re new to this website, grab onto something, as the following may come as something of a shock. Not only has there never been any credible evidence to support the claim of Russian cyber interference, there has always been a simple alternative explanation that involves no “hacking” at all — by Russia or anyone else.

As most Consortium News habitués are aware, Veteran Intelligence Professionals for Sanity (which includes two former NSA technical directors), working with independent forensic investigators, concluded two years ago that what “everyone knows to be Russian hacking of the Democratic National Committee” actually involved an insider with physical access to DNC computers copying the emails onto an external storage device — such as a thumb drive. In other words, it was a leak, not a hack.

VIPS based its conclusion on the principles of physics applied to metadata and other empirical information susceptible of forensic analysis.

But if a leak, not a hack, who was the DNC insider-leaker? In the absence of hard evidence, VIPS refuses “best-guess”-type “assessments” — the kind favored by the “handpicked analysts” who drafted the evidence-impoverished, so-called Intelligence Community Assessment of Jan. 6, 2017. 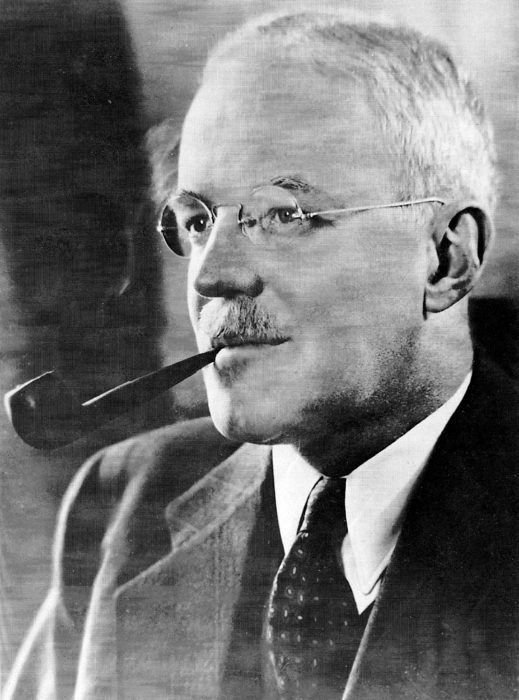 Simply letting the name “Seth Rich” pass your lips can condemn you to the leper colony built by the Washington Establishment for “conspiracy theorists,” (the term regularly applied to someone determined to seek tangible evidence, and who is open to alternatives to “Russia-did-it.”)

Rich was a young DNC employee who was murdered on a street in Washington, DC, on July 10, 2016. Many, including me, suspect that Rich played some role in the leaking of DNC emails toWikiLeaks. There is considerable circumstantial evidence that this may have been the case. Those who voice such suspicions, however, are, ipso facto, branded “conspiracy theorists.”

That epithet has a sordid history in the annals of U.S. intelligence. Legendary CIA Director Allen Dulles used the “brand-them-conspiracy-theorists” ploy following the assassination of President John F. Kennedy when many objected — understandably — to letting him pretty much run the Warren Commission, even though the CIA was suspected of having played a role in the murder. The “conspiracy theorist” tactic worked like a charm then, and now. Well, up until just now.

Rich Hovers Above the Courts

U.S. Courts apply far tougher standards to evidence than do the intelligence community and the pundits who loll around lazily, feeding from the intelligence PR trough. This (hardly surprising) reality was underscored when a Dallas financial adviser named Ed Butowsky sued National Public Radio and others for defaming him about the role he played in controversial stories relating to Rich.On August 7, NPR suffered a setback, when U.S. District Court Judge Amos Mazzant affirmed a lower court decision to allow Butowsky’s defamation lawsuit to proceed.

Judge Mazzant ruled that NPR had stated as “verifiable statements of fact” information that could not beverified, and that the plaintiff had been, in effect, accused of being engaged in wrongdoing without persuasive sourcing language. 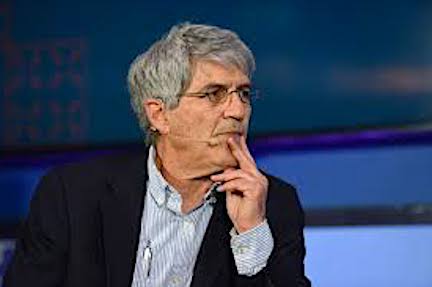 Imagine! — “persuasive sourcing” required to separate fact from opinion and axes to grind! An interesting precedent to apply to the ins and outs of Russiagate. In the courts, at least, this is now beginning to happen. And NPR and others in similarly vulnerable positions are scurrying around for allies. The day after Judge Mazzant’s decision, NPR enlisted help from discredited Yahoo! News pundit Michael Isikoff (author, with David Corn, of the fiction-posing-as-fact novel Russian Roulette). NPR gave Isikoff 37 minutes on its popular Fresh Air program to spin his yarn about how the Seth Rich story got started. You guessed it; the Russians started it. No, we are not making this up.

It is far from clear that Isikoff can be much help to NPR in the libel case against it. Isikoff’s own writings on Russiagate are notably lacking in “verifiable statements of fact” — information that cannot be verified. Watch, for example, his recent interview with Consortium News Editor Joe Lauria on CN Live!

Isikoff admitted to Lauria that he never saw the classified Russian intelligence document reportedly indicating that three days after Rich’s murder the Russian SVR foreign intelligence service planted a story about Rich having been the leaker and was killed for it. This Russian intelligence “bulletin,” as Isikoff called it, was supposedly placed on a bizarre website that Isikoff admitted was an unlikely place for Russia to spread disinformation. He acknowledged that he only took the word of the former prosecutor in the Rich case about the existence of this classified Russian document.

In any case, The Washington Post, had already debunked Isikoff’s claim (which later in his article he switched to being only “purported”) by pointing out that Americans had already tweeted the theory of Rich’s murder days before the alleged Russian intervention.

Butowsky’s libel lawsuit can now proceed to discovery, which will include demands for documents and depositions that are likely to shed light on whatever role Rich may have played in leaking to WikiLeaks. If the government obstructs or tries to slow-roll the case, we shall have to wait and see, for example, if the court will acquiesce to the familiar government objection that information regarding Rich’s murder must be withheld as a state secret? Hmmm. What would that tell us? 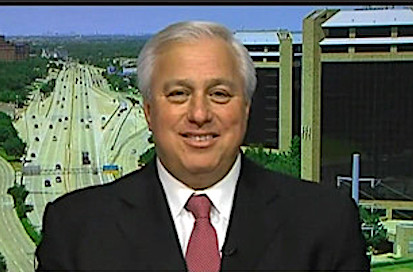 During discovery in a separate court case, the government was unable to produce a final forensic report on the “hacking” of the Democratic National Committee. The DNC-hired cyber firm, CrowdStrike, failed to complete such a report, and that was apparently okay with then FBI Director James Comey, who did not require one.

The incomplete, redacted, draft, second-hand “forensics” that Comey settled for from CrowdStrike does not qualify as credible evidence — much less “persuasive sourcing” to support the claim that the Russians “hacked” into the DNC. Moreover, CrowdStrike has a dubious reputation for professionalism and a well known anti-Russia bias.

The thorny question of “persuasive sourcing,” came up even more starkly on July 1, when federal Judge Dabney Friedrich ordered Robert Mueller to stop pretending he had proof that the Russian government was behind the Internet Research Agency’s supposed attempt to interfere via social media in the 2016 election. Middle school-level arithmetic can prove the case that the IRA’s use of social media to support Trump is ludicrous on its face.

As journalist Patrick Lawrence put it recently: “Three years after the narrative we call Russiagate was framed and incessantly promoted, it crumbles into rubble as we speak.” Falling syllogism! Step nimbly to one side.

The “conspiracy theorist” epithet is not likely to much longer block attention to the role, if any, played by Rich — the more so since some players who say they were directly involved with Rich are coming forward.

In a long interview with Lauria a few months ago in New Zealand aired this month on CN Live!, Kim Dotcom provided a wealth of detail, based on what he described as first-hand knowledge, regarding how Democratic National Committee documents were leaked to WikiLeaks in 2016.

The major takeaway: the evidence presented by Dotcom about Seth Rich can be verified or disproven if President Trump summons the courage to order the director of NSA to dig out the relevant data, including the conversations Dotcom says he had with Rich and Rich may have had with WikiLeakspublisher Julian Assange. Dotcom said he put Rich in touch with a middleman to transfer the DNC files to WikiLeaks. Sadly, Trump has flinched more than once rather than confront the Deep State — and this time there are a bunch of very well connected, senior Deep State practitioners who could faceprosecution.

Another sign that Rich’s story is likely to draw new focus is the virulent character assassination indulged in by former investigative journalist James Risen.

Not Risen to the Challenge 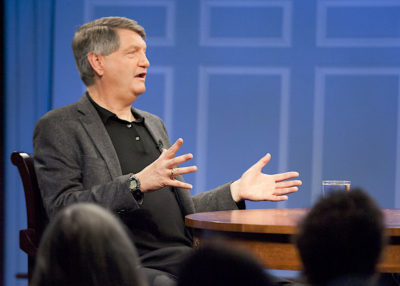 On August 5, in an interview on The Hill’s“Rising,” Risen chose to call former NSA Technical Director Bill Binney — you guessed it — a “conspiracy theorist” on Russia-gate, with no demurral, much less pushback, from the hosts.

The having-done-good-work-in-the-past-and-now-not-so-much Risen can be considered a paradigm for what has happened to so many Kool-Aid drinking journalists. Jim’s transition from investigative journalist to stenographer is, nonetheless unsettling. Contributing causes? It appears that the traditional sources within the intelligence agencies, whom Risen was able to cultivate discreetly in the past, are too fearful now to even talk to him, lest they get caught by one or two of the myriad surveillance systems in play.

Those at the top of the relevant agencies, however, are only too happy to provide grist. Journalists have to make a living, after all. Topic A, of course, is Russian “interference” in the 2016 election. And, of course, “There can be little doubt” the Russians did it.

“Big Jim” Risen, as he is known, jumped on the bandwagon as soon as he joined The Intercept, with a fulsome article on February 17, 2018 titled “Is Donald Trump a Traitor?” Here’s an excerpt:

“The evidence that Russia intervened in the election to help Trump win is already compelling, and it grows stronger by the day.

“There can be little doubt now that Russian intelligence officials were behind an effort to hack the DNC’s computers and steal emails and other information from aides to Hillary Clinton as a means of damaging her presidential campaign. … Russian intelligence also used fake social media accounts and other tools to create a global echo chamber both for stories about the emails and for anti-Clinton lies dressed up to look like news.

“To their disgrace, editors and reporters at American news organizations greatly enhanced the Russian echo chamber, eagerly writing stories about Clinton and the Democratic Party based on the emails, while showing almost no interest during the presidential campaign in exactly how those emails came to be disclosed and distributed.” (sic)

Poor Jim. He shows himself just as susceptible as virtually all of his fellow corporate journalists to the epidemic-scale HWHW virus (Hillary Would Have Won) that set in during Nov. 2016 and for which the truth seems to be no cure. From his perch at The Intercept, Risen will continue to try to shape the issues. Russiagaters major ally, of course, is the corporate media which has most Americans pretty much under their thumb.