In the 2016 presidential election, Hillary Clinton won the bi-coastal “blue states”, whereas Donald Trump won the “red states” in the heartland — what the MSM call “fly over country” and liberal elites like Katie Couric call “this great unwashed middle of the country”.

During the 2016 presidential campaign, in a speech at an LGBT fundraiser in Manhattan on September 10, 2016, Hillary Clinton called Trump’s supporters “a basket of deplorables” who are “irredeemable” racists, homophobes and xenophobes.

Here’s the trailer, which ESPN pulled over the weekend because of the El Paso and Dayton mass shootings.

The film, which has been described as a gory satire featuring actresses Hilary Swank and Betty Gilpin, follows a group of elites who stalk and murder conservatives in red states. The hunters are fueled by their hatred of the “MAGA-type” characters and their right-leaning positions. While the term “deplorables” may not be explicitly stated in the trailer, Daily Mail notes that the “hunted” were, in fact, described as “deplorables” in the screenplay.

It is not clear whether the filmmakers are sympathetic to the “Deplorables” or the “hunters.” Nevertheless, Blumhouse founder Jason Blum is a notorious Trump-hater who was booed off stage at the 32nd Israeli Film Festival in Los Angeles last year after blaming the president for the rise of anti-Semitism.

“Did anyone see what our ratfucker-in-chief just did?” one character asks…. Another responds: “At least The Hunt’s coming up. Nothing better than going out to the Manor and slaughtering a dozen deplorables.”

According to the Hollywood Reporter, “From a business perspective, The Huntpresents a gamble for Universal in these divided times.”

That’s because a similar movie — the so-called black comedy Assassination Nation, a 2018 movie written and directed by (((Sam Levinson))) — had bombed in the box office. Like The Hunt, Assassination Nation also pitted liberals against conservatives in very violent fashion. Although the movie represented the top sale at Sundance 2018 at $10 million, Assassination Nation fizzled upon its release, earning just $2 million with no international rollout. Says one person involved with that film, “We thought people would get the joke.” 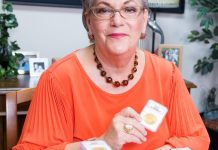