A person familiar with the investigation into Epstein’s death told the Associated Press that the prison guards falsified log entries to make it look like they were checking on inmates in Epstein’s cell every 30 minutes, when they actually weren’t.

Via the Associated Press:

A person familiar with the probe of Jeffrey Epstein’s death at a federal jail says guards are suspected of falsifying log entries to show they were checking on inmates in his unit every half hour, when they actually weren’t.

Surveillance video reviewed after the death showed guards never made some of the checks noted in the log, according to the person familiar with the investigation.

The person wasn’t authorized to disclose information and spoke to The Associated Press Tuesday on condition of anonymity.

The warden’s reassignment comes at the order of US Attorney General William Barr.

CBS News, citing an unnamed source, also reported on Tuesday that “shrieking and shouting” was heard coming from Epstein’s cell on the morning of his death. The source also said they heard corrections officers saying “breathe, Epstein, breathe,” while trying to revive him.

The cellmate of Epstein was transferred out of their shared cell on the eve of the high profile prisoner’s death, leaving him alone and unmonitored.

Epstein, 66, was being held in the special housing unit of the Metropolitan Correctional Center in New York City and was supposed to be being checked on every 30 minutes per the jail’s procedure — but he wasn’t.

And now we find out that the prison guards likely falsified the log entries.

Jeffrey Epstein was reportedly found hanging in his jail cell from his bunk bed with a prison bedsheet wrapped around his head, according to a law enforcement source who spoke to the New York Post. 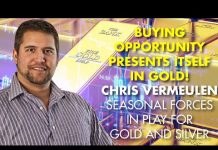